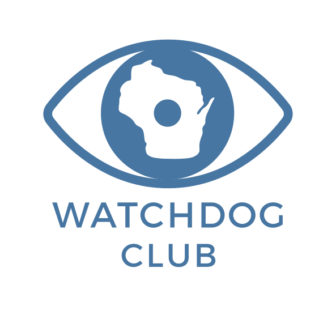 We invite you to join the Watchdog Club, a group of individuals, families and corporations committed to supporting the Wisconsin Center for Investigative Journalism and its mission — to increase the quality, quantity and understanding of investigative journalism to foster an informed citizenry and strengthen democracy. 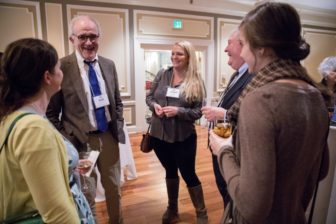 Watchdog Club members celebrated the successful launch at a February 2018 reception featuring Walt Bogdanich, a Pulitzer Prize-winning investigative journalist at The New York Times and a University of Wisconsin-Madison graduate.

Watchdog Club members share the distinction of being WCIJ’s most generous and loyal contributors. Members are WCIJ’s ambassadors. They help WCIJ to excel and innovate, while fostering an informed citizenry and strengthening our democracy.

Donors of at least $1,000 become members of our Watchdog Club and receive “behind the story” insights, events and benefits, such as coffee conversations with the Washington Post’s Jonathan O’Connell and New York Times’ Caitlin Dickerson and an evening with former New York Times Publisher Arthur Sulzberger, Jr.

The Watchdog Club Leadership Circle is a network of people and businesses taking a leadership role in sustaining investigative reporting and the training of investigative journalists. 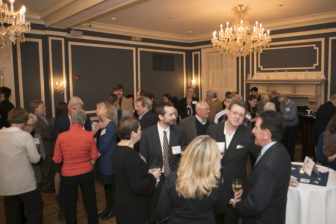 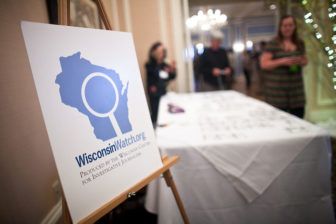 The Watchdog Club was created in 2017 to enrich members’ experience with investigative journalism, and to involve these loyal members in efforts to transform WCIJ into a larger, more financially resilient organization. WCIJ is built on three guiding principles: Protect the vulnerable. Expose wrongdoing. Explore solutions.

Members receive a full year of benefits, while building a legacy that will inform residents and strengthen our democracy for decades to come.