PLAINFIELD — Long Lake has lost its shoreline. Dock after dock dead-ends in the weeds. This small lake in the Central Sands of Wisconsin looks more like an unmowed lawn with a pond in the middle than a place where families used to water ski and fish. The lake used to be up to 12 feet deep. Now it is closer to 3 feet.

“Long Lake was once a trophy bass lake. So when we moved here, in the first two years, my boys were catching bass like crazy,” said Brian Wolf, who owns a cabin on Long Lake. “It was like catching fish in a barrel as the water declined.”

In 2006, the lake dried up completely and all the fish, including 3-foot-long northern pikes, died in the mud. Homeowners like Wolf lost their lake and more than half their property values.

Across central Wisconsin, in a region known as the Central Sands, residents have watched water levels in lakes and small streams drop for years.

In a state with about 15,000 lakes and more than a quadrillion gallons of groundwater, it is hard to believe that water could ever be in short supply. Experts say, however, that the burgeoning number of so-called high-capacity wells is drawing down some ground and surface water, including at Long Lake. …

Postcards from the Central Sands 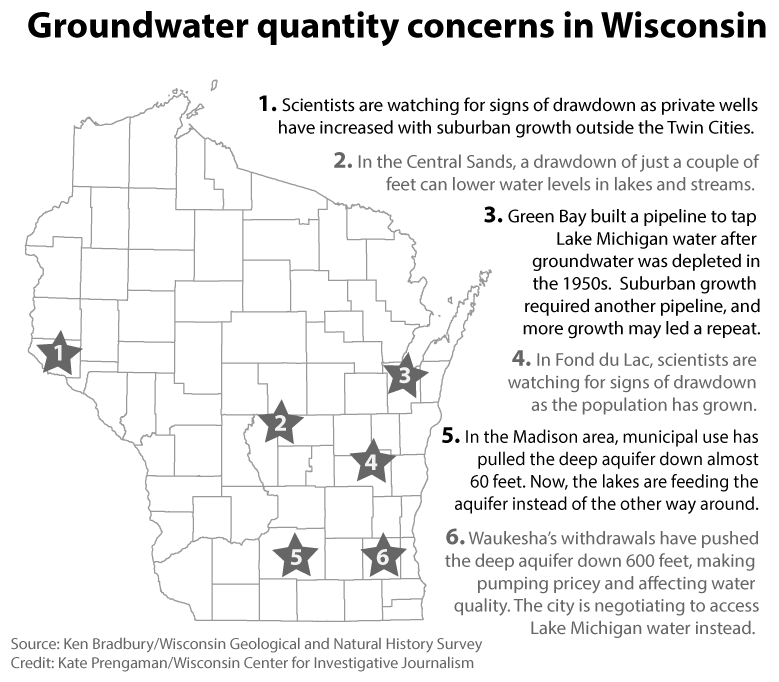 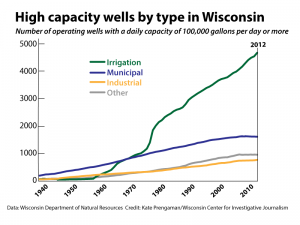 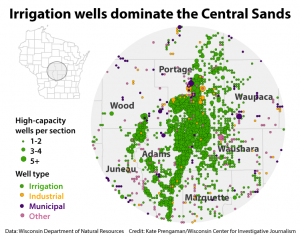 Podcast: Behind the scenes on the Central Sands groundwater beat

This reporting is part of Water Watch Wisconsin, examining water quality and quantity issues statewide. The Murky Waters project was supported by The Joyce Foundation.