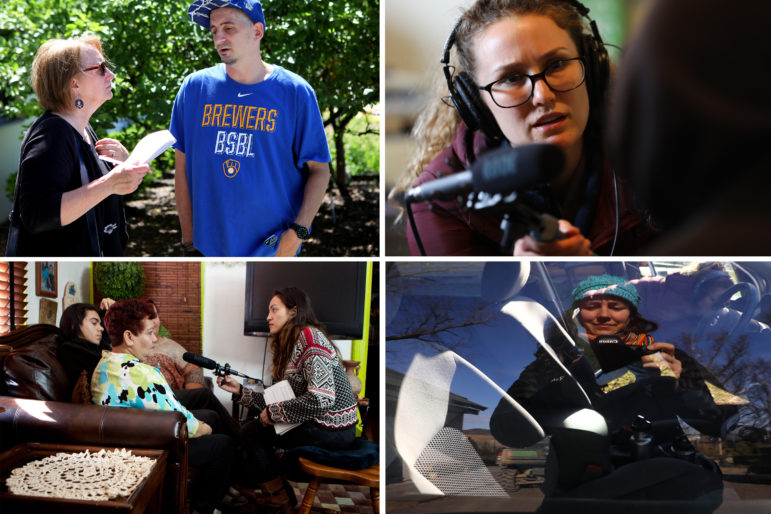 The Wisconsin Center for Investigative Journalism is a nonprofit and nonpartisan center based in Madison, Wis.

We publish our news stories on our website WisconsinWatch.org and distribute them statewide through our own distribution system and nationally through a partnership with the Associated Press.

To increase the quality, quantity and understanding of investigative journalism to foster an informed citizenry and strengthen democracy.

The Center values truth and pursues it through accurate, fair, independent, rigorous and nonpartisan reporting. We also value transparency, collaboration, innovation and a spirit of public service. These values guide the Center’s training of journalists and its investigations, which seek to protect the interests of people in vulnerable circumstances, expose wrongdoing and deficiencies in systems, and explore solutions to problems.

To fulfill its mission, the Center combines innovative technology with time-tested journalistic techniques to increase the transparency of official actions, intensify the search for solutions to governmental and societal problems, strengthen democracy and raise the quality of investigative journalism.

The Center works by:

The Center is a 501(c)(3) charitable organization operated by a professional staff under the guidance of a nationally noted board of directors. The Center collaborates with, but is independent of, the University of Wisconsin-Madison School of Journalism & Mass Communication, where it is housed; Wisconsin Public Radio; and Wisconsin Public Television — and with mainstream and ethnic news media across the nation. All works created, published, posted or disseminated by the Wisconsin Center for Investigative Journalism do not necessarily reflect the views or opinions of the University of Wisconsin-Madison or any of its affiliates.

The Center is a founding member of the Institute for Nonprofit News, formerly the Investigative News Network, the first network of nonprofit journalism organizations that conduct investigative reporting in the public interest.

The Center is a national leader in promoting journalistic ethics and financial transparency standards.

Our focus is on government integrity and quality of life issues. Since its launch in January 2009, the award-winning Center has distributed more than 350 major reports, exploring such issues as: the growing reliance on immigrants by the state’s dairy industry — published in both Spanish and English; the rising numbers of low-income students in Wisconsin schools; the role of DNA testing in proving the innocence of a dozen Wisconsin prisoners; Wisconsin’s troubling increases in suicides; the underreporting of sexual assaults on Wisconsin campuses; the flaws in Wisconsin’s GPS monitoring program; dwindling protections and incentives for whistleblowers; and the state of Wisconsin’s democracy.

Many of the Center’s reports are produced in collaboration with other news organizations in Wisconsin and nationwide. The reports have been cited, published or broadcast by more more than 800 news organizations including Wisconsin Public Radio, The New York Times, Reveal from The Center for Investigative Reporting, HuffPost, Milwaukee Journal Sentinel, Wisconsin State Journal, The Capital Times, Green Bay Press-Gazette, Oshkosh Northwestern, La Crosse Tribune, Eau Claire Leader Telegram, The Country Today, WBAY-ABC in Green Bay, Hudson Star-Observer, Janesville Gazette, La Comunidad and WisPolitics.com. The Center’s reports have reached an estimated audience of more than 73 million.

Read about the way our work is having an impact, and testimonials from our partners, supporters and former interns.