The Center’s Journalism Advisory Board is composed of distinguished journalists who offer guidance on news coverage issues.

Bergman is a producer/correspondent for the PBS documentary series “Frontline” and the Logan Distinguished Professor of Investigative Reporting at the University of California, Berkeley Graduate School of Journalism. Bergman is also a consultant to “Frontline”, advising them on the expansion of their hard news reporting, as well as an advisor to non-profit investigative news organizations like the Center for Investigative Reporting and ProPublica. Bergman is a co-founder of the Center for Investigative Reporting, one of the original producers of “20/20,” and spent 14 years as a producer of “60 minutes,” where he produced more than 50 stories on subjects ranging from organized crime, international arms and drug trafficking, to terrorism, and corporate crime. While teaching and working with “Frontline”, Bergman was an investigative correspondent for the New York Times from 1998 until 2008. He is the recipient of a Pulitzer Prize, numerous Emmys, five Alfred I. duPont-Columbia University silver and golden Baton awards, three Peabodys, a Polk Award, a Sidney Hillman award for labor reporting, the Bart Richards Award for Media Criticism and the James Madison Freedom of Information Award for Career Achievement from The Society of Professional Journalists.

Bogdanich, a three-time Pulitzer Prize winner, is a New York Times investigations editor and former investigative producer for 60 Minutes and ABC News. Bogdanich graduated from UW-Madison in 1975 with a degree in political science. He received a master’s in journalism from Ohio State University in 1976. In 2008, Bogdanich won the Pulitzer Prize for Investigative Reporting for the series “A Toxic Pipeline,” which tracked how dangerous and poisonous pharmaceutical ingredients from China have flowed into the global market. Bogdanich also won the Pulitzer Prize in 2005 for National Reporting for his series “Death on the Tracks,” which examined the safety record of the U.S. railroad industry, and in 1988 for Specialized Reporting, for his articles in The Wall Street Journal on substandard medical laboratories. He has also won four George Polk Awards, an Investigative Reporters and Editors Award, and an Overseas Press Club award.

Coronel is the inaugural director of the Toni Stabile Center for Investigative Journalism at Columbia University’s Graduate School of Journalism. She is a co-founder of the award-winning Philippine Center for Investigative Journalism, a nonprofit investigative reporting agency. Under Coronel’s leadership, the Center became the premier investigative reporting institution in the Philippines and Asia. Coronel is the author and editor of more than a dozen books, including “Coups, Cults & Cannibals,” “The Rulemakers: How the wealthy and well-born dominate Congress,” and “Pork and other Perks: Corruption and Governance in the Philippines.” She has received numerous awards, including the 2003 Ramon Magsaysay Award for Journalism. Coronel received an undergraduate degree in political science from the University of the Philippines, and her master’s in political sociology from the London School of Economics.

Doig is the is the Knight Chair in Journalism at the Walter Cronkite School of Journalism and Mass Communication at Arizona State University, specializing in computer-assisted reporting. Prior to joining the ASU faculty, Doig had a 23-year career as a newspaper journalist, including 19 years at the Miami Herald. There, he served variously as research editor, pollster, science editor, columnist, federal courts reporter, state capital bureau chief, education reporter and aviation writer. He is the recipient of numerous major journalism awards, including a Pulitzer Prize for Public Service, the Goldsmith Prize for Investigative Reporting, an Investigative Reporters & Editors Award and the George Polk Award. Doig is a political science graduate of Dartmouth College. He also graduated from, and later taught at, the Defense Information School and spent a year as a combat correspondent for the U.S. Army during the Vietnam War, for which he was awarded a Bronze Star.

Johnston is a former investigative producer at CNN and CBS News. She has covered terrorism issues, broken stories about insurance improprieties, congressional earmark excesses, the lack of federal air marshals, the number of citizens put on watch lists, and allegations that personnel at a New Orleans hospital killed patients in the wake of Hurricane Katrina. She has received numerous awards, including a duPont Silver Baton, a National Business and Financial Reporting Emmy and an IRE Award. Before joining CNN in 2004, Johnston worked at WTHR-TV and was a longtime print reporter for the Indianapolis News and Star.

McBride is the associate chair of Columbia College Chicago’s Journalism Department and a former newspaper editor. She is a co-founder and co-publisher of ChicagoTalks.org, a local news site that’s won national awards from Investigative Reporters and Editors and the Society of Professional Journalists, and AustinTalks.org, a local news site covering the West side of Chicago that’s curated by Columbia students and graduates. McBride formerly worked as assistant managing editor at The Indianapolis Star, and as a reporter and editor for The Indianapolis News, The Terre Haute (Ind.) Tribune-Star and the Fort Wayne (Ind.) Journal Gazette. She received her bachelor’s at the University of Iowa and her master’s from the Medill School of Journalism at Northwestern University. 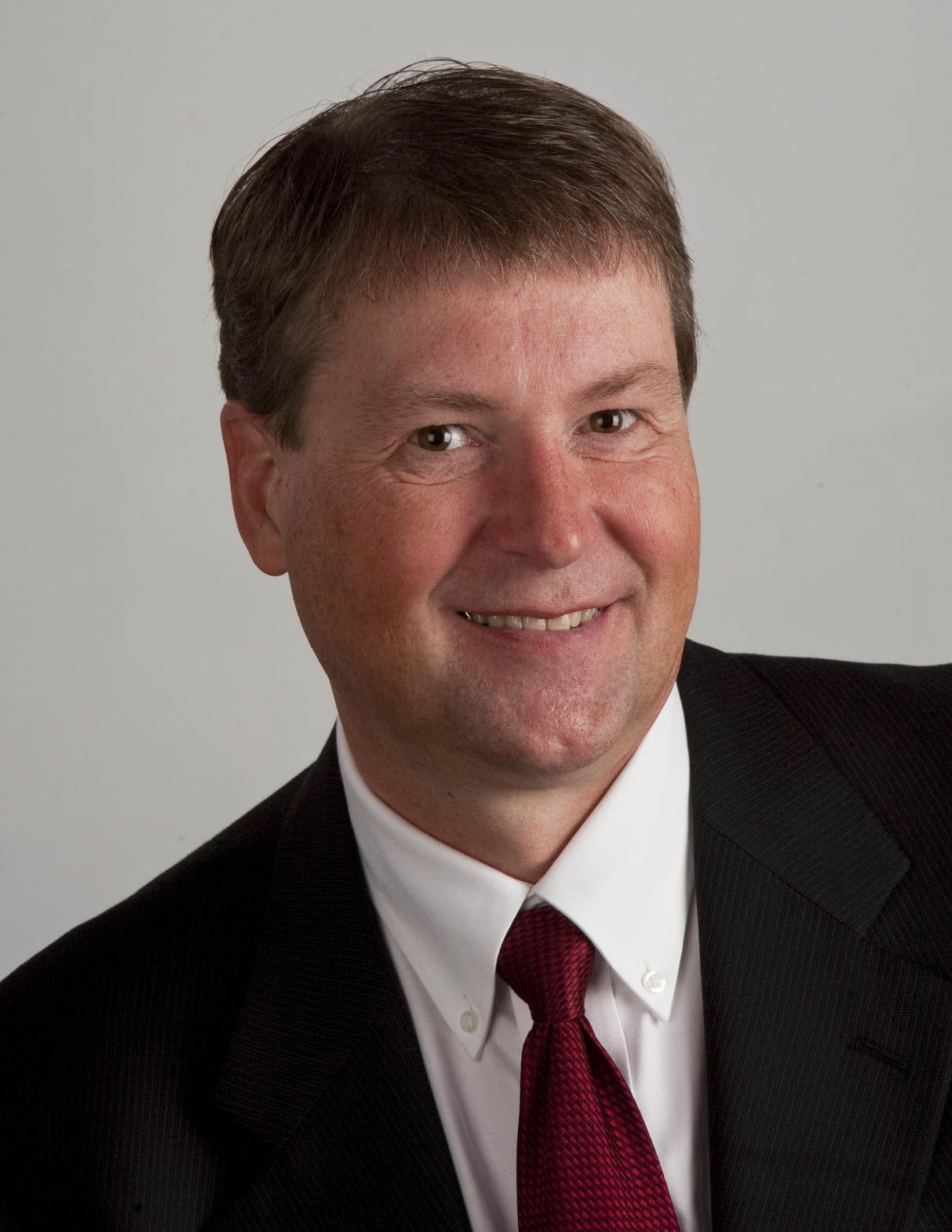 David Stoeffler became executive director of the La Crosse Public Education Foundation in 2014 after nearly 35 years as an award-winning journalist. He began his career at the La Crosse Tribune in 1979, and moved to Madison in 1981 as a reporter and later city editor at the Wisconsin State Journal. He returned to La Crosse as editor of the Tribune in 1995. He advanced to become editor of the Lincoln (Neb.) Journal Star in May 1997. In December 2001, he became the first vice president for news of Lee. Following purchase of Pulitzer Inc. in 2005, Stoeffler was named publisher and editor of the Arizona Daily Star in Tucson. Stoeffler became a vice president and later general manager of the Suburban Journals of Greater St. Louis. In December 2007, Stoeffler returned to Wisconsin to form his own consulting firm, Touchstone News Consulting. In that role, he assisted with the startup of the Wisconsin Center for Investigative Journalism. He joined Gannett Co. as executive editor in Springfield in May 2010 and served as executive editor of the Springfield (Mo.) News-Leader before accepting the position at the La Crosse education foundation. He has won numerous state and national journalism awards. The News-Leader won the SDX Public Service Award for 2012 from the Society of Professional Journalists.

Thompson, a Wisconsin native and University of Wisconsin-Madison graduate, was a chief correspondent at Dateline NBC for 16 years, and is known for her hard-hitting investigative pieces on consumer, health and safety issues. She now teaches investigative reporting around the world and produces documentaries. Prior to working at Dateline, Thompson headed the investigative unit and anchored at WRC-TV, Washington, for 15 years. Thompson has won dozens of awards, including two Peabodys, two George Polks, a Columbia duPont, a Loeb, three National Emmys, the Edward R. Murrow Award,  almost two dozen Washington Regional Emmies, and multiple Investigative Reporters and Editors awards. She is a member of the IRE Board of Directors and serves as an adviser to other investigative reporting organizations. Not only has Thompson’s reporting earned every major broadcast journalism award, it has inspired three acts of Congress and dozens of laws, recalls and policy changes, as well as TV movies and books. Her investigation into doctors’ office errors, “Deadly Mistakes,” helped lead to the Medical Laboratory Improvement Act of 1988. The Infant Formula Act regulating what goes in and must stay out of formula was also a result of Thompson’s stories. Legislation and the use of a new DPT vaccine in the country followed Thompson’s investigation of children being harmed by the vaccine. That work was also featured in the book DPT: Shot in the Dark. With producer Rick Nelson, Thompson exposed Dr. Cecil Jacobson, the fertility doctor who used his own sperm, and their work was detailed in the book The Babymaker.

Trahant is an independent journalist, blogger, avid social media user and speaker. He is a member of Idaho’s Shoshone-Bannock Tribe and a former president of the Native American Journalists Association. Trahant is the author of The Last Great Battle of the Indian Wars, about Henry Jackson, Forrest Gerard and the campaign for American Indian self-determination. Trahant was recently a Kaiser Media Fellow and is the former editor of the editorial page for the Seattle Post-Intelligencer, where he chaired the daily editorial board, directed a staff of writers, editors and a cartoonist. He is a former columnist at The Seattle Times and has been publisher of the Moscow-Pullman Daily News in Moscow, Idaho; executive news editor of The Salt Lake Tribune; a reporter at the Arizona Republic in Phoenix; and has worked at several tribal newspapers. Trahant has won numerous journalism awards and was a finalist for the 1989 Pulitzer Prize in national reporting as co-author of a series on federal-Indian policy.