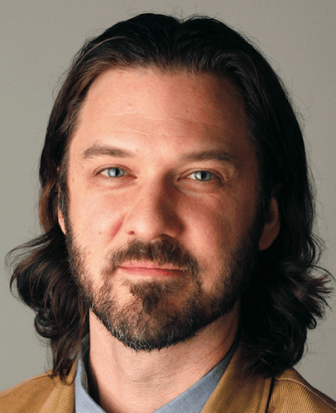 Two years ago this month, a Madison East High School teacher chaperoning a Minneapolis field trip creeped into students’ rooms using copies of their room keys and planted hidden cameras in their bathrooms.

On Nov. 22, a few weeks after the teacher, David Kruchten, was sentenced to 12 years in prison, Madison School Board finally updated its field trip policies to prohibit chaperones from holding on to student room keys.

Why did it take the school board longer to make field trips safer for students than it took the courts to bring the creepy teacher to justice?

One reason is the school district’s decision to withhold from the public investigative records related to the incident. A report prepared by an outside attorney at a cost to taxpayers of $8,000 was completed in June 2020. But the district kept the report from parents, reporters and even the Madison School Board until it was accidentally released to the newspaper Isthmus in August 2021.

The report includes recommendations for new field trip policies and revelations — including the outrageous claim that no “reportable abuse” occurred — that might have spurred the school board to take action before this school year started. But the district didn’t forward new field trip policy recommendations to the board until after the accidental release of the report.

“I’m surprised it’s taken this long to get it, and it’s unfortunate board members have to see it in the news,” former Madison School Board president Gloria Reyes told the Wisconsin State Journal. “We need to be transparent about these issues even if we don’t have all the answers.”

Releasing the report also would have reassured families the district was addressing their concerns transparently and expeditiously. Now the students are suing the district and Kruchten for the psychological damage his actions caused.

Even though the district accidentally released the full report, it continues to deny requests for the same record, as well as a $30,000 third-party review of another hidden camera incident in an East High locker room. The locker room cameras were supposedly put in place to catch a custodian napping on the job, but they were in a location where special needs students changed clothes.

The district says it won’t release either report because they are protected from public disclosure by attorney-client privilege.

A 1996 Wisconsin Supreme Court decision in Wisconsin Newspress, Inc. v. School Dist. of Sheboygan Falls affirmed that a letter between an outside attorney and a school board did not have to be disclosed under the state public records law. But the law does not prohibit releasing such records..

That’s what should have happened here, in both cases, because of the undeniable public interest in this matter. Now, in addition to the lawsuit over the hotel cameras, the district faces a lawsuit from East High families over its failure to release the report into the locker room cameras.

Perhaps both lawsuits could have been avoided if the district had followed through on Superintendent Carlton Jenkins’ pledge when he started in August 2020 “to be transparent.”

Your Right to Know is a monthly column distributed by the Wisconsin Freedom of Information Council (wisfoic.org), a group dedicated to open government. Council member Matt DeFour is city editor of the Wisconsin State Journal.

Your Right to Know: Investigation records should be public is a post from WisconsinWatch.org, a non-profit investigative news site covering Wisconsin since 2009. Please consider making a contribution to support our journalism.