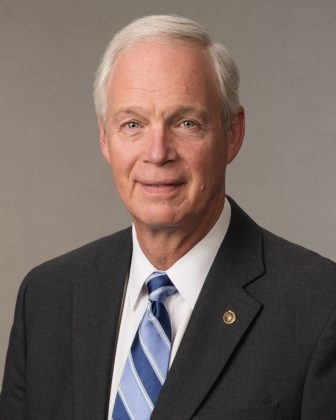 Of note: This week we highlight ProPublica’s revelation that Wisconsin Sen. Ron Johnson pushed for hundreds of millions of dollars in tax breaks for some of the state’s wealthiest business owners. Dick and Liz Uihlein of packaging giant Uline, along with roofing magnate Diane Hendricks, together had contributed around $20 million to groups backing Johnson’s 2016 reelection campaign. The expanded tax break Johnson muscled through netted them $215 million in deductions in 2018 alone, drastically reducing the income they owed taxes on. At that rate, the cut could deliver more than half a billion in tax savings for Hendricks and the Uihleins over its eight-year life.

In November 2017, with the administration of President Donald Trump rushing to get a massive tax overhaul through Congress, Sen. Ron Johnson stunned his colleagues by announcing he would vote “no.” Johnson’s demand was simple: In exchange for his vote, the bill must sweeten the tax break for a class of companies that are known as pass-throughs, since profits pass through to their owners. The Trump administration championed the pass-through provision as tax relief for “small businesses.” Confidential tax records, however, reveal that Johnson’s last-minute maneuver benefited two Wisconsin families more than almost any others in the country — both worth billions and both among the senator’s biggest donors.

Related coverage: Ron Johnson defends pass-through tax provision as Democrats accuse him of doing the bidding of his top donors

The former Wisconsin Supreme Court justice who is conducting a review of the state’s presidential election spent recent days at a conspiracy theory-fueled symposium on election fraud headed by MyPillow’s chief executive. Former Justice Michael Gableman, and a member of the Wisconsin Elections Commission, took the trip to South Dakota as he ramps up his taxpayer-funded review of an election that the state Supreme Court and other courts have upheld. Gableman had claimed the election was stolen at a November rally backing Donald Trump. Assembly Speaker Robin Vos, R-Rochester, who hired Gableman, did not say why Gableman was attending the South Dakota event, which is being ridiculed by cybersecurity experts.

Temperatures across the world are expected to rise past a level that scientists had hoped to avoid through drastic cuts in carbon emissions, according to a new report from a United Nations panel on climate change. The frequency and intensity of heat waves and rains are expected to escalate as temperatures rise, including in Wisconsin, said Dan Vimont, director of the Nelson Institute Center for Climatic Research at the University of Wisconsin-Madison. “The UN report is broadly consistent with what we found here in Wisconsin, especially conditions and expected changes in the northern part of North America,” said Vimont. “One of the things that we’ve seen is this last decade has been the warmest and wettest on record for Wisconsin.”

‘A welcoming place for all’: The city of Madison has been on a years-long journey to make its workplaces more inclusive

With an ever-changing and growing queer community, Madison has long benefited from a reputation as one of the most LGBTQ+-friendly cities in the nation. But in professional settings, the story can be different. Two years ago, a survey of city employees revealed “unacceptable” rates of workforce harassment of transgender, genderqueer and nonbinary employees. The survey revealed more than harassment issues. It also found that half of transgender respondents and nearly two-thirds of nonbinary respondents reported hiding or downplaying aspects of their identity to avoid unfair treatment at work. Many transgender and nonbinary employees reported modifying their appearance to avoid harassment.