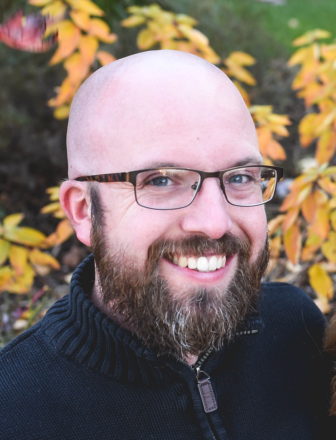 Imagine that a developer has been lobbying your local town board to approve a controversial development. You file a record request asking for all emails between that developer and the board’s three members.

None of them have official government email accounts, so they search their personal emails.

Two members each turn over more than 15 emails. The third says she never sent nor received any emails from the developer. Do you believe her? What can you do about it if you don’t?

But the ability of officials to use their personal email accounts is an opportunity for mischief. In a society that values transparency and public oversight, it should be unacceptable.

The problems with permitting government work to be done with personal email accounts are myriad. Without central administration, nobody else can track, search or review those emails. The emails may not be backed up in any way. Different email providers will have different retention rules. It’s much easier to accidentally (or intentionally) lose emails.

Once officials leave service, they are supposed to turn over all their records to their successor, but that practically never happens with personal emails.

And how do you trust that these officials didn’t delete any emails? That they thoroughly searched for responsive emails? There is almost no way to verify that an appropriate search was done and nothing was deleted.

All you can do is trust, but trust is often in short supply, particularly when a controversial issue is involved or a citizen is investigating potential misconduct.

The solution for these problems is simple, obvious, and has little downside. Like some other states and local governments, Wisconsin should prohibit the use of personal email accounts to do government business.

Such a law would eliminate all those problems. Government entities would have to provide email accounts to officials (and some employees), but most do so already, and email accounts are cheap. For instance, GoDaddy sells email service attached to website domains for $2/month, and accounts can be purchased in bulk at even cheaper rates.

In exchange, the government entity gets central administration of email records, email accounts that are easily transferred to successors, and a significant boost in the public’s confidence in their record searches.

It’s not often that a thorny problem has such an easy, clear, and inexpensive solution. To remove barriers to public accountability and improve the efficiency of government operations, the legislature should prohibit the use of personal email accounts for government business at the state and local level.

Your Right to Know is a monthly column distributed by the Wisconsin Freedom of Information Council (wisfoic.org), a group dedicated to open government. Tom Kamenick is the president and founder of the Wisconsin Transparency Project.

Your Right to Know: No private email accounts for public business is a post from WisconsinWatch.org, a non-profit investigative news site covering Wisconsin since 2009. Please consider making a contribution to support our journalism.