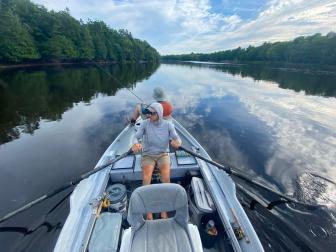 Of note: This week we highlight coverage of two Wisconsin Supreme Court rulings that hold major consequences for groundwater, agriculture and agencies across state government. In a pair of cases involving questions of groundwater pollution and overuse, the high court on Thursday affirmed the Department of Natural Resources’ power to consider the environmental impact of high capacity wells and the number of animals on farms.

The cases largely focused on the scope of 2011 Act 21, whose Republican and business advocates argued limits agency powers to what is specifically written in statute, leaving little wiggle room for interpretation. Environmental groups successfully argued that other state laws grant DNR the authority to protect groundwater without lawmakers prescribing specific conditions.

The ruling comes two weeks after Wisconsin Watch reported on new research linking contamination from cow manure to illnesses in Kewaunee County, where a large farm at the center of one of the lawsuits that challenged the state’s power to limit the number of animals and take other measures to protect water quality.

Thursday’s rulings may ripple beyond the DNR and the environment, Chris Hubbuch reports for the Wisconsin State Journal. An appeals court panel previously wrote that a resolution to the case “will touch every state agency” in Wisconsin.

Tap water collected in 2016 is contaminated by animal waste from a nearby farm field in Kewaunee County. Credit: Kewaunee County Land and Water Conservation Department

Siding with environmental groups and the Evers administration, the Wisconsin Supreme Court’s majority ruled that, in spite of a 2011 law known as Act 21 that prohibits state agencies from taking any actions not explicitly authorized by the Legislature, the DNR has the authority to consider the environmental impact of wells and to limit the number of animals on a farm. The court ruled that “explicit” does not mean the same thing as “specific,” and the DNR can impose conditions needed to enforce clean water laws. “We conclude that an agency may rely upon a grant of authority that is explicit but broad when undertaking agency action,” Justice Jill Karofsky wrote in one of the majority opinions.

When Shenora Staten-Jordan’s father passed away from COVID-19 in the summer of 2021, she hoped a federal funeral relief program would help shoulder the cost of the unexpected loss. After days on hold, she gave up getting in touch with the people who could help. Staten-Jordan is seen on June 16, 2021 at her Milwaukee home with a picture of her family that includes her late father, second from right. Credit: Will Cioci / Wisconsin Watch

Shenora Staten-Jordan felt lost when her father, Gary Lee Staten, died of COVID-19 in May. She hadn’t expected to lose him so soon at age 61 — or for a contagious disease to hinder her goodbye. The Federal Emergency Management Agency in April began offering aid to help cover funeral and burial costs for those who have died of COVID-19 since Jan. 20, 2020. Staten-Jordan hoped the application process would be straightforward, allowing her family to move on with their lives. It was anything but, she said.

Kevin Carr, secretary of the Wisconsin Department of Corrections, during an interview with Wisconsin Watch at the department’s headquarters in Madison, Wis., on June 19, 2019. Credit: Alisa Ivanitskaya / Wisconsin Watch

Incarceration after COVID: How the pandemic could permanently change jails and prisons

Even before COVID-19 began to snake through Wisconsin’s jails and prisons, Chad Billeb saw a storm coming. As chief deputy for the Marathon County Sheriff’s Department, Billeb was already studying ways to reduce the number of inmates in the jail.  As early as 2017, overcrowding was such a central issue that a broad consensus of staff and outside experts concluded that the county would need a new jail — and soon — one that would cost taxpayers at least $75 million to build. Then, the pandemic hit, and what started as a long-range plan to find answers to the jail overcrowding problem took on new urgency. A similar story played out in jails and prisons across Wisconsin and across the country. The result is a major experiment in public health and criminal justice.

Previous coverage from Wisconsin Watch: ‘He shouldn’t have had to die’: COVID-19 infects half of Wisconsin inmates, five times the overall state rate

Gabe Stelzer rows his drift boat down the Menominee River as he puts his clients in position to cast for smallmouth bass. Stelzer, a guide for Tight Lines Fly Fishing Co. in De Pere, is concerned about a proposed mine that could be built next to the river in Michigan’s Upper Peninsula. Credit: Barry Adams / Wisconsin State Journal

Gabe Stelzer is drawn to rivers despite growing up near Lake Michigan. The 21-year-old is most at home when he’s in his drift boat floating over prime habitat for smallmouth bass on the Menominee River. Stelzer, and many others here, hope river habitats remain intact for generations and that a proposed gold and zinc mine in Michigan, the “Back Forty Mine” next to the river never comes to fruition. Aquila Resources claims its mine would pump millions of dollars into the local economy.

Laura Rosol-Hibbler can vividly remember the night she learned her father, David Rosol, and lifelong family friend, Hazel De Witt, were killed by a drunk driver in December 2017. The man behind the wheel was Joseph Konetzke, a 57-year-old who just had his third OWI in less than a month. Four days before, Konetzke’s license was revoked and, whenever he was able to drive again, he was supposed to have an Ignition interlock device installed in any vehicle he owns. He didn’t.