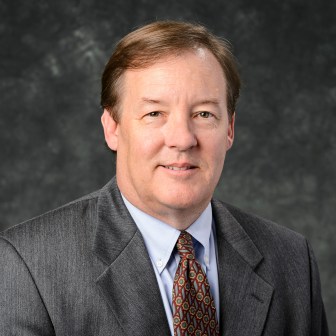 The Wisconsin Center of Investigative Journalism board of directors has elected new officers and acknowledged the distinguished service of three retiring members.

Gene Purcell, director of Wisconsin Public Media at UW-Madison, last month was elected as the new chair, and Michael Louis Vinson was elected as vice chair. Purcell oversees the operations of WPR and PBS Wisconsin, two of the Center’s closest partners. And Vinson, of Green Bay, is a former journalist. He is sales director at Schreiber Foods and recently served as chair emeritus of Fair Wisconsin, an advocacy organization for the LGBTQ community.

“During a time where it seems as if the business foundations that have traditionally funded and supported journalism are changing by the day, it’s vital that new models of journalism emerge to provide citizens the necessary information to be truly informed,” Purcell said.

In addition, the board unanimously approved a resolution thanking three retiring members — with a combined 30 years of service — for their distinguished work on behalf of the Center. The board acknowledged the efforts of Malcolm Brett, emeritus director of Wisconsin Public Media; Karen Lincoln Michel, president of Indian Country Today; and Marty Kaiser, former Milwaukee Journal Sentinel editor and now managing director of Capital News Service at the University of Maryland.

“Individually and collectively, they have propelled WCIJ’s work, strengthened our operations, extended our reach and helped clear the path to future success,” the resolution said.

All are volunteer positions. The board currently has eight members and is responsible for determining the independent, nonpartisan and nonprofit Center’s policies and overseeing its finances, while day-to-day operations are handled by a paid staff.

The Center collaborates with, but is independent of, the UW-Madison School of Journalism and Mass Communication, where its main office is located; and news organizations across the nation. Its investigations focus on government integrity and quality of life issues — the economy, the environment, education, health care and criminal and racial justice  — of importance to the people of Wisconsin.

In Milwaukee, Wisconsin Watch collaborates with the nonprofit Milwaukee Neighborhood News Service on the News414 project, which provides essential information on demand via text to residents of underserved neighborhoods.

The Center relies on donations from individuals and foundations, as well as sponsorships and earned income, to support its operations. Information about ways to donate is available here.

WCIJ board elects new officers, recognizes retiring members for service is a post from WisconsinWatch.org, a non-profit investigative news site covering Wisconsin since 2009. Please consider making a contribution to support our journalism.