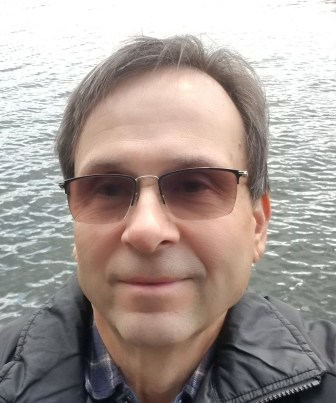 The Enbridge Line 3 tar sands oil pipeline project in Minnesota is now 50% complete as those opposed to the pipeline attempt to stop it through legal actions, advocacy, protests, and prayers.

The recent news from Fort Atkinson that Enbridge waited more than a year to alert Wisconsin officials that one of its  pipelines — Line 13, also called Southern Lights — had leaked over 1,200 gallons of a petroleum substance called diluent, should be a wakeup call to people who understand the value of clean water and recognize the dangers of taking it for granted.

Enbridge uses diluent to thin crude oil, allowing it to flow through pipes that stretch from Western Canada  to the U.S. Gulf Coast, where the diluent is separated. Enbridge pipelines also pump diluent from the Gulf Coast and Midwest back to Western Canada — to help move more petroleum.

Knowing the history of Enbridge pipeline failures and the fact that Enbridge kept Wisconsin in the dark about this one begs the question: should Wisconsin and every other state along the pipeline route trust that the water they drink is safe? A serious underground leak involving benzene, toluene, and trichloroethene seeping undetected into groundwater might be worse than a more visible failure.

At a minimum, states should use independent testing services that report directly to them to look for leaks. Presently, 180,000 barrels of diluent per day move through the Southern Lights pipeline. If the new Line 3 pipeline is completed and the old Line 3 pipeline is abandoned, the volume of Line 3 crude oil  will more than double, requiring a corresponding increase in diluent, presumably through the Southern Lights pipeline. .

A better plan would be to stop the Line 3 project because of the high risk it poses to our health and the environment. Diluent leaks are just the tip of the iceberg. The project disregards Native American treaty rights and environmental concerns, including climate change. The pipeline crosses wetlands, streams, and rivers, including two crossings of the Mississippi. Line 3 would accommodate  the equivalent of fifty coal-fired power plants of greenhouse gases into the atmosphere.

In Minnesota, the Public Utilities Commission approved the project, but the Department of Commerce is fighting it, arguing that the need for the project has not been established. Since the project was proposed and controversy began, renewable energy technologies have improved and capacity has expanded, technologies and strategies for storing energy to meet peak loads on power grids have matured, and the pandemic has reduced demand for oil.

The nation is now gearing up to strengthen the economy by investing in infrastructure. Multiple fossil fuel pipeline projects are in the works that, should they all be built, would vastly exceed the country’s energy needs that cannot yet be met by green energy.

You would think that such important issues would be managed by the federal government, ensuring that critical needs for the nation are met while protecting the environment and addressing climate change. Instead, tar sands and pipeline companies push multiple projects, hoping for at least limited success. Conversely, pipeline opponents must oppose all projects, hoping for at least limited success. The lack of leadership at the federal level is resulting in conflict, uncertainty, anxiety, inefficiency, wasted money and wasted human resources.

This bad behavior by Enbridge in southern Wisconsin is a good example of what opponents in Minnesota have been saying. We should take note.

Long-unreported pipeline leak should be a wakeup call for Wisconsin is a post from WisconsinWatch.org, a non-profit investigative news site covering Wisconsin since 2009. Please consider making a contribution to support our journalism.