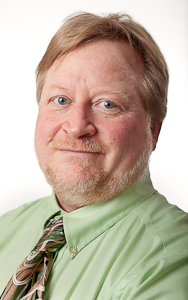 It happens all the time.

A member of the public or representative of the press will file a request under Wisconsin’s open records law, which applies to all state and local government entities. But instead of records, the requester gets a bill.

“The city will require pre-payment in full before we begin fulfilling your request,” read one such response, dated March 17, to a citizen requester by the assistant city attorney of Fond du Lac. “Please remit $642.42 to cover the above-referenced costs.” The notice said this was just an estimate and, if necessary, “we will bill you for the additional cost.”

Two weeks earlier, the same assistant city attorney demanded that the same citizen requester, Christine Brennan, pay $6,887.79 on top of the $1,000 she had already remitted to cover the cost of locating records in a different request.

Wisconsin’s open records law, passed in 1981, allows records custodians to charge for the “actual, necessary and direct” cost of making and sending copies, as well as the “actual, necessary and direct” cost of locating them, if this latter charge exceeds $50. And even though these searches are supposed to be done by the lowest-paid employee capable of performing the task, they often add up to hundreds or even thousands of dollars, causing many requesters to walk away without receiving the records to which they are entitled.

In some cases, this may be the intended result.

Last November, the Wisconsin Examiner news website reported on a 2016 email it has obtained in which Wauwatosa Police Department Detective John Milotzky advised a colleague that “many departments combat the issue (of records requests) by charging a high price to fill those requests, so maybe that’s something to look at in the future.”

In years past, some custodians even charged requesters for the time it took them to pore over records looking for things to black out, until the state Supreme Court ruled in 2012 that this was not an allowable cost. But custodians are still finding ways to demand huge sums from people seeking public information.

In Fond du Lac, the $1,000 that citizen requester Brennan paid to obtain records regarding a proposed (and subsequently approved) park development project using public funds yielded a 2019 email from a city council member advising others involved in this process, “Please keep that we are in talks on this on the down low. Stakeholders should be the only people who know that these conversations are happening.”

Officials who behave this way should not be able to escape accountability by making the cost of locating the records that prove their perfidy unaffordable.

Gov. Tony Evers, in his proposed executive budget, calls for raising the threshold at which custodians can charge location fees to $100. Adjusted for inflation, $50 in 1981 is nearly $150 today.

This welcome measure deserves bipartisan support, as it protects the ability of all citizens to obtain public records. But the Legislature should go further, and consider ending location fees altogether. Their use invites abuse and creates a disincentive for custodians to efficiently maintain and retrieve records.

If a government office actually must spend $7,000 of staff time to locate records, perhaps it needs a better filing system.

Your Right to Know is a monthly column distributed by the Wisconsin Freedom of Information Council (wisfoic.org), a group dedicated to open government. Bill Lueders, the editor of The Progressive, is the council’s president.

Your Right to Know: Record location fees invite abuses is a post from WisconsinWatch.org, a non-profit investigative news site covering Wisconsin since 2009. Please consider making a contribution to support our journalism.