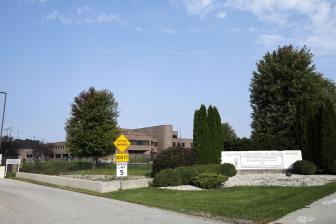 Of note: This week we highlight the excellent investigation by the Cap Times’ Katelyn Ferral, who examined the record of sexual assault and retaliation in National Guard units across the country after exposing similar problems here in Wisconsin. Ferral, working in conjunction with the Milwaukee Journal Sentinel, found that National Guard units have buried sexual assault allegations, withheld crucial documents from victims and retaliated against women who have come forward, including denying them career advancement.

‘Hero to Zero’: The National Guard welcomes and promotes women. That is, until they report a sexual assault.

Teresa James faced a colossal mission: evacuate 1,500 military workers while moving thousands of trucks and tents off an American air base in central Iraq.

Working under occasional enemy fire, James orchestrated the move in 45 days — a task National Guard commanders called “Herculean,” awarding her the Bronze Star in 2010. But that all changed in 2012, when James reported being raped by a superior officer. “You go from hero to zero in a matter of hours after you report this thing,” James said.

Wisconsin vaccine providers reported 2,247 wasted or spoiled doses of COVID-19 vaccine through February, state Department of Health Services records show. That’s less than 0.16% of the more than 1.4 million vaccine doses administered statewide during that same period.  The figures track waste only from providers receiving doses from the state — excluding state and federal providers that report directly to the federal government. Providers at 167 sites reported losing at least one dose through February, with a median loss of five doses per site. Ajay Sethi, a public health and infectious disease epidemiology researcher at the University of Wisconsin-Madison, called those figures impressive. “We’re talking two months of vaccinating,” he said. “Five as a median, that’s like nothing.”

More than one year ago, Wisconsin Gov. Tony Evers directed the state Department of Health Services to order the temporary closure of  K-12 schools across the state. It was the first sign of the social upheaval to come: business closures, virtual schooling, massive unemployment and more than 6,500 state residents dead from the novel coronavirus. Although Wisconsin first detected COVID-19 in February 2020, mid-March marked the pandemic’s beginning for most Wisconsinites. WPR and Wisconsin Watch have followed a group of Wisconsinites through this life-changing time. One year in, they reflected on how the pandemic has reshaped their lives, and how they envision the future.

Kelsey Townsend delivered her fourth child while deep in a coma, her lungs scarred and inflamed from COVID-19, her body starved of oxygen. She’d been minutes from death, her obstetrician said. Seven weeks later on Christmas Eve, the 32-year-old office manager still clung to life at University Hospital in Madison, two machines delivering the oxygen her lungs no longer could. On that night, of all nights, the doctor had more bad news to deliver, and it appeared Kelsey would have to face it alone. Pandemic restrictions had put an end to regular hospital visits. “This has to be an extenuating circumstance,” her husband, Derek Townsend, 32, pleaded on the phone. “You’re not breaking that news to her without me at the bedside.” How could he tell Kelsey that the only way she’d come home was with two transplanted lungs in her chest?

American Indians incarcerated at among highest rates in Wisconsin, as many as half the inmates in some jails

Mark Stoner said his mother no longer hangs a feather in her vehicle’s rear view visor for fear of being stopped by police. Stoner is a St. Croix Ojibwe tribal descendant who grew up with his mother on reservation land in northwestern Wisconsin. And like other American Indians, he and his family view feathers, especially from eagles, as spiritually important. They often are given to people to recognize accomplishments, and proudly displayed. “Now, we just tape (the feathers) to the dashboard,” Stoner said. He and other tribal members believe police officers have used feathers and dreamcatchers dangling from visors as a reason to stop motorists who are American Indian, because it’s illegal in Wisconsin to hang anything that can obstruct a driver’s view. Advocates for racial justice and researchers say those traffic stops sometimes lead to arrests for infractions that other motorists would have gotten away with.

Wisconsin Weekly: Sexual assault and retaliation in National Guard exposed is a post from WisconsinWatch.org, a non-profit investigative news site covering Wisconsin since 2009. Please consider making a contribution to support our journalism.