This spring, I taught an investigative reporting class at the University of Wisconsin-Madison that investigated the state of Wisconsin’s democracy. We interviewed current and former lawmakers and activists on the left and right, consulted public opinion polls, talked to regular people and tapped experts who study voting, redistricting and money in politics. 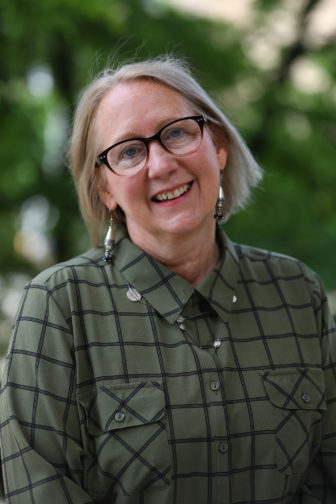 The conclusion: Many people in Wisconsin feel state government is moving in the wrong direction, away from the citizenry and toward the interests of politicians and their financial backers.

One of the trends we identified as part of our Undemocratic: Secrecy and Power vs. The People series for the Wisconsin Center for Investigative Journalism was the increased fast-tracking of bills under Gov. Scott Walker. In his first two years, after Republicans took over the governor’s office and both houses of the Legislature, one out of every four bills was introduced and passed in less than two months, according to the analysis by UW-Madison graduate journalism student Teodor Teofilov.

Among the fast-tracked bills that session were some of the most consequential in state history. They included redistricting, which is still tied up in a court battle that could set the national benchmark for how far majority parties can go in drawing lines to ensure their own members’ election.

More recently, in the 2017-18 session, Teofilov’s analysis found much less fast-tracking. But one of the bills that did pass quickly awarded more than $3 billion in state taxpayer money to Taiwanese manufacturer Foxconn — believed to be the biggest state subsidy of a foreign company ever in the United States.

Assembly Speaker Robin Vos, R-Rochester, was especially dismissive of our fast-tracking story, calling the analysis of 20 years of bill passage “politically motivated and superficial.” He insisted that the Legislature under his leadership had “approved bills in an efficient, effective and transparent manner.”

A few months after this criticism, Vos and Senate Majority Leader Scott Fitzgerald, R-Juneau, orchestrated one of the fastest fast-tracks ever — just over five days (including Saturday and Sunday) from bill introduction to final passage. 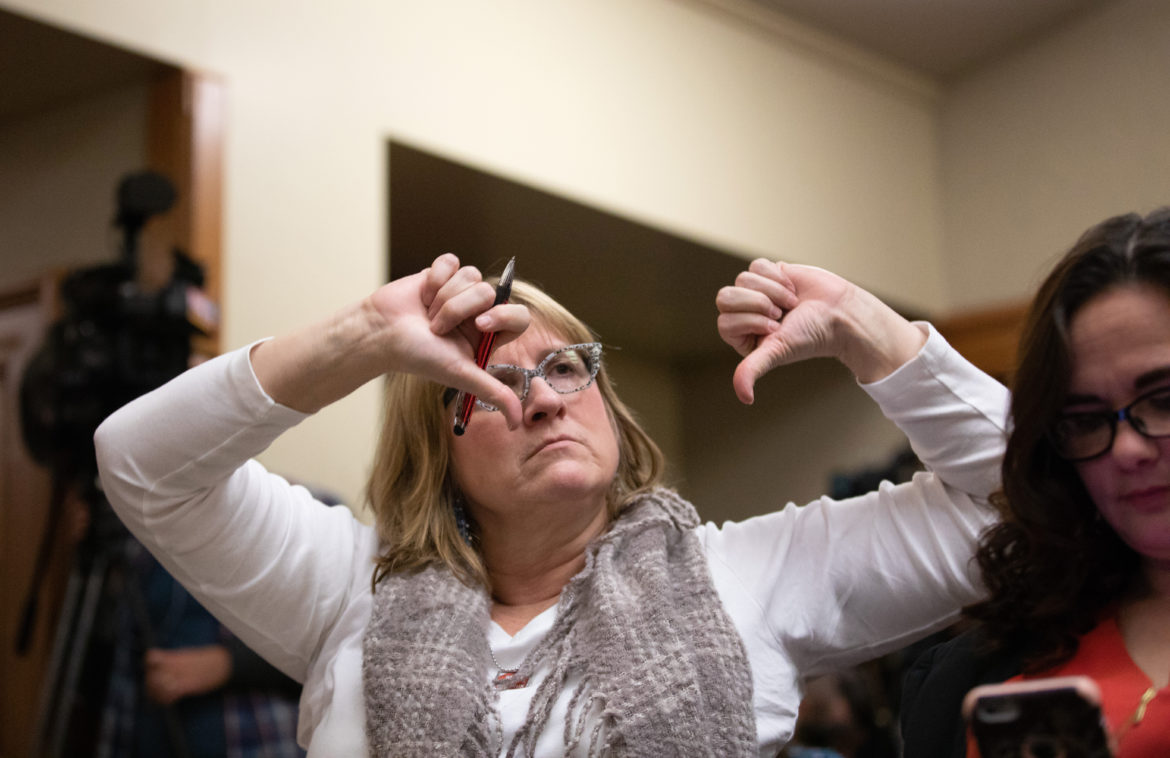 Retired public school teacher Gail Milbrath, from Milwaukee, gives a thumbs down sign, in reaction to testimony given during a public hearing of the Joint Committee on Finance, held on on Dec. 3, 2018, in Madison, Wisconsin. An extraordinary “lame duck” session of the legislature was held on Dec. 4 and 5, 2018, which passed a sweeping series of bills that strips powers away from Governor-elect Tony Evers and Attorney General-elect Josh Kaul.

The bills — which Fitzgerald had said publicly were little more than legislative “inside baseball” — were instead sweeping efforts to shift power to the Legislature from the executive branch, limit early voting and enact major changes to road spending, agency oversight and public benefits.

But Vos and Fitzgerald did not hear those chants. They declined to attend the hearing to discuss their bills. U.S. Rep. Mark Pocan, D-Black Earth, likened the process to a “third-world dictatorship.” News of Wisconsin’s lame-duck session maneuvers made national news.

On Dec. 5, after the package of bills passed, Evers called the lawmakers “power-hungry” and accused them of overriding the will of voters “while hidden away from the very people they represent.”

It would be difficult to craft a more fitting exclamation point to our “Undemocratic” series.

Your Right to Know is a monthly column distributed by the Wisconsin Freedom of Information Council (wisfoic.org), a group dedicated to open government. Dee J. Hall is the council’s secretary and managing editor of the Wisconsin Center for Investigative Journalism.