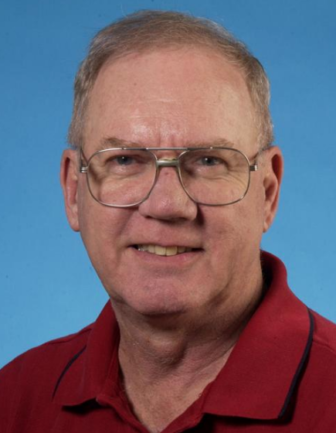 Secrecy in government, compounded by court-ordered secrecy, gives rise to speculation and rumor. That never serves the public interest.

Letteney called for a closed meeting of the executive committee of the city council, at which he presented a PowerPoint of about 30 slides, mostly emails from Weidner to constituents. The committee referred the matter to the Ethics Board for an advisory opinion.

Weidner fought back against the possible ethics sanction and asked Letteney for a copy of his PowerPoint slides. Letteney declined. Weidner filed a request for those records under the state’s open records law. Letteney denied that as well and Weidner filed suit in circuit court.

When the open records suit came before Racine County Circuit Judge Eugene Gasiorkiewicz, he took the unusual step of sealing the entire case, including his decision. The judge told a Milwaukee Journal Sentinel reporter in September that he sealed the case “because of the nature of the action. It’s one that shouldn’t be open. I made a public policy determination.”

In September, Weidner defied the judge’s order and talked to reporters, saying that nothing she had sent to her constituents, in her experience, was confidential. According to the Journal Sentinel article, Gasiorkiewicz’s decision and order “don’t seem to reveal anything specific.”

Soon after this article appeared, Letteney and the city of Racine, represented by a Milwaukee law firm, went back to court and asked for a $15,000 sanction for violating the court seal.

Judge Gasiorkiewicz found Weidner guilty of civil contempt of court and ordered her to pay the city’s legal fees. Weidner’s attorneys are appealing the open-records case and the contempt charges to a state court of appeals, where the case remains under seal. That’s where this fracas currently stands. The Wisconsin Freedom of Information Council and others are asking the appellate court to unseal these records.

Some city legal issues are legitimately confidential — personnel issues, proposed contracts or city property purchases come to mind. But if Letteney is arguing that all emails and communications from his office are top secret and not to be shared by alderpersons, we have a great deal of problem with that notion.

From what little we have seen through other media, most of Weidner’s “egregious” emails seem to be garden-variety legal issues and mundane, inconsequential communications from the city attorney’s office. But the closed city council session and the judge’s seal order have put these issues in a deep, dark hole, hidden from public view and impossible to judge.

We’re dismayed that the city attorney ever elevated it to a feud of this proportion. We’re dismayed, as well, that the court made a “public policy determination” to hide it from the public.

In our view such secrecy, on both levels, undermines the right of the public to assess how government officials are conducting public business.

We urge the court of appeals to set things straight, and we hope it does.

Your Right to Know is a monthly column distributed by the Wisconsin Freedom of Information Council (www.wisfoic.org), a group dedicated to open government. Council member Steve Lovejoy is editor emeritus of The Journal Times, Racine, which ran a longer version of this column as an editorial.