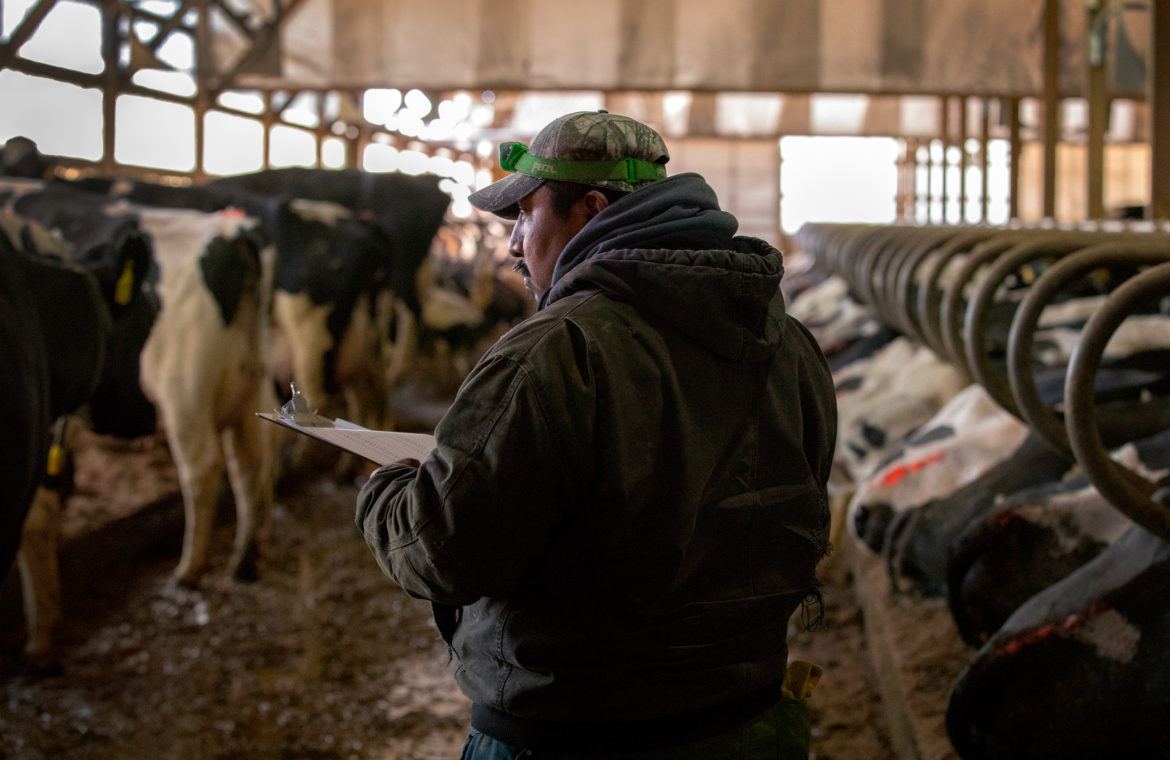 Guillermo Ramos vaccinates dairy cows in the freestall barn of a dairy farm in northern Buffalo County, Wis. on March 8, 2017. The 40-year-old, Mexican-born farm manager has worked on the farm for almost 20 years. His boss, Nora Gilles, says he is integral to the operation of the dairy. This photo won a silver award in the feature category of the Milwaukee Press Club awards.

The awards honored coverage of immigration, flawed forensic science, wrongful convictions, the use of long-term solitary confinement, poor treatment of state whistleblowers, a rise in hate incidents in Wisconsin, the controversial anti-feminism men’s group known as the Proud Boys, and the dangers of lead, bacteria and other contaminants in drinking water. The Center also was honored for photography and illustration.

In all, the Center and collaborative stories with WPR received five gold prizes, eight silvers and a bronze. In addition, Center intern Katie Scheidt received a gold prize in the student category for best still photos; they were published in the University of Wisconsin-Madison’s Curb Magazine. 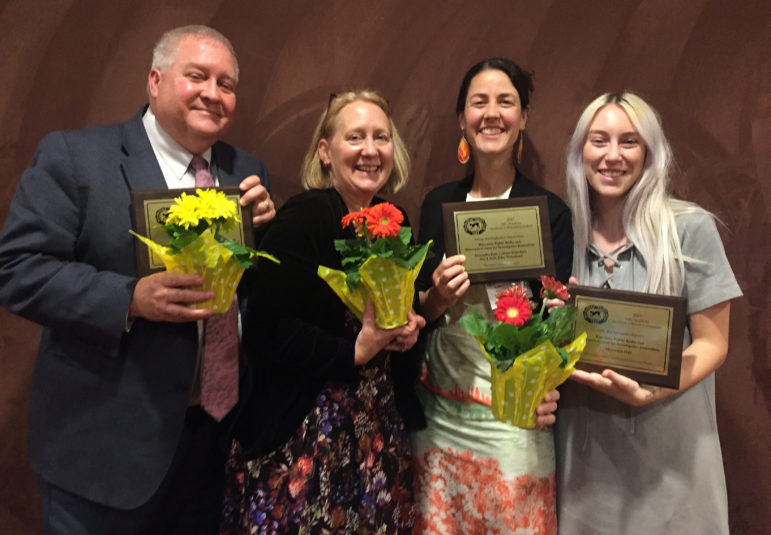 The Center now has received a total of 62 awards since 2011 in the Excellence in Wisconsin Journalism contest, the state’s premiere all-media journalism competition.

UW-Madison students, working as paid Center interns or in classroom collaborations, played important roles in five of the award-winning entries. The Center’s collaborations with journalism students are funded in part by the Ira and Ineva Reilly Baldwin Wisconsin Idea Endowment at UW-Madison. Joint projects with the Medill Justice Project and HuffPost also received recognition.

“With deep gratitude, we accept these awards on behalf of the hundreds of people who made this journalism possible, sometimes through courageous acts of speaking truth to power, sometimes through financial sacrifice to fund the work, sometimes through great professional skill and persistence to illuminate critical state issues,” said Executive Director Andy Hall, who co-founded the independent nonprofit and nonpartisan Center in 2009 with Managing Editor Dee J. Hall.

“We promise to keep digging, and to keep training the next generation of investigative journalists, who are so important to the future of our democracy.”

Reporter Cara Lombardo and Multimedia and Digital Director Coburn Dukehart for a story that reveals missed opportunities by Gov. Scott Walker, lawmakers and Milwaukee city leaders to reduce the risk of lead in Wisconsin’s drinking water. This story was part of the Center’s national award-winning Failure at the Faucet series. 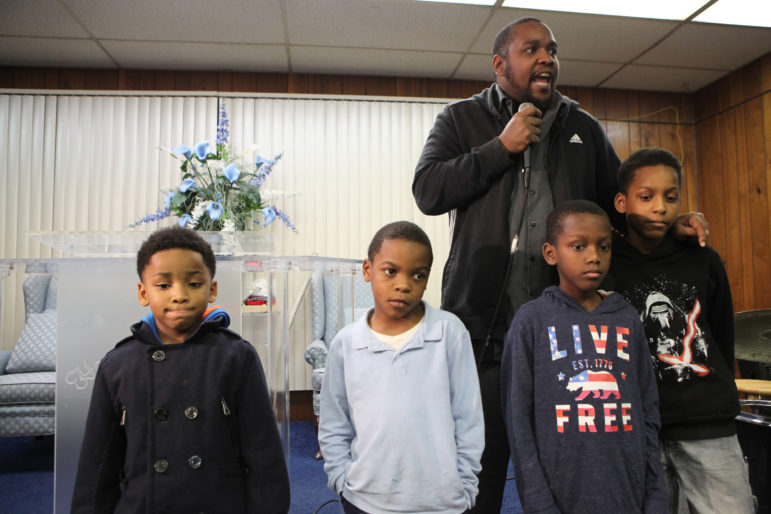 Tory Lowe helped to organize a meeting about lead in drinking water at the House of Prayer in Milwaukee on Dec. 6, 2016. He asked the young boys in the audience to join him at the front of the room to challenge everyone to protect them from the dangers of lead in drinking water. The children, from left, are Tomairus Brown, 5, Diamante Silas, 7, Jakoda Eiland, 8, and Jeriko Eiland, 11. This photo was part of the story that won gold for Best Public Service Story or Series.

Coburn Dukehart, Dee J. Hall and Riley Vetterkind for the Center and Alexandra Hall, reporting for both Wisconsin Public Radio and the Center, for a package of stories that document the crucial importance of immigrant labor in the nation’s No. 2 milk-producing state. One story, reported in collaboration with HuffPost, examines how the demand for immigrant labor is driven in part by the declining population in many of Wisconsin’s rural counties.

Dee J. Hall, Katherine Proctor, Emma Schatz and Coburn Dukehart for Flawed Forensics, a series that examines the now-discredited technique of microscopic hair comparison to tie suspects to crimes. The report found a justice system loathe to uncover and correct its own mistakes, some of which have led to wrongful convictions.

Alexandra Hall, reporting for both Wisconsin Public Radio and the Center, for an audio report that reveals that the FBI admits errors in 90 percent of hair and fiber cases. Such errors are now a factor in one-fifth of all DNA exonerations. The case involving Richard Beranek is among 13 in Wisconsin in which the FBI acknowledges it used flawed microscopic hair comparison. 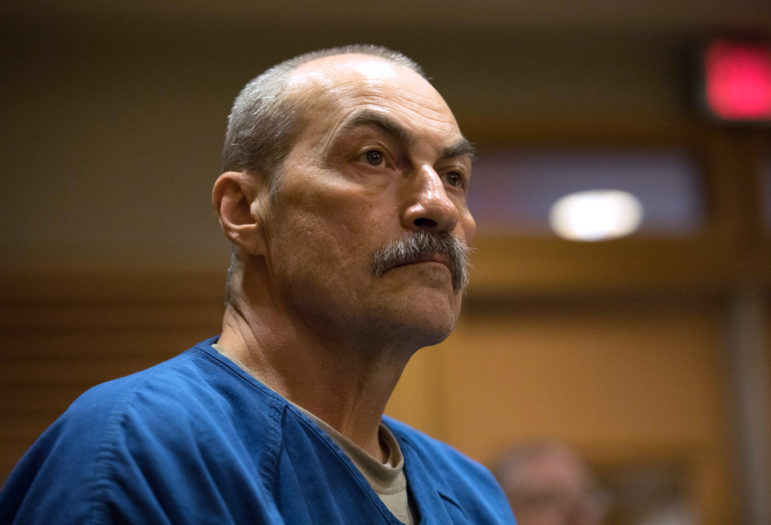 The case against Richard Beranek, 58, is among 13 in Wisconsin which the FBI acknowledges it used flawed microscopic hair comparison. Beranek was featured in a series of award winning stories about FBI errors in cases involving hair and fibers.

Alexandra Hall, reporting for both Wisconsin Public Radio and the Center, for an audio report that examines the Proud Boys, a pro-Western, anti-feminism men’s club.

Alexandra Hall, reporting for both Wisconsin Public Radio and the Center, for an audio report that explores how Wisconsin dairy farmers are struggling to keep their immigrant workers since Donald Trump was elected president.

Best Coverage of a Single News Topic of Event Including Breaking News:

Coburn Dukehart for a story reporting on the widespread water contamination in Kewaunee County and geology which makes its groundwater particularly vulnerable to contamination by human waste and manure from dairy farms. 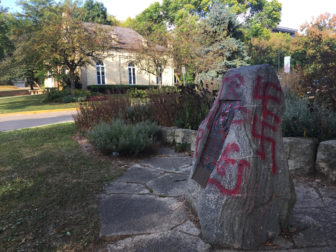 Swastikas and the words “TRUMP RULES” and “ANTIFA SUCKS” are seen spray-painted on a memorial near the Gates of Heaven synagogue in Madison, Wis. on Sept. 20, 2017. The vandalism occurred just hours before the celebration Rosh Hashanah, the Jewish New Year. This photo was part of the award winning story examining a rise of hate and bias incidents in Wisconsin.

Best Multi-Story Coverage of a Single Feature Topic or Event:

Mukhtar Ibrahim, Alexandra Hall, Riley Vetterkind and Coburn Dukehart for a package of stories that examines a rise in hate and bias incidents in Wisconsin, including anti-Semitic and anti-Muslim incidents. One story profiles the Proud Boys, a pro-Western, anti-feminism men’s club. These stories were produced in collaboration with Documenting Hate, ProPublica’s national reporting project.

Best Use of Multi-Platform Reporting:

Alexandra Arriaga, Coburn Dukehart and Dee J. Hall for the Center, Alexandra Hall, reporting for both Wisconsin Public Radio and the Center, and artist Emily Shullaw for a story that revealed some inmates had remained in solitary confinement for years or even decades, causing all types of psychological harm. Because the Center was forbidden from photographing, recording or speaking to any of the inmates, journalists decided to use a multi-platform report to paint a picture of these men’s lives. The package featured an online/print story by Arriaga, an audio report by Alexandra Hall, illustrations by Shullaw; a video produced by Dukehart featuring Shullaw’s illustrations and voice actors reading inmates’ responses to survey questions; and an audio interview by Dee J. Hall with an inmate released from administrative confinement after nearly 28 years in isolation. 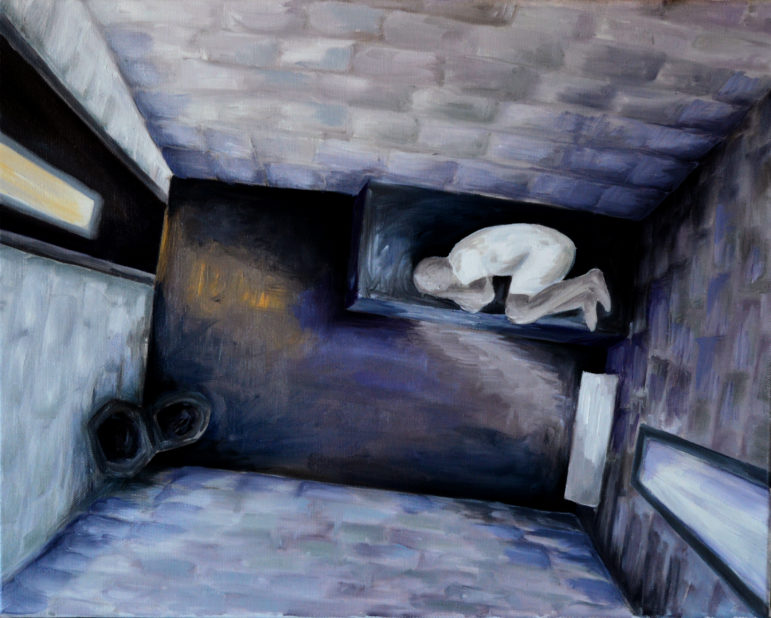 Some of the harshest treatment in solitary is reserved for inmates who want to kill themselves. Inmates are often confined in a cell with a bed made of a concrete with a thin rubber mat. The prisoner wears only a a paper security gown or a quilted security smock. This image won a silver award for Best Illustration or Cartoon, and the story it appeared in won silver for Best Use of Multi-Platform Reporting.

This collaborative story examining alleged evidence tampering in the Kenneth Hudson murder case was reported by Dee J. Hall of the Wisconsin Center for Investigative Journalism and Courtnee Brinker, Abhinanda Datta, Shahzeb Hashim, Lauren Jensik, Holly Kane, Hannah Moulthrop and Ezra Solomon of Northwestern University’s Medill Justice Project. From the outset, Hudson has claimed he was innocent of murder and that police poured and smeared a red liquid on him. This story investigates the hard-to-explain DNA results in which blood red stains now yield either no DNA or just a profile consistent with Hudson. Hudson claims that police or prosecutors had destroyed or tampered with the samples to hide the true source of the red liquid. 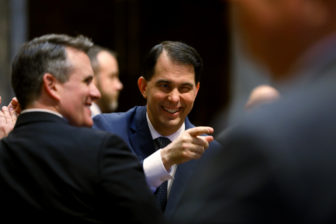 Gov. Scott Walker is seen here at the State of the State address on Jan. 10. This photo won the silver award for Best News Photograph.

Coburn Dukehart for “Undocumented on the Dairy.”