When the University of Wisconsin-Madison and UW-Milwaukee released records about sexual misconduct complaints to news organizations last month, they heavily redacted the documents and refused to identify numerous employees who were found to have committed wrongdoing. 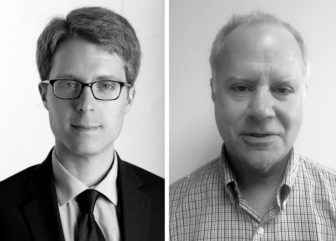 Should media outlets sue to challenge those redactions, history suggests they’ll have a good shot at prevailing.

We are the authors of a new study examining public records litigation involving the University of Wisconsin System over the past 40 years. Our study didn’t just look at appellate-court decisions available online. Instead, we traveled to courthouses across Wisconsin to pore through thousands of pages in trial-court files that are not publicly available on the internet.

We analyzed 34 lawsuits in which a UW entity was sued under the public records law between 1978 and 2017. Of these, 18 originated with requests from news organizations, and in every one of these cases, the core records were released, even if some information was withheld.

For example, a 2011 lawsuit by the Appleton Post-Crescent led to the disclosure of documents regarding the dean of UW-Fox Valley, who abruptly retired after he was accused of threatening students and staff on an overseas trip. And in 2009, the Milwaukee Journal Sentinel sued successfully to obtain comments from the UW medical school faculty about a conflict-of-interest policy.

Advocacy organizations were also successful in suing the UW for public records. These included groups critical of affirmative action, skeptical of the quality of teacher training in university education programs, and concerned about possible animal abuse in research.

In contrast, students or employees who sued for purely personal reasons rarely gained access to the information they sought.

Half of the lawsuits involved the UW-Madison, while the remaining cases involved other campuses around the state. Two lawsuits sought records from multiple campuses.

Most of the cases involved requesters who sued after the university refused to release records. A handful were brought by employees seeking to block the release of records about them; those individuals always lost.

Much of the debate over records from institutions of higher education focuses on fears that transparency may chill academic freedom, and openness may deter candidates from applying for high-level jobs.

But we found no public records lawsuits seeking the identities of applicants for university positions after the early 1990s, while only a small number of cases featured academic freedom arguments for keeping records secret. Instead, most lawsuits sought information about alleged misconduct or suspected ethical lapses by university employees.

Our research also highlights the vital role the press plays in holding the UW accountable. Journalists around Wisconsin often use public records to shed light on problems in the UW System. But the precarious economic position of legacy news organizations makes them less likely to go to court to assert access-to-information claims.

Meanwhile, our research found that partisan, activist organizations began appearing as plaintiffs in public records actions against the university in recent years, regularly winning cases. Like journalists, activists seek to hold the university accountable, but partisan accountability may be fundamentally different from nonpartisan accountability in ways that have yet to be examined.

Our study will be published in the Journal of College and University Law later this year.

Your Right to Know is a monthly column distributed by the Wisconsin Freedom of Information Council (www.wisfoic.org), a group dedicated to open government. Council member Jonathan Anderson is a reporter for USA TODAY NETWORK-Wisconsin. David Pritchard is a professor of journalism at the University of Wisconsin-Milwaukee.