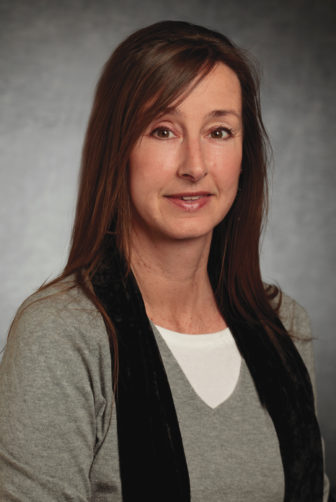 Raquel Rutledge, a Pulitzer Prize-winning investigative reporter at the Milwaukee Journal Sentinel, has been named the 2018 recipient of the Distinguished Wisconsin Watchdog Award.

The award recognizes an individual’s extraordinary contributions to open government or investigative journalism in Wisconsin and is a highlight of the eighth annual Wisconsin Watchdog Awards reception and dinner, set for April 19.

Rutledge received the 2010 Pulitzer Prize in local reporting and other major awards for uncovering rampant fraud in a Wisconsin child-care program for low-wage working parents. She won further accolades for investigations that exposed how contaminated baby wipes at a local firm led to the death of a Houston toddler, and how the U.S. Bureau of Alcohol, Tobacco, Firearms and Explosives botched an undercover gun-buying sting.

Still, Rutledge continued breaking major stories. A project produced through the O’Brien Fellowship in Public Service Journalism at Marquette University documented the perils of the chemical diacetyl in the coffee and vaping industries. Last year, her work on the newspaper’s “Burned” series helped reveal how steel barrel recycling operations skirt regulations to save money and mix hazardous chemicals together causing explosions, injuries and death.

And yet another investigation exposed the toll of alcohol-related blackouts in Mexico. Dozens of vacationers have blacked out — sometimes after a single drink — while staying at high-end resorts where authorities conducted shoddy investigations after travelers were robbed, raped, suffered unexplained injuries or even died.

“Raquel is eager to tackle important issues, yet willing to refine the smallest details,” Greg Borowski, deputy editor for news, projects and investigations at the Journal Sentinel, wrote in a letter nominating Rutledge for the award.

“She is focused on doing journalism with impact, but not at the expense of her values. She has strong opinions and great insights, but knows there is much to learn in others.”

The Distinguished Wisconsin Watchdog Award is presented jointly by the Wisconsin Center for Investigative Journalism, the Wisconsin Freedom of Information Council, the Madison Pro Chapter of the Society of Professional Journalists, the Wisconsin Newspaper Association, Wisconsin Broadcasters Association and University of Madison-Wisconsin School of Journalism and Mass Communication.

Rutledge will be honored at the Wisconsin Watchdog Awards reception and dinner, scheduled for April 19 at The Madison Club, 5 E. Wilson St. The reception begins at 5 p.m. and dinner at 6 p.m. The event is presented by the Wisconsin Center for Investigative Journalism, Wisconsin Freedom of Information Council and the Madison Pro Chapter of the Society of Professional Journalists.

Attendance is limited to 120 and in recent years, all tickets have been sold.

Also at the event, Gov. Scott Walker, several journalists and a courageous private-sector employee will receive honors in the 2017-18 Openness Awards, or Opees, bestowed annually by the Wisconsin Freedom of Information Council. The state Legislature, meanwhile, is being singled out for negative recognition.

The awards recognize extraordinary achievement in the arena of open government.

The awards program will be preceded by the third annual “Watchdog 101: Essential Skills for Investigative Journalists,” a free, fast-paced workshop led by the Center’s award-winning staff.

Sponsorship packages and discounts for purchases of tables are available for the event. Contact Lauren Fuhrmann at lfuhrmann@wisconsinwatchmediapartners.wpcomstaging.com for more information. Proceeds support the Center’s investigative reporting and training of journalists, and also make it possible for students to attend the workshop and awards program.

Dave Zweifel, editor emeritus of The Capital Times and a founder of the Wisconsin Freedom of Information Council, was named the inaugural winner in 2011 and serves on the award selection committee. The late Dick Wheeler, founder of the Wheeler Report and an advocate for public access to the workings of state government, was honored in 2012. In 2013, U.S. District Judge Lynn Adelman, the chief author of Wisconsin’s Open Records Law and a strong advocate of the Open Meetings Law, received the award.