Computers have made examining government records easier than ever. The smallest townships across Wisconsin post the meeting agendas and minutes online. And websites for government agencies at all levels contain an enormous amount of other information. 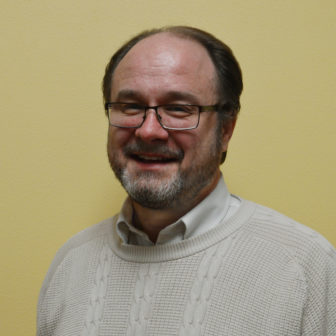 Electronic records are also available on request. Say you want to see a skate-park-feasibility study you’ve heard about. You can request this record from the agency that keeps it, and receive it via email. The whole process can be completed in minutes.

In the past, such a request might have meant days of waiting for a paper copy with a per-page reproduction cost, as well as postage. A requester might have to first send a check to cover these costs.

Fulfilling requests in a digital fashion benefits both hard-working public employees and the curious public. It saves time and effort. The cost of reproduction is negligible.

There are other advantages in having a record in electronic form. Reading a 50-page paper study takes a long time, but it takes only seconds to search and find a particular phrase within a document on your computer.

And sometimes the paper copy doesn’t tell the whole story. The term “metadata” describes everything in an electronic document that doesn’t appear on a printed page. This may include, say, the name of the file, such as “Secret Meeting Agenda.docx.” Most files also contain the author’s name and information on when it was created and last modified.

In July 2016, the UW System officials refused to release their annual budget proposal, as they had in past years, claiming it had not been finalized. The proposal wasn’t distributed until 90 minutes before the Board of Regents met to take it up, eliminating any chance for public scrutiny. The metadata revealed that no changes had been made to this allegedly unfinished document since six days before the meeting.

Last month a Dane County judge ruled that Rep. Scott Krug (R-Nekoosa) should have supplied more than a thousand emails in digital form because the requester specifically asked for them in that format. Legislative staff had offered more than 1,500 pages of paper printouts for in-person review at an Assembly office, with copies available at 15 cents per page.

The requester who brought the suit was Bill Lueders, president of the Wisconsin Freedom of Information Council. “The records were virtually unusable in the provided hard copy because they could not be searched,” the lawsuit said.

Lueders requested emails that Krug received from constituents on proposed changes to the state’s water laws. To properly fulfill this request, Krug’s office likely located the responsive emails using the search function within their email program, looking for particular phrases and bill numbers.

Shouldn’t we all have the benefit of this convenience? Providing records in piles of paper makes them less usable and requires requesters to physically travel to where the records are located to avoid paying for hundreds and even thousands of pages of copies. The Legislature’s policy discourages inquiry and prevents an easy examination of public information.

If you want records in electronic form, ask for them that way. And that’s how responsible officials will provide them — with or without the intervention of the courts.

Your Right to Know is a monthly column distributed by the Wisconsin Freedom of Information Council (www.wisfoic.org), a group dedicated to open government. John Foust is a Council member and a computer consultant in Jefferson.