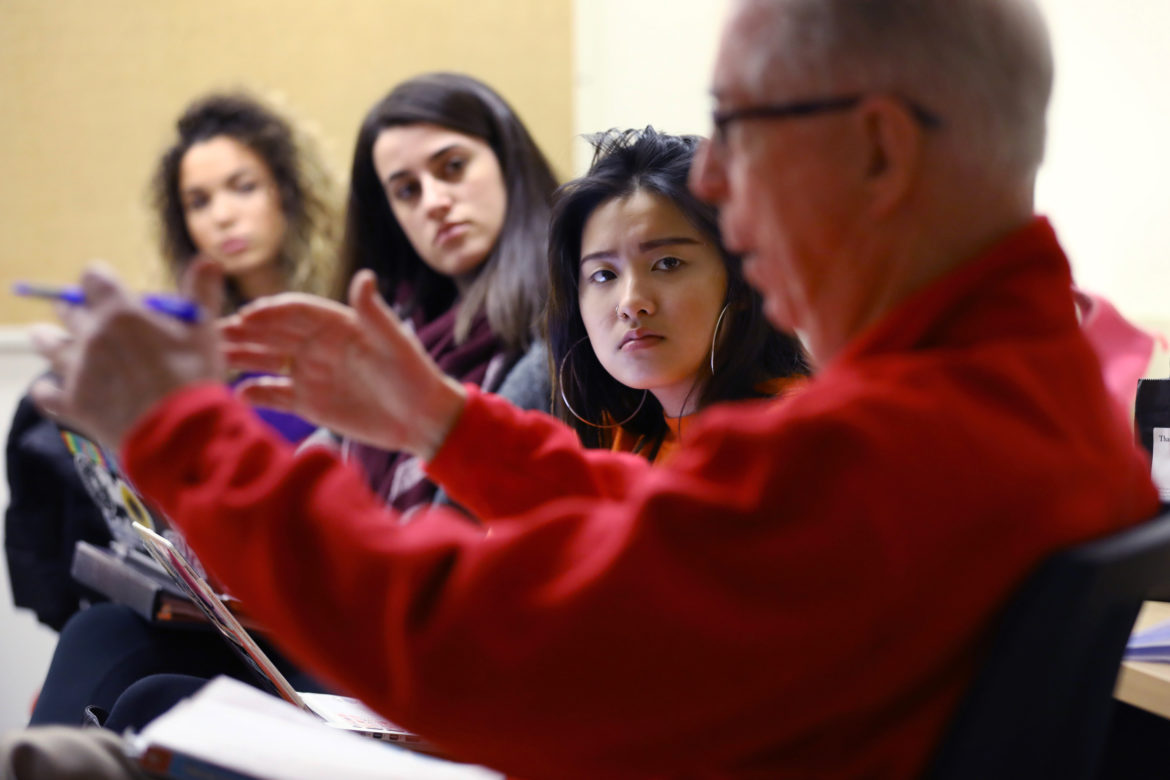 Nicole Ki, a student in J420, an investigative reporting class at the University of Wisconsin-Madison, listens to former Wisconsin Democratic state Sen. Tim Cullen on Feb. 13, 2018. Also speaking to the class were former Republican state Sen. Dale Schultz and Jay Heck, executive director of Common Cause in Wisconsin. The class, led by Dee J. Hall, managing editor of the Wisconsin Center for Investigative Journalism, is investigating the state of Wisconsin’s democracy.

How you can help

Have you been harmed by a lack of democracy?

A University of Wisconsin-Madison investigative journalism class is examining the health of Wisconsin’s democracy and residents’ power to affect state policy at a time when major forces have changed the political landscape.

The public is being invited to help.

Student journalists are investigating: Is Wisconsin less democratic than in years past? If so, what has changed? When and why did it change? How do trends in Wisconsin fit into the national context? And, what could be done to make things more democratic?

The state’s politics and policies are being reshaped by factors that include: 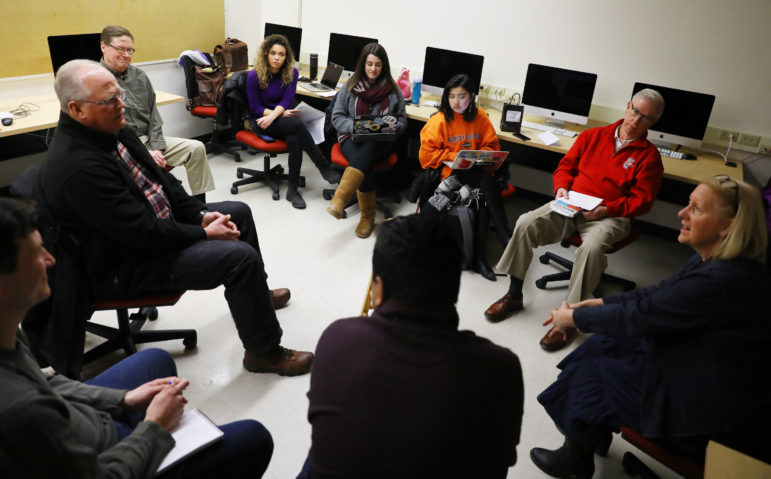 Former Wisconsin Democratic state Sen. Tim Cullen (wearing red), former Republican state Sen. Dale Schultz (in black) and Jay Heck, executive director of Common Cause in Wisconsin (in green), meet with students in J420, the investigative reporting class led by Dee J. Hall, managing editor of the Wisconsin Center for Investigative Journalism, on Feb. 13, 2018. They told students the state of Wisconsin’s democracy is imperiled by unfettered and often secret campaign spending and the 2011 redistricting that allows Republicans to dominate the state Legislature.

The investigation is among the most urgent undertaken since the independent, nonpartisan and nonprofit Center began operating in 2009, in light of developments that have illustrated the fragility of democracy in Wisconsin, said Andy Hall, the Center’s executive director. He noted that in 2015, a secretive attempt by Gov. Scott Walker’s office and state legislative leaders to eviscerate the state’s open records law was defeated only through vigorous opposition by news organizations, advocacy organizations and individuals from the left, right and middle of the political spectrum.

“Our way of life depends on a free flow of information and the powerful being held to account,” Hall said, adding that the investigation of democracy is well-aligned with the Center’s mission: “To increase the quality, quantity and understanding of investigative journalism to foster an informed citizenry and strengthen democracy.” 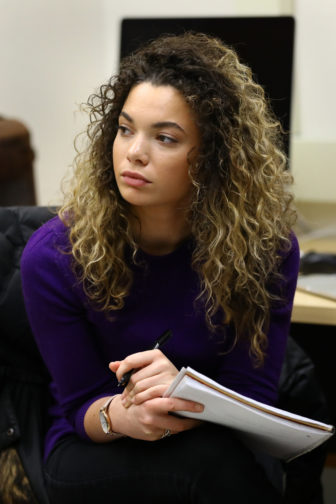 Cameron Smith, a student in J420, an investigative reporting class at University of Wisconsin-Madison, listens to a presentation by former Wisconsin Democratic state Sen. Tim Cullen, former Wisconsin Republican state Sen. Dale Schwartz and Jay Heck, executive director of Common Cause in Wisconsin. The three advocate nonpartisan redistricting as one way to improve democracy in Wisconsin.

Students also will interview citizen leaders, including Citizens for Responsible Government’s Orville Seymer and We, the Irrelevant founder Sheila Plotkin. And they will interview experts and regular Wisconsinites who hold a variety of viewpoints.

Rothschild told students that millions of dollars in special interest campaign contributions are “destroying our tradition of clean government in Wisconsin.”

“Now we are kind of a paragon of dirty government,” he said.

Jay Heck, executive director of Common Cause in Wisconsin, echoed a similar theme, saying in the past three decades, he has witnessed “a transformation of this state from a laboratory of democracy to really a laboratory of how to dismantle democracy.”

The results of the class investigation will be published and distributed by the Center to news organizations across the state. The Center’s collaborations with student investigative projects are supported by the Ira and Ineva Baldwin Wisconsin Idea Endowment. Previous student-generated projects include Broken Whistle, which examines declining protections for whistleblowers; and Failure at the Faucet, an investigation of risks to the quality of the state’s drinking water.

How the public can help: The class is looking for examples in which democracy triumphed or was thwarted in state government. Have you been harmed by a lack of democracy? Have you seen democracy in action? Have you seen partisanship get in the way of good government? Have you been unable to cast a ballot? Do you believe your vote no longer counts because of gerrymandering?