A week after Republicans in the state Legislature voted to gut the public records law in 2015, members of the Assembly sought to quell backlash over the plan.

A resolution that passed 96-1 affirms that the Assembly “remains committed to our state’s open record and open government laws and policies, and will take all necessary steps to ensure that these laws and policies are preserved without modification or degradation.” 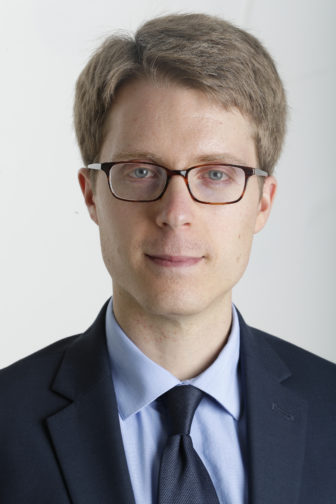 Fast-forward two-and-a-half years: Has the Assembly kept its promise? Here are some recent events to consider.

Among other reasons for withholding the documents, the clerks claimed disclosure would have a chilling effect on employees’ use of the Legislature’s internal complaint process. This position was backed by Assembly Speaker Robin Vos (R-Rochester) and Assembly Minority Leader Gordon Hintz (D-Oshkosh), who argued that releasing records in such cases could reveal the names of victims and witnesses, even when identifying information has been blacked out.

Viewed in the best possible light, these are not unreasonable concerns. But courts in Wisconsin have repeatedly affirmed that disclosing records about alleged misconduct by public officials and employees serves the public interest. And judges have found that victims and witnesses can be protected by redacting identifying information while disclosing the substance of what happened.

That same month, the Assembly passed a bill that blocks release of most police body camera footage. Only recordings depicting deaths, injuries, searches and arrests would be subject to release.

The measure further requires law enforcement agencies to deny requests for video recorded in places where people have a reasonable expectation of privacy, such as inside homes, unless all witnesses, victims and property owners sign a waiver consenting to the video’s disclosure.

Open government advocates, including the Wisconsin Freedom of Information Council, believe the bill unnecessarily hampers access to body camera footage, which the public is paying for. Already, the law allows police to deny release of records when the harm from disclosure outweighs the public interest.

Separately, the Assembly is considering a bill that would seal court records about people wrongfully convicted. The measure, AB 548, effectively turns the public records law on its head by requiring that records be confidential unless a judge finds there is an overriding public interest in access to the documents.

While the aim of the bill is commendable — to help those exonerated rebuild their lives — sealing off all records about wrongful convictions goes too far. Access to such information is essential if the public has any chance at holding prosecutors, judges and the justice system accountable for wrongful prosecutions.

So, to review: The Legislature has refused to release records about personnel and sexual harassment investigations, advanced a bill to restrict access to body cam footage, and is considering legislation to seal off documents about wrongful convictions.

Has the Assembly kept its 2015 commitment to ensure the public records law is “preserved without modification or degradation?” You be the judge.

Your Right to Know is a monthly column distributed by the Wisconsin Freedom of Information Council (www.wisfoic.org), a group dedicated to open government.Council member Jonathan Anderson is a reporter for USA TODAY NETWORK-Wisconsin.