State law makes nearly all governmental records open to inspection and copying, and requires custodians to release records “as soon as possible and without delay.”

So how are they doing? 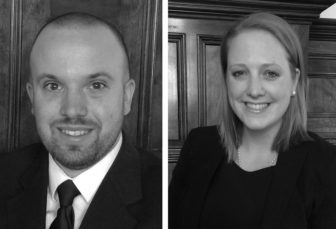 Recently, the Wisconsin Institute for Law & Liberty conducted an experiment to see how well school districts are complying with the state’s Open Records Law.

We asked the state’s 20 largest school districts for records from the last two years relating to their compliance procedures and how quickly they fulfilled requests. The results were tabulated in a recent report. Here are some highlights:

The good: Of the 12 school districts that fulfilled our request without charging a fee, six of them (Appleton, Green Bay, Janesville, Racine, Waukesha and West Allis-West Milwaukee) reported response times, on average, of 10 business days or fewer.

Governor Scott Walker, in his 2016 executive order, required state agencies to respond to “small and straightforward requests within 10 business days of receipt.” The order doesn’t bind school districts, but we are happy to see many school districts meeting that deadline anyway. Three other school districts (Fond du Lac, Stevens Point and Sun Prairie) were not far behind, fulfilling requests, on average, within 15 business days.

The bad: Not all districts were so prompt. Middleton-Cross Plains, for example, even though it received only 13 requests over the two-year period, took 16.8 business days, on average, to comply. Oshkosh received only 25 requests, but took almost 20 business days.

MPS spends over a billion taxpayer dollars every year; it needs to devote more resources to complying with the Open Records Law.

The ugly: Of the 20 largest school districts, seven (Eau Claire, Elmbrook, Kenosha, Madison, Sheboygan, Wausau and Wauwatosa) would not fulfill our requests without payment. The fees ranged from $15 to, in Madison’s case, more than $1,000.

According to the Madison Metropolitan School District’s attorney, the district does not have a system for tracking open records requests, hence its extremely high fee in this case. While records custodians are allowed to charge for locating records, school districts that need so much time to locate records are apparently not doing a good job of tracking requests. It should not be so hard to find out how well any government entity complies with the law.

The takeaway: Walker’s executive order led to measurable improvements in the response time of state agencies. School districts and other local governments can use the same processes, including better training and tracking systems, to achieve similar improvements.

Your Right to Know is a monthly column distributed by the Wisconsin Freedom of Information Council (www.wisfoic.org) a group dedicated to open government. Tom Kamenick is deputy counsel with the Wisconsin Institute for Law and Liberty. Libby Sobic is an associate counsel at the firm.