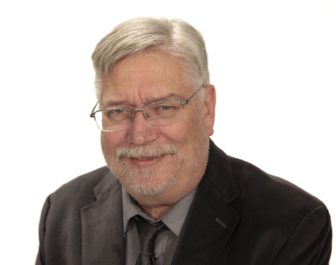 After 35 years of reporting on government, I’m not sure how much I’ve learned, but I do have some observations.

First, most politicians, government officials and staff want to do a good job and faithfully represent their constituents’ interests at city hall, the state Capitol, and in Congress.

Second, most probably prefer to not have the public looking over their shoulders. Some honestly (and mistakenly) think their work isn’t the public’s business. Some just don’t want to be bothered. Others have more nefarious reasons, and fear that transparency would reveal something unsavory.

Examples abound: Despite talking a good game, the Obama administration was more secretive than its predecessors, setting a new record for denial of open records requests. The Trump administration could end up being even worse in several respects.

In Wisconsin, the most notorious example was in 2015, when Assembly Speaker Robin Vos (R-Rochester) tried, with the help of the Walker administration, to gut the state’s open records law. Gov. Scott Walker has since called for quicker responses to records requests but the jury is still out on that. Attorney General Brad Schimel has been an advocate for open government but his office also has drawn criticism from some records requesters.

The state Supreme Court, which should be the staunchest advocate for citizen access, has instead backed closed government in some instances and has made itself less open to the public.

And from Appleton to Milton to Milwaukee County, local officials have tried to block access to records, met in secret when they had no good reason to do so, and otherwise drawn the curtains.

Third observation: Too often, citizens don’t much care. They’re busy with their own work, families and lives. They don’t want to have to worry about whether the village board met in secrecy over some development or an employee’s misbehavior or whether a reporter or a citizen advocate can access records.

An exception was the opposition to Vos’ attack. It was turned back because thousands of citizens flooded legislators with phone calls and emails, joining news organizations such as the Journal Sentinel and advocacy groups such as the Wisconsin Freedom of Information Council.

Holding government officials and politicians accountable should be everyone’s business, because what they do affects all of us. Whether it’s who gets the contract for that public development or who is influencing state legislators in Madison or representatives in Washington, it matters.

Every day there is a new reason for vigilance. On Oct. 31, an Assembly committee approved a deeply flawed bill, AB 351, that would dramatically restrict the public’s access to videos taken by police body cameras. The bill would block the release of any video that did not involve police use of force, arrest or detention and make it extremely difficult to obtain video from private workplaces or residences, even of encounters that raise issues of undeniable public interest.

Good government is the business of every citizen. What we do can make a difference. So although I’m leaving the platform that the Journal Sentinel has generously given me for 35 years, I’ll still do what I can along with my fellow citizens to keep a light on government.

Politicians should remember: We’ll be watching.

Your Right to Know is a monthly column distributed by the Wisconsin Freedom of Information Council (www.wisfoic.org), a group dedicated to open government. Ernst-Ulrich Franzen recently retired as associate editorial page editor of the Milwaukee Journal Sentinel.