A safari to Wisconsin:

Welcome to the second edition of our selective weekly roundup of top news stories we think Wisconsin residents, or people who care about the state, need to know about. 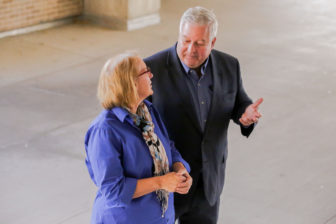 For those who missed it last week: WisconsinWeekly is produced by us, Andy and Dee J. Hall, a married couple who founded the Wisconsin Center for Investigative Journalism. Andy is the executive director and Dee is the managing editor.
Of note in this week’s roundup: A long read by The Atlantic’s Molly Ball, who gained inside access to a safari of sorts — an effort by Third Way, a center-left think tank, to make sense of why Wisconsin voters went for a Republican candidate for the first time since 1984.
If you’re already subscribed to our WisconsinWatch newsletter, then you’ll automatically be signed up (with the option to opt-out at any time). Still need to get on our mailing list? Click here to subscribe!
We welcome your suggestions for WisconsinWeekly — just email us at wisconsinweekly@wisconsinwatchmediapartners.wpcomstaging.com.

On Safari in Trump’s America

The country’s elites are desperate to figure out what they got wrong in 2016. But can they handle the truth?

Corporate cash from companies such as Microsoft, Chevron, Comcast and the American Petroleum Institute provided nearly $1 million for a “cloakroom” at the Republican National Convention in Cleveland last year.

The FBI has acknowledged faulty analysis in at least 13 Wisconsin convictions. Our Flawed Forensics series, through extensive public records requests and interviews, identifies nine of these cases.

Despite a federal requirement mandating all children covered by Medicaid receive testing for lead poisoning by the age of 2, a new state report found that less than a third in Wisconsin get such testing. Previously: 4.5 percent of Wisconsin children (8.6 percent of Milwaukee children) tested in 2014 were diagnosed with lead poisoning, our Failure at the Faucet series found in 2016.

Using a working mother from Milwaukee as its leading example, this piece evaluates the impact of Wisconsin’s voter ID law and, in turn, how voter suppression may have led to Trump’s surprising victory in Wisconsin.