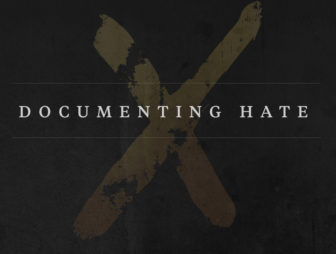 In an attempt to collect data and stories on hate and discrimination incidents in our community, the Wisconsin Center for Investigative Journalism has joined ProPublica’s Documenting Hate project.

The Southern Poverty Law Center, which tracks “hate” groups nationwide, has identified nine such groups operating in Wisconsin. It defines these groups as having “beliefs or practices that attack or malign an entire class of people, typically for their immutable characteristics.” SPLC says it makes the designation based on the groups’ publications and websites, news reports and information from police and others.

Membership levels in and activities of these groups can be hard to track because some of them operate without centralized leadership, fall apart quickly and may function entirely online.

This motorcycle club is part of the Aryan Nations, an anti-Semitic white supremacist group originally based in Idaho. It was founded in the 1970s by Richard Butler, whom the Southern Poverty Law Center called “hub of the wheel of racist revolution, the eye of the white supremacist storm.” SPLC says Butler’s followers have committed many crimes, including assassination, armed robberies, bombings, counterfeiting and racial assaults. 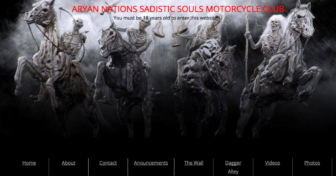 In 2000, the group started to crumble after it was bankrupted by a civil lawsuit brought by the SPLC. The death of Butler, in 2004, further weakened the Aryan Nations. It also splintered into different factions and faced internal leadership struggles.

According to the SPLC, “The Sadistic Souls bikers appear more interested in riding their machines, swilling beer and posing for photos with their middle fingers extended than the organized racism once practiced by Butler.”

However, one of the founders, Matt Parrott, said it is not a hate group. Parrott said the SPLC’s “designation has absolutely no legal or moral legitimacy.” 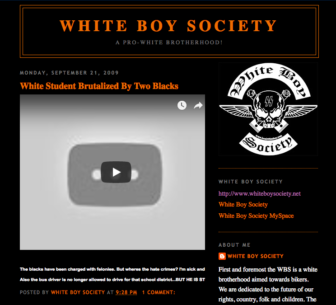 According to its website, which has not been updated since 2009, the White Boy Society claims it is “not a hate group or a supremacy group. We do not want nor intend to rule supreme over any other race or culture. We know that if the white race is to survive we must separate and rule over our own destiny.”

White Devil Social Club is a neo-Nazi group, which the SPLC says “perceive(s) ‘the Jew’ as their cardinal enemy.”

The Shawano-based Samanta Roy Institute of Science and Technology, founded by Rama Chandra Behera, is a reclusive religious organization that owns properties, including gas stations. According to a 2011 Milwaukee Journal Sentinel profile, Behera converted from Hinduism to Christianity and then an “idiosyncratic version of Judaism” and now goes by the name Avraham Cohen. The Southern Poverty Law Center says his harsh treatment of his followers “led to repeated kidnappings by ‘deprogrammers’ in the 1970s and 1980s.” The SPLC categorizes the anti-Catholic group as a “general hate” organization.

The Pilgrims Covenant Church in Monroe is a religious organization that “demonizes LGBT people as threats to children, society and often public health,” according to the Southern Poverty Law Center. Its website also warns against Catholic teachings. But the organization led by pastor Ralph Ovadal says its main goal is to preach the “word of God.”

“Our convictions and beliefs are consistent with historic, evangelical Protestantism,” the Pilgrims Covenant Church said in a statement. “While we seek to hold to what the Scriptures teach with regard to all matters of faith, practice, and life our main focus is gospel doctrine, and our ministry out in the world is sharing the gospel.”

The Nation of Islam is one of the best known black groups in the nation, according to the SPLC. But, “its theology of innate black superiority over whites and the deeply racist, anti-Semitic and anti-gay rhetoric of its leaders have earned the NOI a prominent position in the ranks of organized hate,” the SPLC said. In Wisconsin, it is based in Milwaukee. In a statement, the Nation of Islam pointed to a column by Jason Muhammad in the New York-based Minority Reporter news website that stated the “hate” designation “is the habitual misnomer used to discredit, and isolate a religious group with an impeccable track record of good works and service, particularly to the black community and other oppressed and marginalized communities throughout the country.” 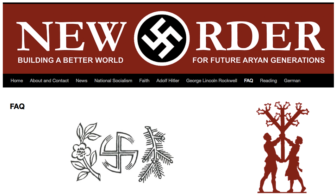 New Order is a neo-Nazi group based in Milwaukee that calls members "heirs" of Adolf Hitler who support an all-white society.

New Order is a neo-Nazi group based in Milwaukee that calls members “heirs” of Adolf Hitler who support an all-white society. According to its website, New Order is composed of Aryan people “committed to building a better world for future generations of their race.” It decries “mindless materialism, self-indulgence, drugs, pollution, pornography, race-mixing, filth, chaos and alienation.”

Martin Kerr, New Order’s chief of staff, claimed it is not a hate group.

“We advocate in favor of our own people, not against other races or ethnicities,” Kerr said in an email. “We consider the White people of the world to be a gigantic family of racial brothers and sisters, united by ties of common ancestry and common heritage. Being for our own family does not mean that we hate other families.”

He called the SPLC, an “anti-White hate organization that accuses every person and every group whose beliefs run counter to theirs as being a ‘hate group.’ ” 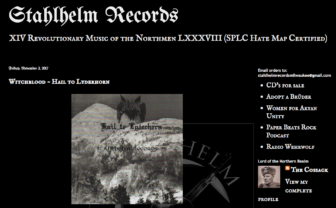 Stahlhelm Records of Milwaukee claims to be “Wisconsin’s only dangerous underground” music distributor that is “arming the elite of the elite with sounds of the eventual revolution.” According to the SPLC, such music distributors traffic in “white power” music that is often used to recruit young people to the “radical right.”