Broken Whistle explores Gov. Scott Walker’s attack on waste, fraud and abuse and the dwindling protections and incentives for whistleblowers in Wisconsin.

Wisconsin’s attack on waste and fraud leaves some whistleblowers, vulnerable residents behind

Stephen Kohn said while it is too early in President Donald Trump’s tenure to say how whistleblowers are faring at the national level, the president’s focus on loyalty is troubling.

“Loyalty to a leader is poison to whistleblowing,” said Kohn, head of the Washington, D.C.-based National Whistleblower Center. “His continuous attack on leaks — most of which are lawful — is having a chilling effect and is detrimental.”

Kohn noted that Trump has attempted to silence would-be whistleblowers in the federal government by publicly attacking people who leak information. Attorney General Jeff Sessions has announced that the U.S. Department of Justice is ramping up its efforts to identify and prosecute federal employees who leak sensitive government information. 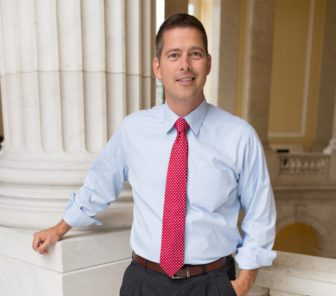 U.S. Rep. Sean Duffy, R-Wis. sponsored a bill, signed into law by President Donald Trump, that protects federal employees from retaliation if they refuse to violate rules — not just laws.

Members of Wisconsin’s congressional delegation have proposed measures that would both hurt and help whistleblowers.

One Republican proposal to repeal significant portions of the Dodd-Frank Act would limit incentives for securities fraud whistleblowers. Republican Rep. Sean Duffy of Wisconsin is a cosponsor of the measure, called the Financial CHOICE Act. Duffy has praised the bill as a way to lower costs to consumers.

Kohn testified at a U.S. House committee hearing that the measure “constitutes a mistaken and troubling step backwards” for the Dodd-Frank Whistleblower Program, which has received more than 18,334 tips.

Since the program’s inception in 2011, 34 whistleblowers have earned more than $111 million in awards for uncovering actions that led to $584 million worth of financial sanctions for fraud or other illegal activity, the Securities and Exchange Commission reported.

The bill passed the House and still needs to pass the Senate, where it is likely to undergo a significant rewrite.

On the other hand, Duffy and other Wisconsin lawmakers are backing measures that would help whistleblowers. Duffy sponsored a bill, signed into law by Trump, that protects federal employees from retaliation if they refuse to violate rules — not just laws. Another new law makes it easier for Veterans Administration officials to fire employees for misconduct while strengthening protections for employees who blow the whistle on such behavior. 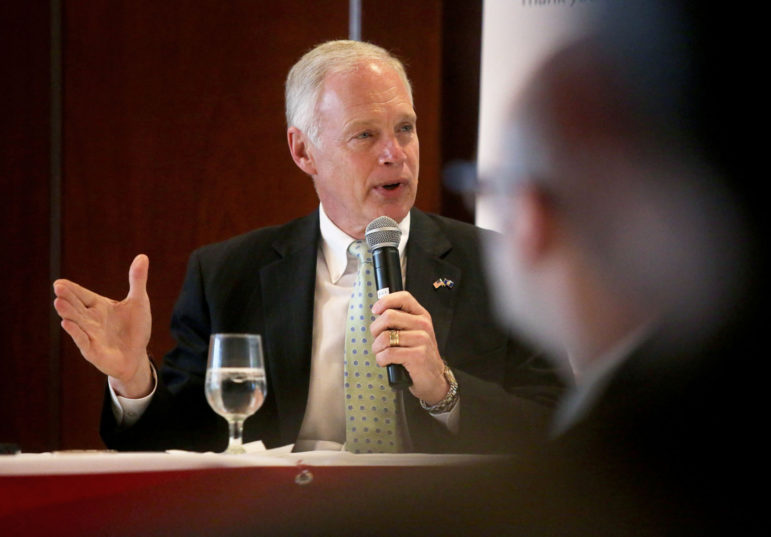 U.S. Sen. Ron Johnson, R-Wis., fields questions from attendees during a luncheon at The Madison Club in Madison on Oct. 9, 2015. Johnson has proposed legislation that would protect federal whistleblowers.

Sen. Ron Johnson, R-Wis., has sponsored another measure, the Dr. Chris Kirkpatrick Whistleblower Protection Act, which passed the Senate in May. Kirkpatrick, a clinical psychologist at the Veterans Medical Center in Tomah, took his own life after he was fired for questioning the hospital’s prescription practices that had turned some ailing veterans into drug addicts.

“Unfortunately, too often these courageous individuals are subjected to retaliation in an attempt to silence them,” Johnson said in a statement.

The bill, which would still need to pass the House and be signed by Trump to become law, would strengthen penalties for federal officials who retaliate against whistleblowers, add protections for probationary employees and ensure federal employees are better informed about whistleblower protections. 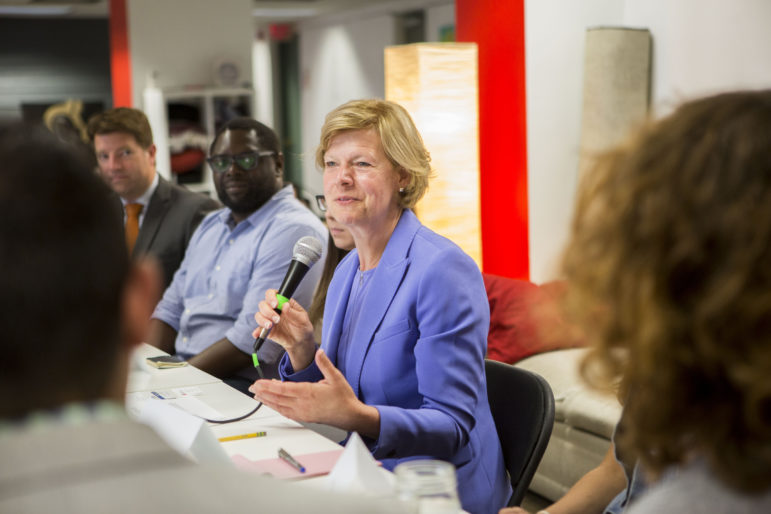 U.S. Sen. Tammy Baldwin, D-Wis. speaks at a roundtable session in Madison, Wis. on Aug 18, 2016. Baldwin is part of the Senate Whistleblower Caucus in Congress that seeks to strengthen protections for federal employees who report waste, fraud and abuse.

Sen. Tammy Baldwin, D-Wis., continues to face criticism for her slow response to problems reported by whistleblowers at the VA hospital in Tomah in 2015. Baldwin fired one aide and disciplined several others after they reportedly failed to pass the information along to her. As the Tomah VA scandal was unfolding, she and Johnson became founding members of the Senate’s Whistleblower Protection Caucus to “foster bipartisan discussion on legislative issues affecting the treatment of whistleblowers.”

The nation’s founders also understood the importance of whistleblowers. In 1778, the Continental Congress passed a resolution stating that it is the duty of all federal employees to report “any misconduct, fraud or misdemeanors” by government officials.

It is something today’s politicians would do well to remember, Kohn said.