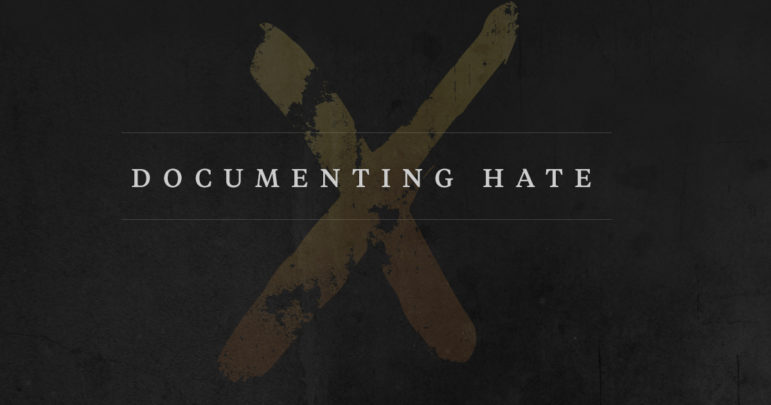 From posters by a white supremacy group placed on the University of Wisconsin-Superior campus to the six members of the Sikh religion fatally gunned down at a temple in Oak Creek, Wisconsin has a troubling history of bias incidents and hate crimes in recent years.

By some accounts, such incidents are on the rise since the presidential campaign of 2016.

That is why the Wisconsin Center for Investigative Journalism is partnering with ProPublica and its Documenting Hate project to collect reports of bias incidents and hate crimes in our state. The nationwide project includes dozens of news, academic and advocacy organizations that have joined to expose the impact of bigotry in America.

Beginning today, the Center is asking residents who have witnessed or experienced hate crimes or incidents of bias to report them using the form on our website. These reports will be used for our reporting on bigotry and become part of ProPublica’s national database. Names of submitters will not be shared outside of the coalition without the submitter’s permission.

The project seeks to document hate crimes defined as those “motivated, in whole or in part, by the offender’s bias against a race, religion, disability, sexual orientation, ethnicity, gender or gender identity.” Documenting Hate also is collecting reports of bias incidents — such as hate speech or threats — based on those same categories.

In addition, the Center is investigating hate groups in Wisconsin. Such groups espouse philosophies that encourage discrimination, hate or violence against people because of their race, because they are lesbian, gay, bisexual or transgender, members of ethnic or religious groups, immigrants, women or others. People with information about such hate groups should contact the Center at tips@wisconsinwatchmediapartners.wpcomstaging.com.