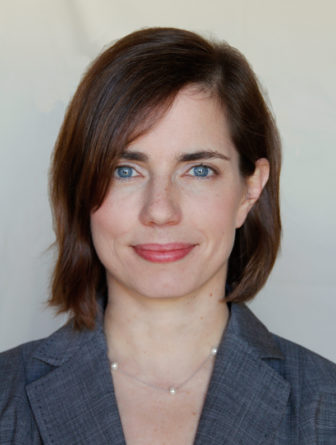 The Wisconsin Constitution states that “the doors of each house” of the state Legislature “shall be kept open,” except on rare occasions. But even with the doors open, the public may not know what’s going on.

A growing trend threatens transparency — and good government — in Wisconsin. Some legislative committees are using “mail ballots” to vote, instead of voting during public meetings.

Important measures have passed out of committee this way. The Assembly Committee on Organization used mail ballots in 2015 to increase lawmakers’ per diem payments, and in 2013 to lift the ban on campaign fundraising during the budget-writing process.

Meetings where votes are cast in person can be attended by the public or viewed on WisconsinEye. By avoiding this process, mail ballots make it harder for citizens to understand what their elected representatives are voting on and why.

This use of mail ballots has predictable impacts on the public’s faith in government. One critic of the well-legislation vote called this avoidance of public discussion “just another example of concealing the effects of the legislation they’re enacting.”

And Brett Healy of the conservative MacIver Institute told the Milwaukee Journal Sentinel in 2013, “If it’s being used by politicians to avoid questions from the public or the press, that’s a concern for everyone in Wisconsin.”

Mail ballots lack the notice that usually precedes an in-person vote — posting in three places at least 24 hours in advance, as well as on the Legislature’s website.

In both 2017 and 2013, legislative committees voted by mail ballot to hire law firms to defend the state’s redistricting maps in court. Some reporters were notified by the Assembly, and the Senate committee posted a single notice in a quiet Capitol hallway. The rest of us were left out of the loop.

The use of mail ballots also deprives legislators of opportunities to suggest amendments. “It’s basically take it or leave it,” said state Senator Chris Larson, D-Milwaukee, in 2013. “There’s no room for debate.” He and other legislators had to vote on hiring the law firm for the redistricting dispute without knowing critical details, like the firm’s billing rate.

Republican legislative leaders note that Democrats used mail ballots when they controlled the Senate in 2009, and to take some votes when they fled the state during the 2011 Act 10 battles.

But a bad idea doesn’t get any better because someone has had that idea before. Transparency suffers either way. In 2005, a state court panned the use of mail ballots in an open meetings law case, saying they rendered “the work of government all but invisible.”

Legal questions aside, citizens shouldn’t have to wait for future courts to limit or fix this problem. Legislators should hear loud and clear that votes should be taken in person, with all the deliberation, input, and process that entails. Otherwise, democracy is reduced to just shuffling paper.

Your Right to Know is a monthly column distributed by the Wisconsin Freedom of Information Council (www.wisfoic.org), a group dedicated to open government. Christa Westerberg, an attorney at Pines Bach law firm in Madison, is the group’s co-vice president.