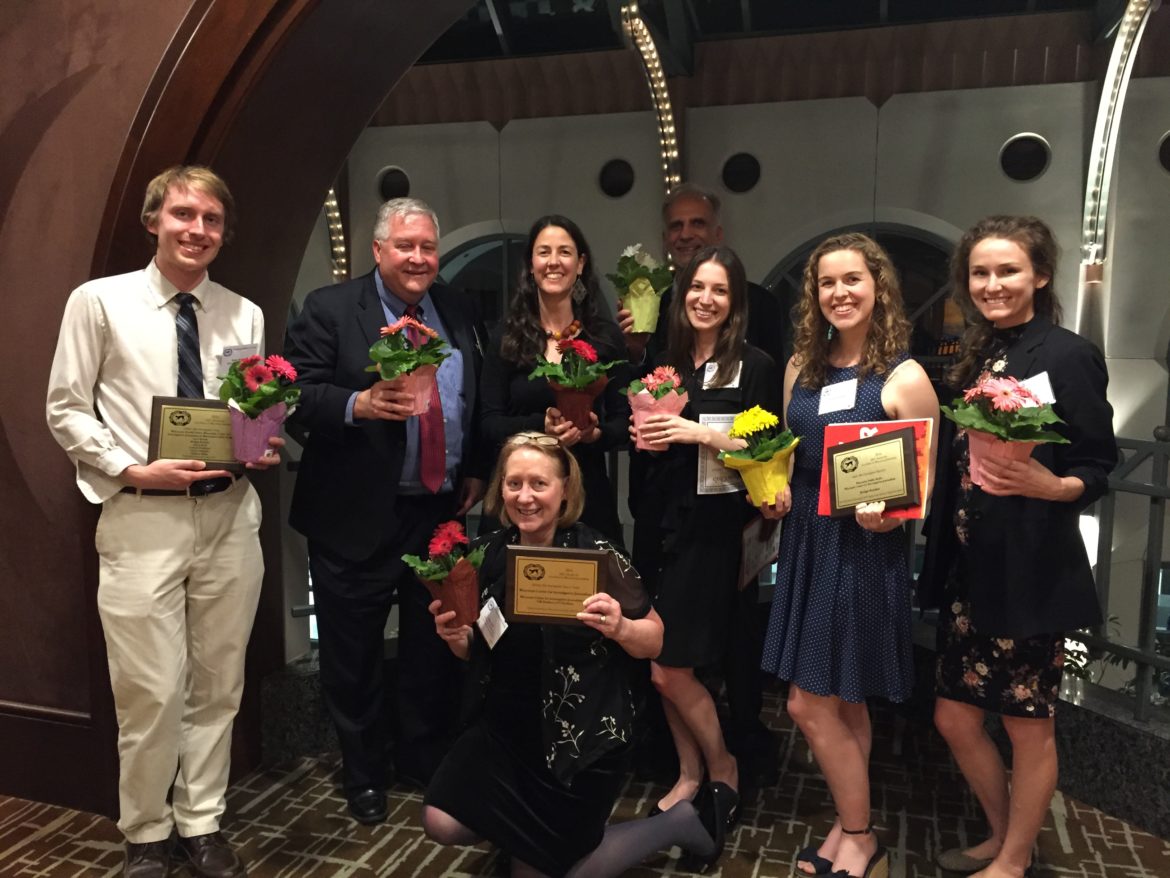 The Center now has received a total of 48 awards since 2011 from the Milwaukee Press Club.

The honors recognize stories that examined risks to Wisconsin’s drinking water, the lack of universal background checks for gun purchases, financial practices that target poor consumers, the skyrocketing cost of prescription drugs, the lack of protections for bees and the use of trauma-informed care in Wisconsin’s criminal justice system and elsewhere.

“Thanks to the generous support of donors and the dedication of the Center’s staff, interns, students, faculty and collaborating news organizations, Wisconsin residents are better informed about critical issues affecting their lives,” said Andy Hall, the Center’s executive director and co-founder.

“These awards affirm that special things are happening here at the Center.”

Best Investigative Story or Series: Wisconsin Center for Investigative Journalism staff, along with University of Wisconsin-Madison J475 students, for “Failure at the Faucet,” a series that revealed numerous threats to drinking water quality in Wisconsin, including lead, arsenic, radium, strontium, pesticides and human and animal bacteria and viruses. This is the second year in a row that Failure at the Faucet has taken first place in investigative reporting from the Milwaukee Press Club. The ongoing series also took top honors for investigative reporting for small independent online news outlets in the national Society of Professional Journalists’ Sigma Delta Chi awards.

Best Investigative Story — Online: This collaborative story about the skyrocketing prices of prescription drugs was reported by Sean Kirkby of Wisconsin Health News, Bridgit Bowden for WPR and Dee J. Hall for the Center along with data analysis by the Center’s Cara Lombardo and Andrew Hahn and photographs by the Center’s Coburn Dukehart. The story featured an audio report and an exclusive analysis that showed prices for some drugs had spiked by more than 5,000 percent, harming patients, boosting state and federal government spending on health care and threatening the ability of free clinics to care for the uninsured.

Best Investigative Report — Audio: Bridgit Bowden, reporting for both Wisconsin Public Radio and the Center, explored the lack of regulation that allows poor borrowers to be charged average interest rates of 565 percent.

Bridgit Bowden for revealing the problem of lead in Wisconsin’s drinking water. (Those stories can be heard here and here and here.)

Best Multi-Story Coverage of a Single Feature Topic or Event: Managing Editor Dee J. Hall and Digital and Multimedia Director Coburn Dukehart for a package of stories examining the use of trauma-informed care in Wisconsin. The stories explored how the state is confronting childhood trauma in social service, court and correctional settings.

Best Use of Multimedia: Marion Ceraso, Abigail Becker and Haley Henschel for the Center and Bridgit Bowden reporting for WPR on a multimedia package that exposed gaps in Wisconsin’s plan to save bees and other pollinators. The package featured an audio report, photos, interactive graphics and a GIF showing the growing use of a type of pesticides associated with bee die-offs.

Best Public Service Story or Series: Alexandra Arriaga, Coburn Dukehart and Dee J. Hall of the Center and Bridgit Bowden of Wisconsin Public Radio for a package of stories exploring why Wisconsin has failed to expand background checks to all gun purchases. These stories were produced for Precious Lives, an examination of gun violence in Milwaukee. It was a collaborative project involving the Center, 371 Productions, the Milwaukee Journal Sentinel, WUWM Milwaukee Public Radio, and WNOV. Precious Lives won an additional four awards.

Best Use of Multi-Platform Reporting: Bridgit Bowden reporting for WPR, along with Coburn Dukehart for the Center and artist Jacob Berchem for a story that revealed problems in the multibillion-dollar debt buying industry that targets poor borrowers. The package featured an online/print story, an audio report, photographs produced by Dukehart and illustrations by Berchem.