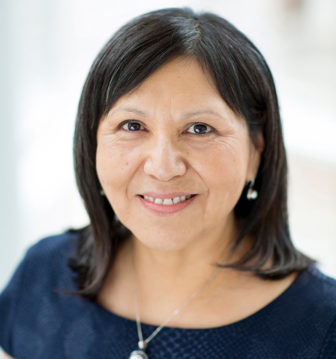 Madison Magazine Editor Karen Lincoln Michel has been elected president of the Wisconsin Center for Investigative Journalism Board of Directors.

Madison Magazine Editor Karen Lincoln Michel has been elected president of the Wisconsin Center for Investigative Journalism Board of Directors, the first change in the post since the Center was incorporated in 2008.

As president, Michel heads a nationally acclaimed nine-member board, including experts in investigative journalism, nonprofit journalism and nonprofit financial management, who guide the organization and determine policies while day-to-day operations are handled by the staff.

Michel succeeds Brant Houston, Knight Chair in Investigative and Enterprise Reporting at the University of Illinois at Urbana-Champaign. Under a previously agreed upon succession plan, Houston now serves as vice president.

“I am honored to take on this important leadership role with WCIJ, which has built a strong reputation of producing great investigative journalism,” Michel said. 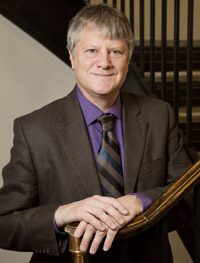 Brant Houston is the new vice president of the board of the Wisconsin Center for Investigative Journalism.

“Since the Center’s inception, Brant Houston has played a key role in helping grow this innovative startup through his many contributions, sound guidance and commitment to the organization’s mission. Brant set a high standard for the position of WCIJ president, and I plan to build on that momentum.”

The board re-elected Jack Mitchell, professor emeritus in the University of Wisconsin-Madison School of Journalism and Mass Communication, as secretary; while Keith Baumgartner, a certified public accountant and partner with Smith & Gesteland, LLP in Madison, was re-elected treasurer.

The award-winning Center began operating in 2009 as an independent nonprofit and nonpartisan news organization. It has produced nearly 300 major reports that have been published, broadcast or cited by more than 500 news organizations.

The Center’s staff includes co-founders Andy Hall (executive director) and Dee J. Hall (managing editor), Lauren Fuhrmann (associate director), Coburn Dukehart (digital and multimedia director) and Alexandra Hall (Wisconsin Public Radio Mike Simonson Memorial Investigative Reporting Fellow, who is embedded in the newsroom). Many of the Center’s reports are produced in collaboration with students and paid interns at the UW-Madison journalism school, partners at Wisconsin Public Radio and Wisconsin Public Television, and other news organizations in Wisconsin and nationwide. The Center’s reports are published on its website, WisconsinWatch.org, and are provided for free to other newsrooms through a password-protected distribution system.

“It has been rewarding to see the Center develop over the past decade and be nationally recognized for the tremendous journalism it practices,” Houston said. “Many thanks to Andy and Dee Hall and the staff and board for their work. I look forward to continuing to work with Karen and the board.” 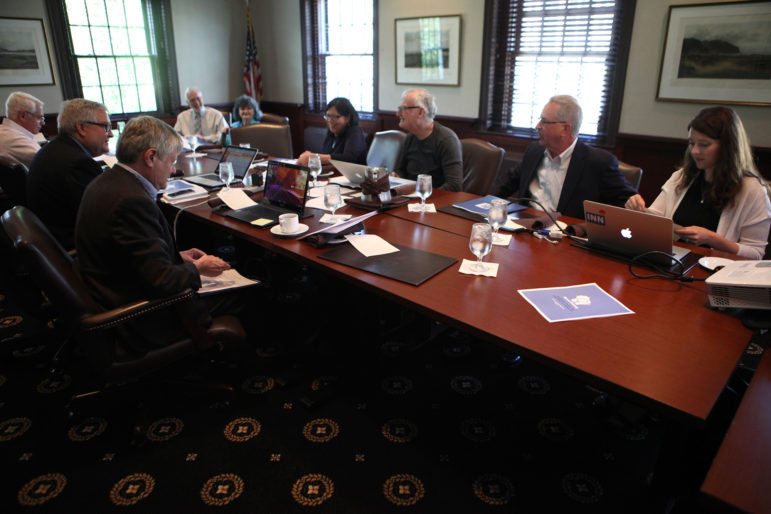 A 2016 board meeting of the Wisconsin Center for Investigative Journalism.

Michel, a veteran editor, writer and newsroom leader, is editor of Madison Magazine. She is a former executive editor of The Daily Advertiser in Lafayette, La., and assistant managing editor of the Green Bay Press-Gazette. Michel is a nationally noted leader in Native American journalism and newsroom diversity and a member of the Ho-Chunk tribe in Wisconsin. As assistant managing editor in Green Bay, Michel oversaw the Opinion page team, conducted community outreach to attract new audiences, and focused on public service journalism through data-driven analyses. Previously she covered state government and politics in her role as the Press-Gazette’s Madison bureau chief. In 2008, Michel completed a two-year term as president of UNITY: Journalists of Color, the largest journalism organization in the nation, representing thousands of news reporters and editors of diverse racial and ethnic backgrounds. A past president of the Native American Journalists Association, Michel has a bachelor’s degree from the University of Wisconsin-Stout and a master’s degree from Marquette University.