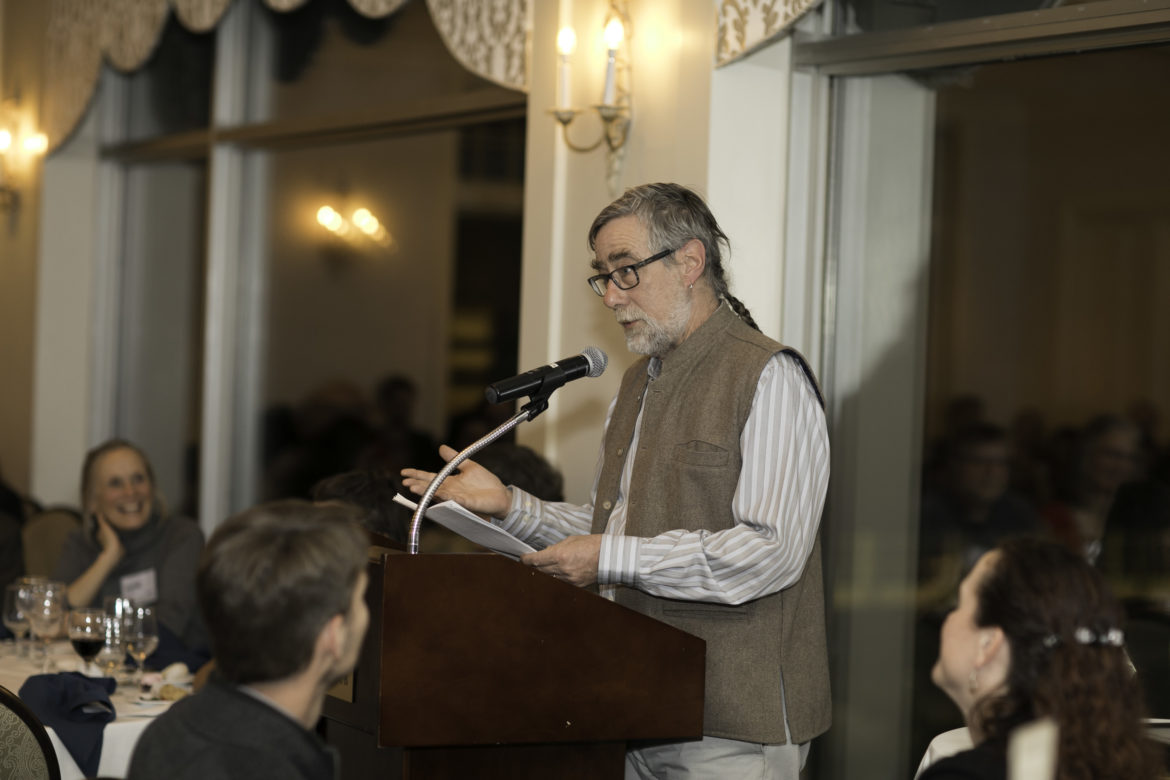 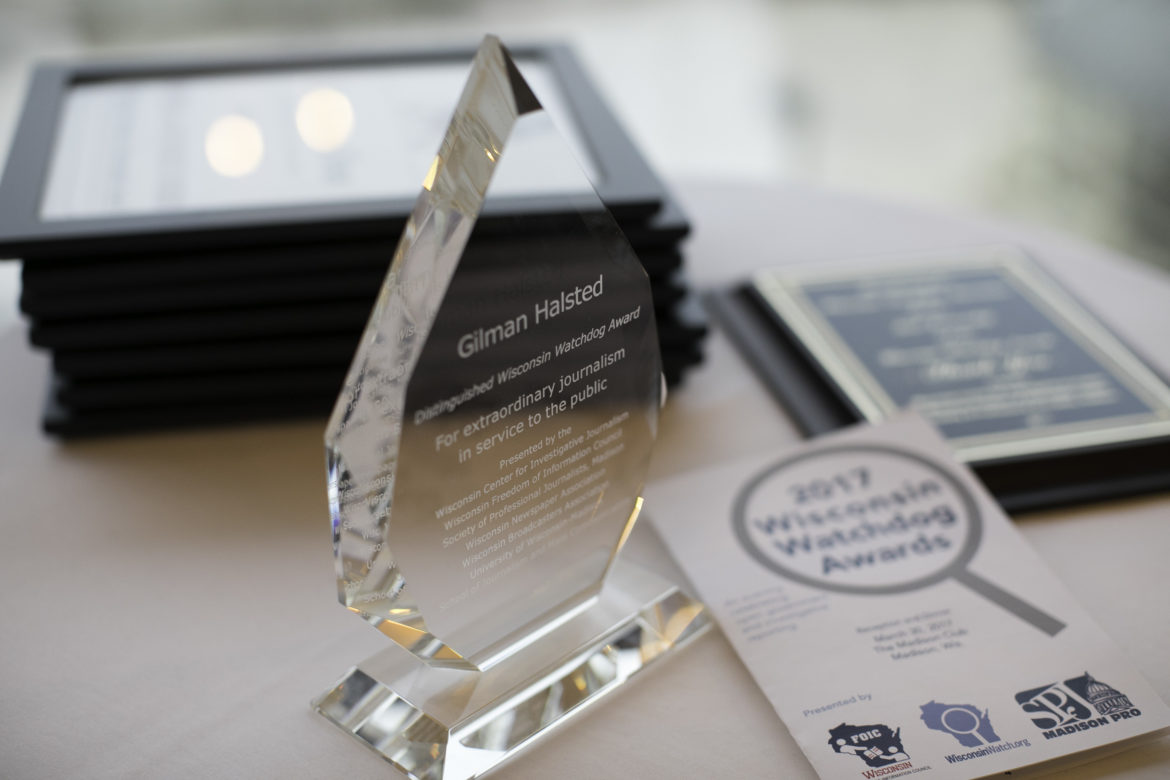 See photos from the 2017 Wisconsin Watchdog Awards, including the Watchdog 101 Workshop, reception and dinner. 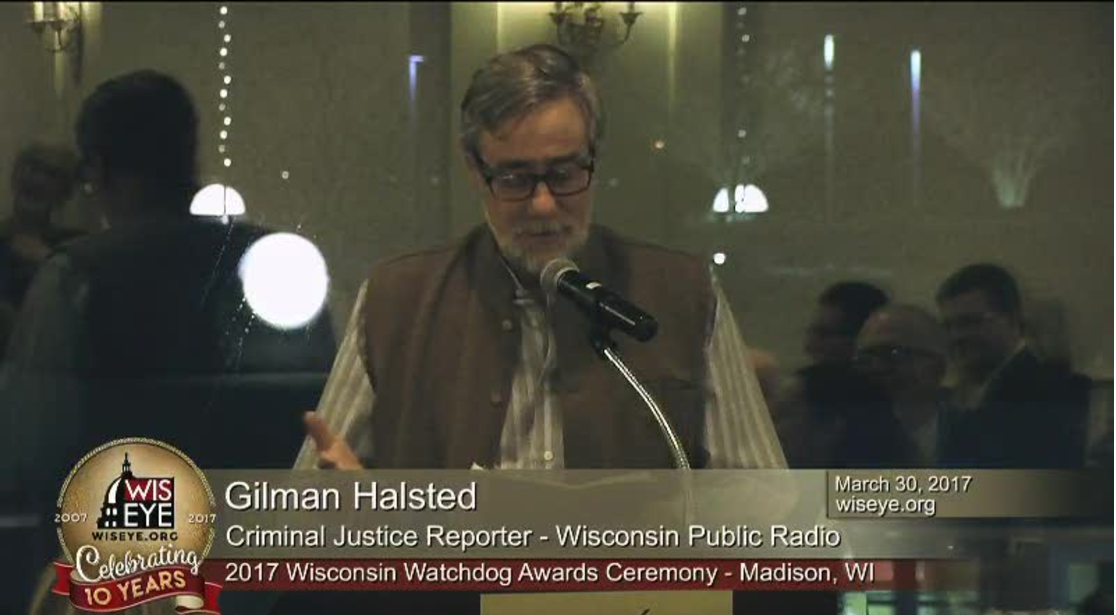 Journalists and advocates for open government gathered at the seventh annual Wisconsin Watchdog Awards to celebrate efforts to keep the public informed while vowing to remain vigilant in the face of pushback from politicians.

Gilman Halsted, the 2017 recipient of the Distinguished Wisconsin Watchdog Award, delivered the keynote address to the sold-out March 30 event, which was hosted by the nonpartisan and nonprofit Wisconsin Center for Investigative Journalism, the Wisconsin Freedom of Information Council and the Madison Pro Chapter of the Society of Professional Journalists.

Those three organizations were joined in naming Halsted the 2017 honoree by the Wisconsin Newspaper Association, Wisconsin Broadcasters Association and the University of Wisconsin-Madison School of Journalism and Mass Communication.

Halsted began his journalism career late in life. He reported for six years from Wisconsin Public Radio’s Wausau bureau before moving to Madison in 2000, producing award-winning examinations of the state’s criminal justice system at WPR until his retirement in 2016.

“He opened, read and researched every single letter he received from inmates at correctional institutions,” said Kristen Durst, a former WPR colleague who now serves as public relations coordinator for the State Bar of Wisconsin.

Halsted also produced spot stories and features for National Public Radio’s Morning Edition and All Things Considered, in addition to public radio news magazines. He has won awards from the Associated Press, the Milwaukee Press Club and the Wisconsin Broadcasters Association. 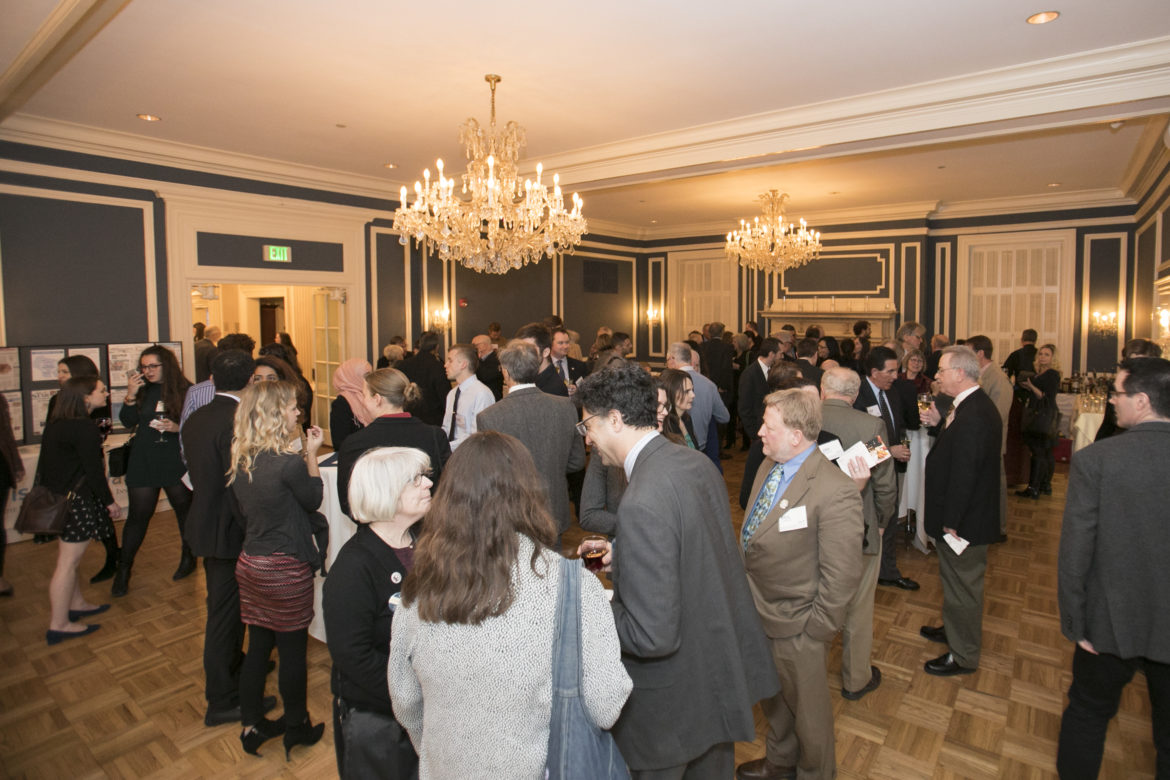 Journalists, politicians, supporters of open government and members of the public mingle during the cocktail hour at the 2017 Wisconsin Watchdog Awards on March 30. The event is an annual celebration of investigative journalism and open government.

Halsted told the audience that high-quality, aggressive journalism is more important than ever. He recited some of the advice he got from mentors throughout his career.

“The powers that be are disseminating ‘alternative facts’ that need to be challenged, not just reported on,” Halsted said. “Ask tough questions, demand transparency in government operations, find sources whose voices get left out of the public discourse, write good copy, record clear sounds, take pictures that evoke the urgency of the story, and be faithful to your sources.”

Halsted said one of the more formidable challenges of his decades-long career was walking the fine line between objective reporting and compassion for his sources. He acknowledged getting too close to a source while working on a story about the challenges of life after prison. He said the source, an ex-offender, ended up manipulating him.

Halsted cautioned journalists not to let compassion turn them into advocates, which he said would “run the risk of losing credibility within the journalist profession and among the news consumers you are trying to inform.” 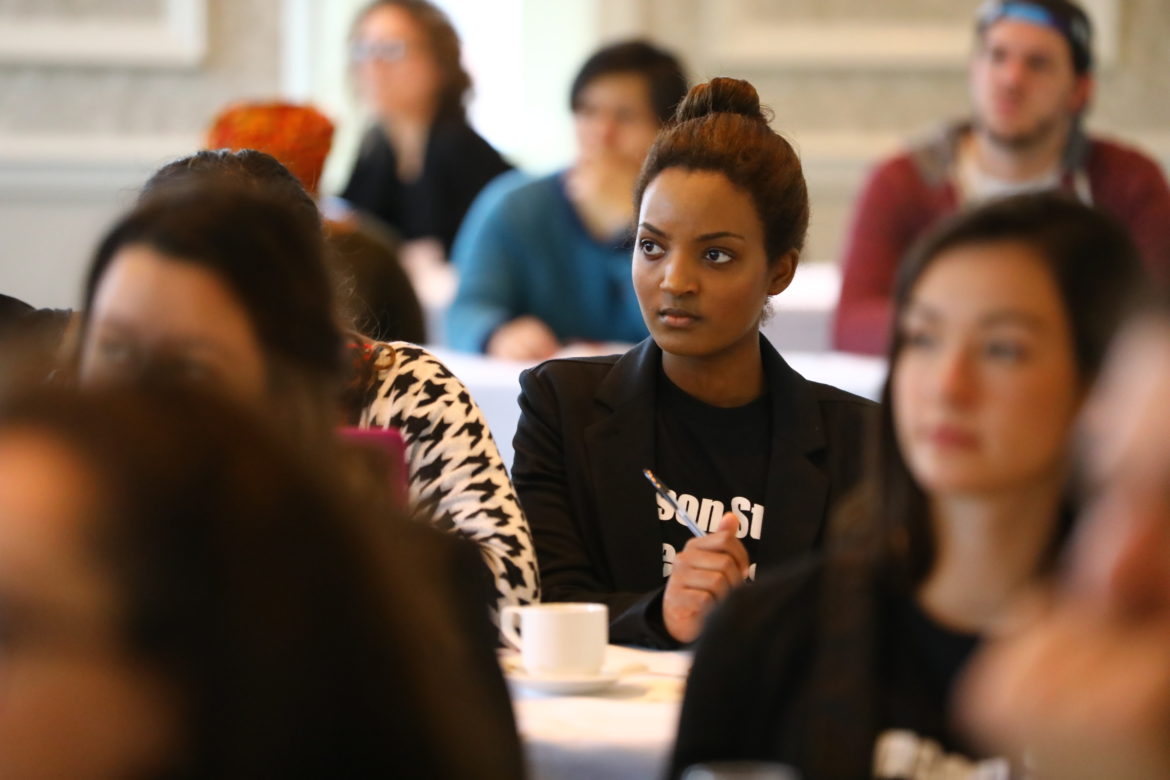 The Wisconsin Freedom of Information Council, a nonpartisan group that seeks to protect public access to meetings and records, reviewed the year in open government.

FOIC president Bill Lueders said that, in terms of attacks on open government, 2016 was a big improvement from the previous year, when state Republicans introduced a measure to eviscerate the public records law which was withdrawn following widespread public condemnation. Still, in 2016, Lueders said, “many officials continue to withhold too much.”

Some state lawmakers use their unique exemption from public records retention rules to destroy communications they receive from the public and special interests, he said. Lueders also noted that the state Supreme Court sided with Milwaukee County Sheriff David Clarke when he refused to release information he had shared with federal immigration authorities. And Lueders cited a case in which the high court took the rare step of refusing to reveal how individual justices had voted in a case involving a business dispute. 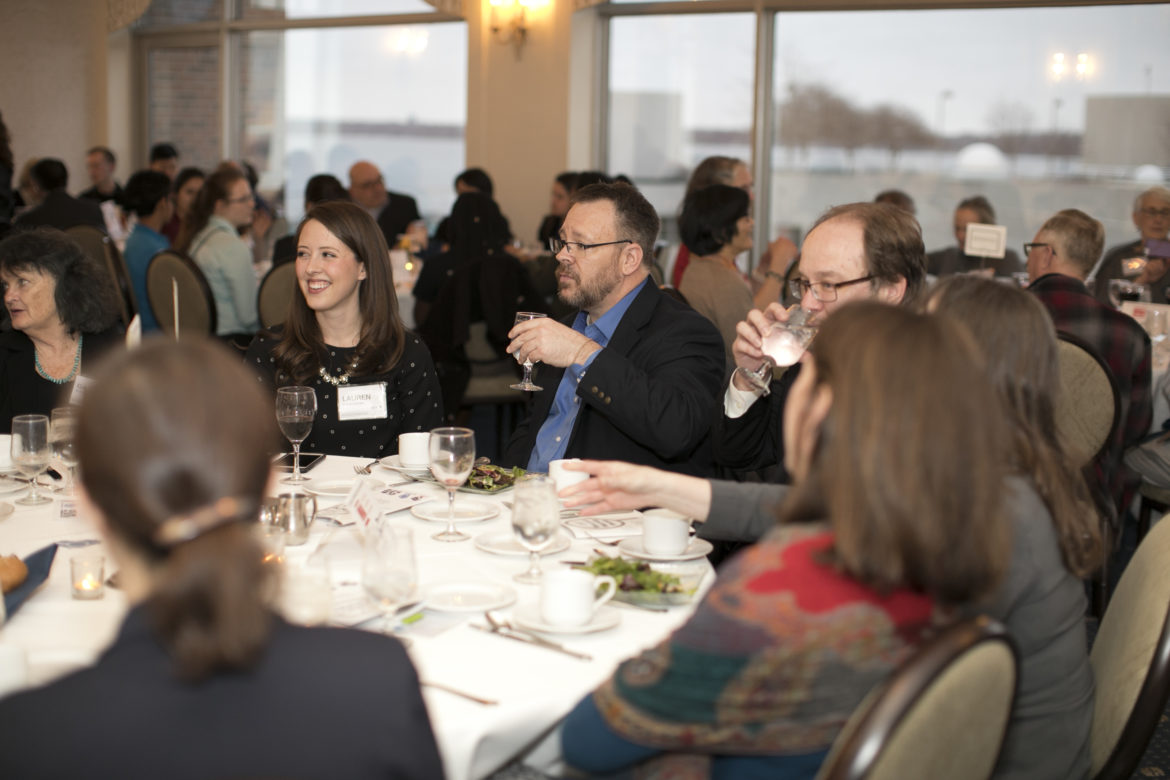 But Lueders said the year also produced a win for open government. He noted that Gov. Scott Walker, for the second consecutive year, issued an executive order to improve public records access, calling on state agencies to post their response times for records requests, make more information available, increase staff training and limit what they can charge for records.

The FOIC honored winners of the 2016-17 Openness in Government Awards, or “Opees.” The awards are given for extraordinary achievement, both positive and negative, in the cause of open government.

This year, the Opee winners included:

— No Friend of Openness Award (“Nopee”): The Wisconsin Department of Corrections for a range of public records denials and delays, including those concerning the state’s embattled juvenile prisons; for proceeding with a plan to immediately destroy training videos; and for former Secretary Ed Wall’s attempts to avoid the public records law by writing to another state official at his home address — an action for which he was fired. Representatives from the DOC declined an invitation to accept the award.

— Political Openness Award (“Popee”): State Rep. Cory Mason, D-Racine, who continues to push to open up closed legislative party caucus meetings to the public. Mason has also broken ranks with some members of his party to push for making the Wisconsin Interscholastic Athletic Association subject to public records laws. And he opposed efforts to reduce transparency when it comes to campaign donors and the failed push to gut the public records law.

— Citizen Openness Award (“Copee”): Appleton resident John Krueger, for suing the Appleton Area School District for refusing to allow him to attend meetings formed in response to his concerns about course curriculum. The case is now pending before the state Supreme Court. Milton resident Lance Fena, who insisted on his right to make a video recording at a Milton School Board meeting, as the law allows, also was honored with a Copee.

— Whistleblower of the Year (“Whoopee”): Long-time federal employee Ronald Klym, for blowing the whistle on what Watchdog.org called “incompetence, misconduct and long case delays” at a Milwaukee Social Security disability office. He was allegedly subjected to increased workload and other harassment before being fired in August. 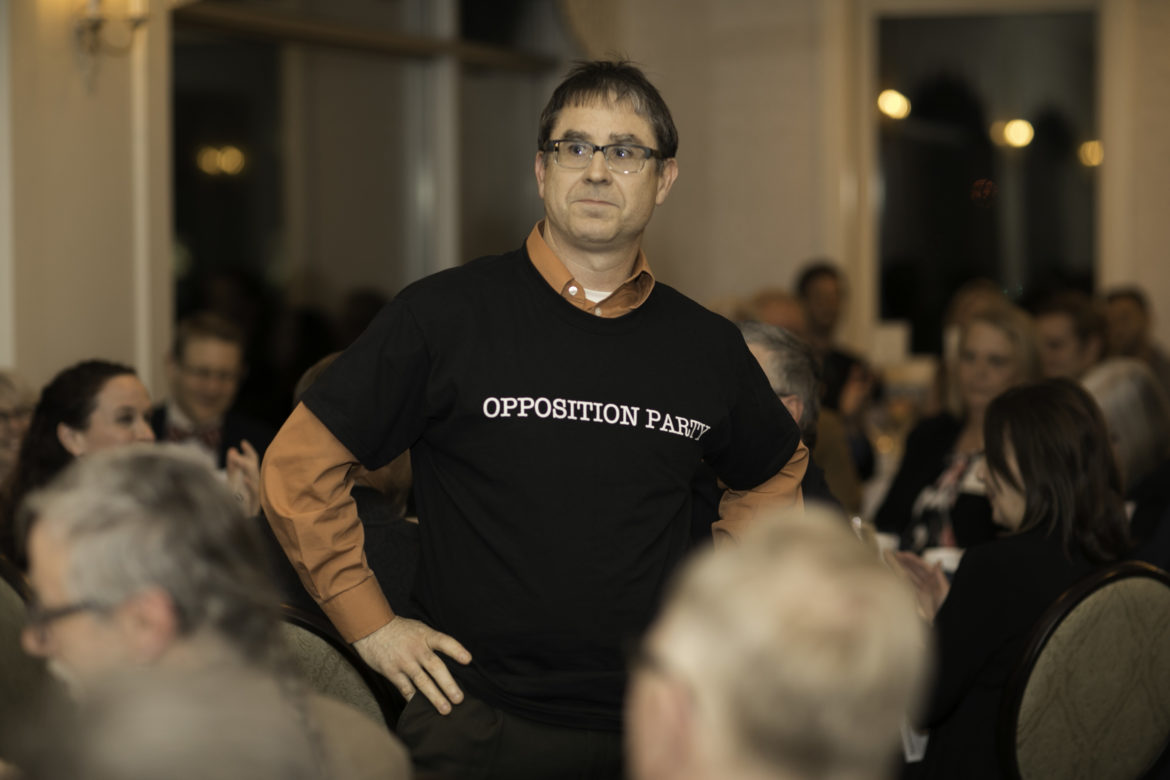 Mark Pitsch, Wisconsin State Journal state editor and president of the Madison chapter of the Society of Professional Journalists, wears an “Opposition Party” shirt during his address at the 2017 Wisconsin Watchdog Awards.

Donning an “Opposition Party” T-shirt, Wisconsin State Journal state editor Mark Pitsch, president of the Madison SPJ chapter, reviewed a year of attacks on the profession — “fake news” and “alternative facts” — that are threatening the mission of journalism.

“All of it is designed to undermine exactly what we do: to help sustain American democracy by serving as a check on government power, to help readers, viewers and listeners understand and make sense of their world, and to emphasize truth — truth over propaganda,” Pitsch said.

Before the Watchdog Awards, staff from the Wisconsin Center for Investigative Journalism, along with former Milwaukee Journal Sentinel editor Marty Kaiser and former WCIJ intern Jacob Kushner, taught a three-hour workshop on the tools of investigative journalism attended by about 30 students and professionals.