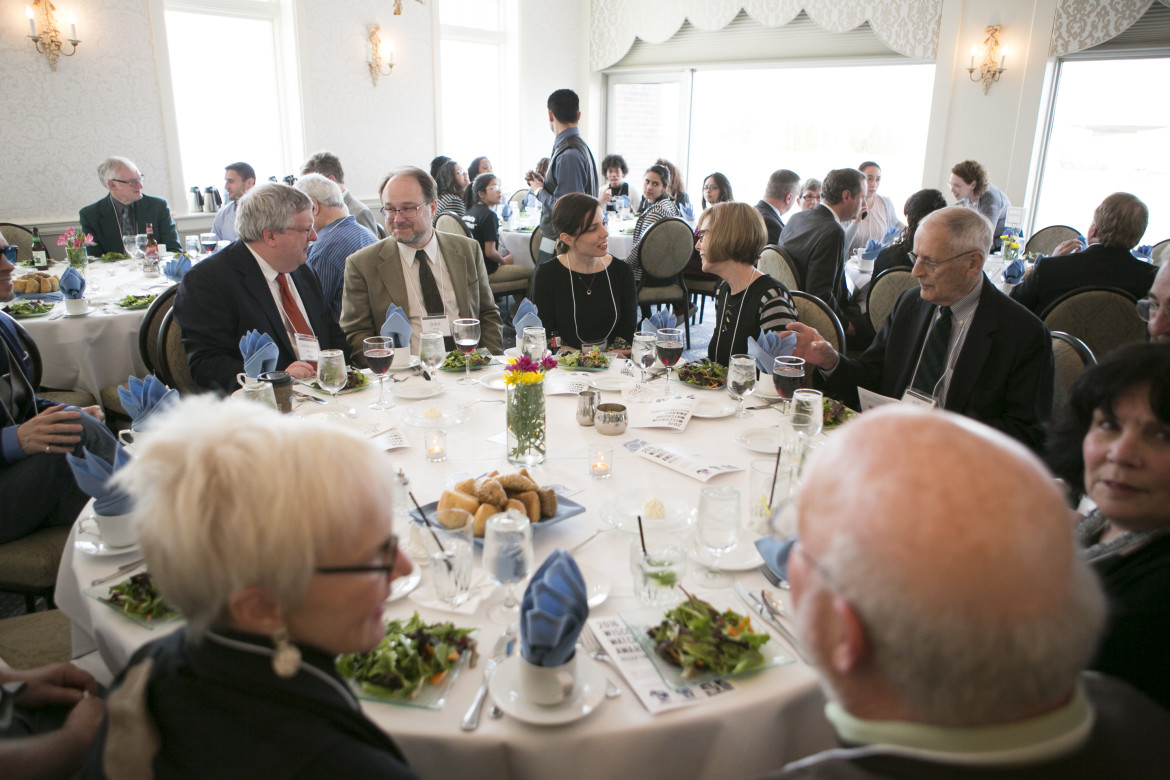 Attendees at the 2016 Wisconsin Watchdog Awards in Madison.

The Wisconsin Newspaper Association board of directors has approved a $10,000 sponsorship of the seventh annual Wisconsin Watchdog Awards, double the largest previous support of the annual celebration of open government and investigative reporting.

The event, to be held March 30 in Madison, includes a ceremony to honor the 2017 recipient of the Distinguished Wisconsin Watchdog Award, retired Wisconsin Public Radio reporter Gilman Halsted, who produced award-winning examinations of the state’s criminal justice system.

The Wisconsin Watchdog Awards event also will honor recipients of the Freedom of Information Council’s annual Openness Awards, or Opees, for their work promoting open government.

Halsted became a familiar voice to WPR listeners, working for six years in the Wausau bureau before moving to Madison in 2000. He covered the courts and the prison system and also wrote and produced general assignment stories for daily state newscasts until his retirement in 2016.

The Distinguished Wisconsin Watchdog Award is presented jointly by the Wisconsin Center for Investigative Journalism, the Wisconsin Freedom of Information Council, the Madison Pro Chapter of the Society of Professional Journalists and three additional organizations that joined the selection committee for the first time — the Wisconsin Newspaper Association, Wisconsin Broadcasters Association and University of Wisconsin-Madison School of Journalism and Mass Communication.

Proceeds support the nonprofit and nonpartisan Wisconsin Center for Investigative Journalism, the participation of young journalists in the evening celebration and a special investigative reporting workshop provided for free to student and early-career journalists. 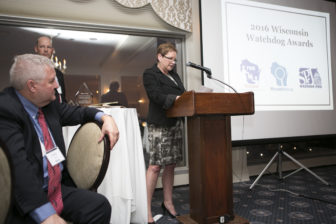 “The members of the Wisconsin Newspaper Association often rely on the trusted and valuable work produced by the Wisconsin Center for Investigative Journalism,” WNA Executive Director Beth Bennett said.

“It is an honor to support the center in its mission to expand the quality and visibility of investigative reporting throughout the state.”

The WNA was established in 1853 and is among the longest serving press associations in the world. Created by Wisconsin newspapers, the WNA seeks to strengthen the newspaper industry, enhance public understanding of the role of newspapers, and protect basic freedoms of press, speech and the free flow of information. It serves 217 member newspapers (31 dailies and 186 weeklies) as well as advertisers through advertising placement programs, and additional clients through media monitoring services.

The public is invited to the Wisconsin Watchdog Awards. The March 30 event begins with a reception at 5 p.m., followed by dinner at 6 at The Madison Club, 5 E. Wilson St. Just 120 tickets will be sold and the event has been at capacity the previous two years. March 22 is the deadline for purchasing tickets. They cost $60 and are available at: http://2017watchdog.eventbrite.com/

Dave Zweifel, editor emeritus of The Capital Times and a founder of the Wisconsin Freedom of Information Council, was named the inaugural Distinguished Wisconsin Watchdog in 2011 and serves on the award selection committee. The late Dick Wheeler, founder of the Wheeler Report and a tireless advocate for public access to the workings of state government, was honored in 2012. In 2013, U.S. District Judge Lynn Adelman, the chief author of Wisconsin’s Open Records Law and a strong advocate of the Open Meetings Law, received the award. The 2014 recipient was Milwaukee Journal Sentinel investigative reporter Dave Umhoefer. In 2015, Journal Sentinel investigative health reporter Meg Kissinger received the honor for tirelessly exposing flaws in the mental health system. And last year, attorney Robert J. Dreps was honored for being a champion of open government and representing news organizations in groundbreaking cases for three decades.

Additional sponsorships of the event are welcomed. Information about becoming a sponsor is available from Andy Hall at the Wisconsin Center for Investigative Journalism at ahall@wisconsinwatch.org and at https://partners.wisconsinwatch.org/about/donations/watchdog-sponsorship/