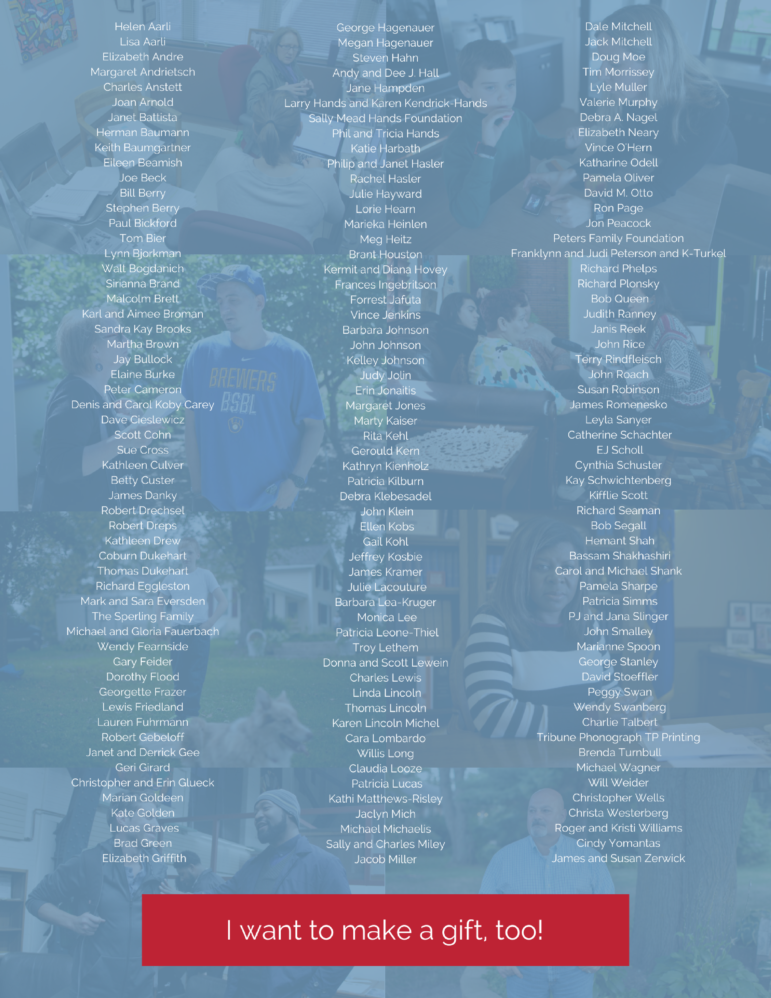 As we celebrate the success of the Knight Foundation’s News Match program, we’re gratified by the gifts as well as the words flowing to our office.

“You do such fine work,” one of the News Match donors wrote. “As ex-journalists who can appreciate your meticulous, completely unbiased efforts, we wish you all a healthy, happy new year.”

Another said, “Thank you for all your hard work and very important work your team does to keep people informed. We need you now, more than ever!”

The independent and nonpartisan Wisconsin Center for Investigative Journalism has a $500,000 operating budget, four full-time employees, four to six paid interns and skilled volunteers whose investigative reports are shared for free on WisconsinWatch.org and through hundreds of other news organizations.

This work, which strengthens our democracy, is funded by donations from individuals, corporations and foundations, as well as sponsorships and earned income for producing stories and training journalists. As a matter of policy, funders exercise no control over the Center’s editorial decisions, and all funders are publicly identified, to protect the integrity of our journalism.

Thanks to your generosity in the News Match program, WCIJ can report sizable gains in recent individual contributions.

Knight matched donations of up to $1,000 per donor between Dec. 19 and Jan. 19 during the program, created to aid 57 high-quality nonprofit newsrooms during this period of increasing concern about “fake news.”

WCIJ announced that it reached $25,000, the maximum amount eligible for a match, on Jan. 5.

We were thrilled to see that donors kept writing checks and sending online gifts.

Today we can release the final tally: $31,251 in donations that met the match criteria.

The gifts came from 168 donors, 96 of whom had never given to WCIJ before.

WCIJ’s News Match donors hailed from 15 states, the District of Columbia and Australia.

We’re encouraged by a recent increase in gifts coming from individuals — donations that affirm the value people place on the investigative reports and training produced by WCIJ.

Together, we’re building WCIJ into an organization that will sustain investigative reporting, and the training of investigative journalists, for many years to come!