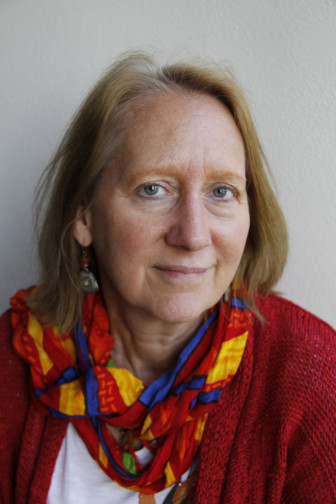 One of the most important court decisions in Wisconsin political history was argued largely in secret. The arguments were made in briefs that were heavily redacted or entirely shielded from public view. The evidence was hidden. Most of the litigants were anonymous.

The level of secrecy “is something I haven’t ever heard of happening in Wisconsin,” says David Schultz, a retired University of Wisconsin law professor who has watched the state Supreme Court for 40 years.

Unless the high court decides to unseal its files, the public will remain ignorant of the full facts and arguments it considered when it shut down the John Doe II investigation centered on Gov. Scott Walker’s campaign — known in court documents as “Unnamed Movant No. 1.”

Leaked and inadvertently unsealed records revealed that Walker raised large, undisclosed donations for ostensibly independent political groups, which in turn ran “issue ads” prior to the 2011 and 2012 Senate recall elections and the 2012 gubernatorial recall. These are unregulated, thinly veiled communications often intended to influence elections without expressly advocating for or against any candidate.

When two lawsuits aimed at killing the probe and a third filed by prosecutor Francis Schmitz attempting to save it made their way to the Supreme Court, the majority of justices agreed that most of the issues should be argued in secret to prevent “testimony which may be mistaken or untrue from becoming public.”

In July 2015, by a 4-2 vote, the court ended the probe, declaring that the conduct under investigation was not illegal and ordering that the evidence be returned to the subjects or destroyed. The court later amended its order to direct that the remaining evidence be turned over to the court. No one was ever charged.

But questions remain: What exactly did Walker do behind the scenes to fight the recalls? What evidence did prosecutors offer that two of the justices had conflicts of interest? Did prosecutors abuse their discretion in investigating activity that the subjects argued was protected political speech under the First Amendment?

And, importantly, did the court follow the law and precedent when it decided to shut down the investigation? Or did it, as Justice Shirley Abrahamson charged in her dissent, engage in a “blatant attempt to reach its desired result by whatever means necessary”?

In October, two nonprofit and nonpartisan groups — the Wisconsin Freedom of Information Council and the Wisconsin Center for Investigative Journalism — filed a public records request with Diane Fremgen, the clerk of the Supreme Court, asking that the case file be opened.

Fremgen denied the request, saying the court had directed her to maintain “certain filings” in the case under seal — even essential records such as motions and briefs filed with the court.

There are, we understand, concerns about releasing some exhibits attached to the court filings, on grounds that this evidence was illegally seized by prosecutors and should remain sealed. But Fremgen decided not to split those hairs, denying the entire request.

Abrahamson, for her part, has argued the case should be open, writing, “The public has a constitutional, statutory and common law right of access to judicial proceedings and judicial records.”

Your Right to Know is a monthly column distributed by the Wisconsin Freedom of Information Council (www.wisfoic.org), a group dedicated to open government. Dee J. Hall is the group’s secretary and managing editor of the Wisconsin Center for Investigative Journalism.