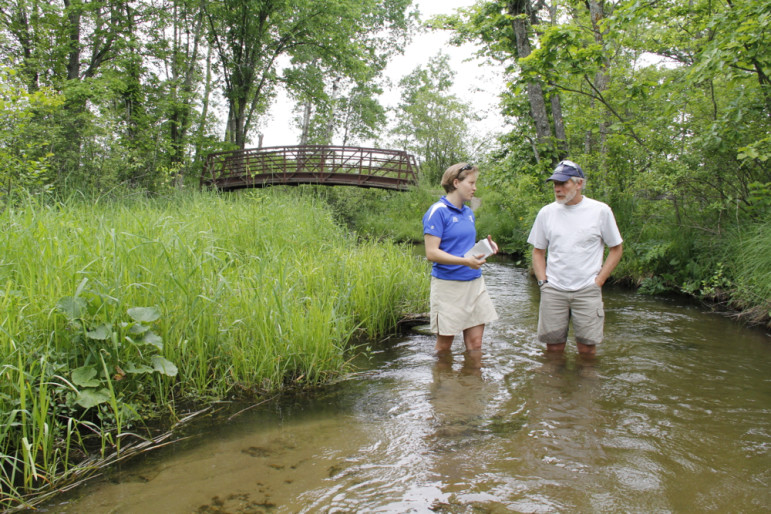 The award-winning Wisconsin Center for Investigative Journalism is hiring a paid investigative reporting intern for summer 2017.

The intern will report on investigative stories and may use other skills, including photography and data analysis and visualization, to produce investigative coverage.

Eligibility is limited to undergraduate and graduate students who are enrolled, at the time of application, in the University of Wisconsin-Madison School of Journalism and Mass Communication, where the independent nonpartisan and nonprofit Center is based.

Pay for the 12-week internship is $11 an hour. The schedule is about 40 hours per week and is flexible.

Some travel around Wisconsin may be required. Access to a laptop is required. 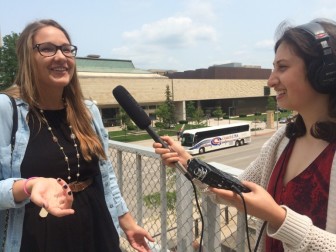 During a staff training on recording audio, reporter intern Haley Henschel explains to Tara Golshan what she had for breakfast.

Reporting interns receive intensive training and experience in interviewing, researching and writing. They work with WCIJ’s staff and partners at Wisconsin Public Radio and Wisconsin Public Television to produce high-impact investigative journalism on government integrity and quality of life issues.

To apply for a reporting internship, applicants must submit the following in electronic form to Executive Director Andy Hall at ahall@wisconsinwatch.org:

Questions may be directed to Hall at ahall@wisconsinwatch.org, 608-262-3642, or in the Center’s office, 5006 Vilas Communication Hall.

About the Wisconsin Center for Investigative Journalism

The Center began operating in 2009. It increases the quality and quantity of investigative reporting in Wisconsin, while training current and future generations of investigative journalists. Its work fosters an informed citizenry and strengthens democracy. The Center is guided by its values: Protect the vulnerable. Expose wrongdoing. Seek solutions. It focuses on government integrity — particularly the role of money in politics and policymaking — and quality of life issues such as the environment, education, the economy, health, and the justice system that are important to the people of Wisconsin.

The Center collaborates with Wisconsin Public Radio, Wisconsin Public Television, the University of Wisconsin-Madison School of Journalism & Mass Communication, where it is housed, and news organizations in Wisconsin and across the nation.

The Center’s reports are distributed by WisconsinWatch.org, the Center’s Web site; and are made available for free to print, online and broadcast news organizations. Since 2009, the Center has produced nearly 300 major news reports that have been cited, published or broadcast by more than 500 newspapers, radio and TV stations and news websites in Wisconsin and nationwide. The estimated audience of the Center’s reports exceeds 56 million people.

Stories produced by the Center’s staff, interns and classroom collaborations have received 40 Milwaukee Press Club awards, and three times have been named a finalist in the student category of the Investigative Reporters and Editors Awards. In 2012, the Center’s collaboration with the UW-Madison journalism school won the Associated Press Media Editors’ first Innovator of the Year for College Students award.

The Center’s former interns are thriving in journalism and related fields. They have worked for news organizations across the nation and around the world, including the Green Bay Press-Gazette, WisPolitics.com, Voice of San Diego, NBC, USA Today, Appleton Post-Crescent, The Nation, Yakima Herald Republic, Forbes, The Guardian and The Associated Press.