Martin Kaiser, who led the Milwaukee Journal Sentinel to three Pulitzer Prizes, has been elected to the board of directors of the nonprofit and nonpartisan Wisconsin Center for Investigative Journalism. 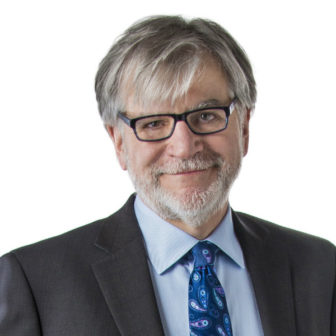 Marty Kaiser has been elected to WCIJ's board of directors. The former Milwaukee Journal Sentinel editor specializes in leadership, digital innovation, ethics, investigative reporting and editing.

Kaiser had a distinguished two-decade newspaper career in Milwaukee before stepping down in 2015 as Editor/Senior Vice President of the Journal Sentinel to become a journalism consultant. He specializes in leadership, digital innovation, ethics, investigative reporting and editing.

“We are delighted that Marty has joined the Center board,” said Brant Houston, board president and Knight Foundation Chair in Investigative and Enterprise Reporting at the University of Illinois at Urbana–Champaign. “He brings great experience and knowledge in journalism and in management. We are honored that he has agreed to serve.”

A nationally acclaimed board of directors, including experts in investigative journalism, nonprofit journalism and nonprofit financial management, determines the Center’s policies, while day-to-day operations are handled by the staff. The board now has nine members.

Before arriving in Milwaukee, Kaiser was Associate Managing Editor of the Baltimore Sun. He previously served in editing and reporting positions at the Chicago Sun-Times, and at Florida newspapers in Sarasota and Clearwater.

Named Editor & Publisher magazine’s Editor of the Year in 2009, Kaiser served as president of the American Society of News Editors in 2009-10.

“It is an honor to join the board of such a distinguished investigative journalism organization,” Kaiser said. “The Wisconsin Center for Investigative Journalism has a vital role at a time when investigative reporting has never been more important to our democracy.”

Kaiser is a member of the board of the American Society of News Editors Foundation, the advisory board of the Center for Journalism Ethics at the University of Wisconsin-Madison, the Journalism Advisory Board of the New England Center for Investigative Reporting, the Colby College (Maine) Elijah Parish Lovejoy Award board and has been a Pulitzer Prize judge three times. He earned his bachelor’s degree at The George Washington University and completed the Northwestern University Kellogg Graduate School of Management Executive Program.

The award-winning Wisconsin Center for Investigative Journalism (WisconsinWatch.org) increases the quality and quantity of investigative reporting in the state, fostering an informed citizenry and strengthening our democracy, while training current and future generations of investigative journalists.

The Center, a 501(c)(3) charitable organization, launched in 2009. It collaborates with, but is independent of, the University of Wisconsin-Madison School of Journalism & Mass Communication, where it is housed; Wisconsin Public Radio; Wisconsin Public Television; and news organizations across the nation.

The Center’s four-member professional staff supervises and trains paid interns who serve as investigative reporters and public engagement and marketing specialists. The Center also trains high school, college and professional journalists. The Center’s stories are distributed free of charge for use by news outlets in Wisconsin and beyond. The Center has produced nearly 300 major reports that have been published, broadcast or cited by more than 500 news outlets. The estimated total audience for its work is 56 million people.