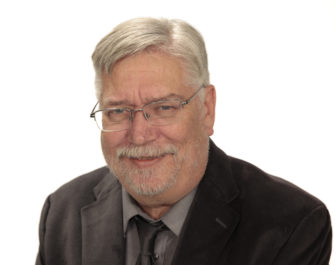 State Attorney General Brad Schimel has been a stand-up guy when it comes to open government issues in Wisconsin since he took over the Department of Justice in 2015.

He created an office of open government, held a summit on government transparency, worked to improve records request response times within his own office, and took forceful issue with some of his fellow Republicans’ attempts to gut the state’s public records law last year. In April, he was given the Political Openness Award by the Wisconsin Freedom of Information Council, which noted “how seriously he takes his statutory role to interpret and enforce the state’s openness laws.”

All of which makes Schimel’s stubbornness on the release of some training videos made for the DOJ in 2009 and 2013, when he was Waukesha County district attorney, all the more puzzling. The case, which has been wending its way through the courts, may appear to be just another political fight because it was the Democratic Party that brought suit. But look deeper and it’s clear that the public has a stake in the case, and that the videos should be released.

The Democratic Party wants the videos released to see if they show Schimel making any questionable comments. Schimel says they don’t, and the circuit judge who reviewed them in 2014 said they didn’t show any misconduct, the Journal Sentinel reported. But nevertheless, the judge and the appellate court have said the videos should be released under the state’s open records law. Arguments were made before the state Supreme Court last month.

Solicitor General Misha Tseytlin told the justices the videos should be withheld to protect law enforcement techniques and prevent victims from being re-traumatized by the release of sensitive information.

DOJ spokesman Johnny Koremenos said in an email that, “while the release of these videos would be more politically convenient for the attorney general and consistent with his track record as a strong proponent of open government, we aren’t going to play politics when the playbook for how to catch a predator is at risk of being released.” He noted that the decision not to release the videos was made by others within the DOJ before Schimel took office.

But former Assistant Attorney General Michael Bauer, the Democrats’ attorney, said criminals could learn more about how investigators do their work by watching television shows about catching bad guys. He also noted that one of the videos discusses a case that is already well-known.

And Christa Westerberg, an attorney and vice president of the Wisconsin Freedom of Information Council, said in an email last week that “Courts have to carefully scrutinize government claims that records can’t be released, given the law’s presumption in favor of disclosure.” Two courts have already found that release of the videos would not reveal sensitive law enforcement techniques and prior court rulings have affirmed the public’s right to know how law enforcement is performing, she said.

I don’t think Schimel is trying to pull a fast one. And I buy the argument that there’s probably nothing incriminating on the videos. What I don’t buy is that citizens have no right to see the videos because of some vague threat that criminals might benefit. Strikes me as very similar to the vague arguments used by federal authorities over the years to shut out the public because of “national security” concerns. The Supreme Court should order the release of the videos.

Your Right to Know is a monthly column distributed by the Wisconsin Freedom of Information Council, a group dedicated to open government. Ernst-Ulrich Franzen is the Journal Sentinel’s associate editorial page editor.