Self-described as an "older millennial," Matthew Braunginn, left, a panelist at the Black and Brown Vote event at the University of Wisconsin-Madison, talks with Mike Martez Johnson of Progressive Dane, a local political party. The two were seen after an Oct. 12, 2016 event at the UW-Madison aimed at turning out millennial voters.

The Effects of Millennials on the Election — WCIJ’s Dee J. Hall on WPR

Millennials get a bad rap. They’re labeled narcissistic, self-absorbed and apathetic. (Just look at their nicknames: the selfie generation, generation me, the unemployables.)

And they’re the least likely generation to turn up at the polls this November.

However, many young Americans do care about politics. They may just show it differently than their parents.

At a recent Black and Brown Vote event at the University of Wisconsin-Madison, many of the attendees were active in student politics and protest movements. L. Malik Anderson, a 21-year-old journalism and communications arts major, helped organize the Oct. 12 panel discussion to encourage people his age to register and vote.

“A lot of (young) people are feeling hopeless, like this election won’t make a difference in their lives,” Anderson said.

Sean Medlin, a 23-year-old recent graduate of UW-Madison who hails from Arizona, said that as an African-American, he is motivated to vote in November — mostly out of fear.

“I think that the presidential race is terrifying,” Medlin said, adding that he believes both major party presidential candidates, Republican Donald Trump and Democrat Hillary Clinton, harbor some measure of racism.

“I feel compromised,” he said. “I don’t want to not vote, and I don’t want Trump to win. So I’m voting for Hillary.” 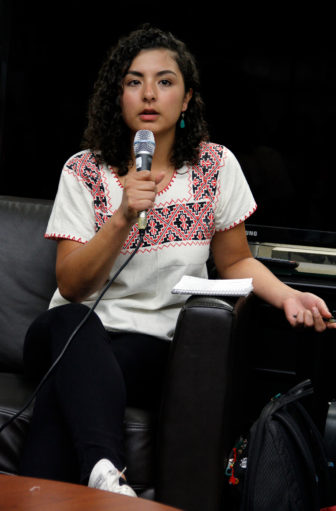 At the Black and Brown Vote event, panelist and University of Wisconsin-Madison student Jessica Franco-Morales, 21, urges other millennials to vote on Nov. 8.

Jessica Franco-Morales, a 21-year-old student activist from Green Bay, expressed a similar sentiment: “I would say people are not enthused about the presidential election — more like agitated and motivated to vote.”

A self-described “older millennial,” panelist Matthew Braunginn, 31, urged the audience to “get over your apathy” and vote in the upcoming election.

“Ya’ll almost got Bernie Sanders — a quasi-socialist, let’s get real about that — nominated,” said Braunginn, a student engagement specialist with the Middleton-Cross Plains School District. “We (millennials) have a lot of power to really push things in a direction. It takes being involved. It takes voting.”

U.S. Census Bureau figures bear that out. As of April, there were an estimated 69.2 million millennials, roughly defined as Americans age 18 to 35, in the U.S. electorate, according to a Pew Research Center study. This group makes up about a third of the voting-age population, matching the baby boomers.

But millennials consistently have the lowest election turnout among all generations. According to the U.S. Census Bureau, only 17.1 percent of 18- to-24-year-olds voted in 2014, compared with 59.4 percent of those 65 and older. 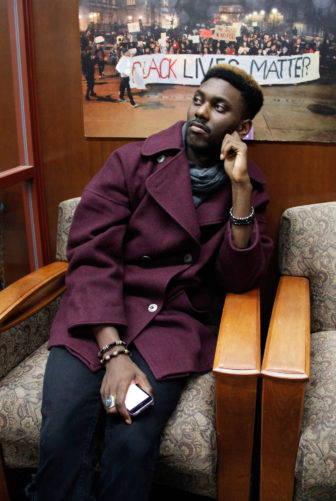 Clayton Causey, 30, of Madison, said he is turned off by the negative tenor of the presidential campaign and is not sure whether he will vote. Causey said people his age appear to be turning away from the two-party system, and he expects some will vote for Johnson or Green Party candidate Jill Stein.

While millennials have the potential to influence upcoming elections — even the fate of political parties — the question is, will they? Here’s what you need to know about millennials and voting.

Millennials are different socially and politically

Millennials are more diverse than any generation before them. According to 2014 census data, 44 percent of them identify as nonwhite.

Elli Denison, director of research for the Center for Generational Kinetics, a Texas-based consulting firm that specializes in generational research, said millennials have grown up with diversity and celebrate it.

Mike Hais, co-author of the book “Millennial Majority: How a New Coalition is Remaking American Politics,” agreed. He said this diversity has led to the generation being more accepting, which affects their political views.

“They tend to be the most socially tolerant generation in America,” Hais said. “Immigration, gay rights and the like, for all these reasons, their attitudes tend to be progressive and tolerant. They really are, in that sense, a very distinctive generation.”

Those distinctions don’t always correlate along party lines, either. According to a 2016 Gallup poll, 44 percent of millennials identify as independents, while 28 percent identify as Democrats and 19 percent Republicans. 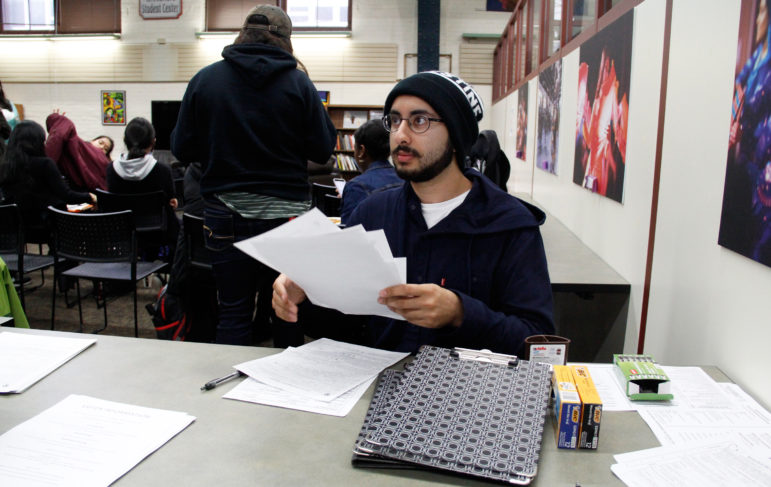 Ali Khan, 19, became more politically active in the past year in response to divisive rhetoric about Muslim Americans. Here he registers students at the Oct. 12, Black and Brown Vote event at the Multicultural Student Center at the University of Wisconsin-Madison.

Hais also called the millennials “the most female-driven generation in American history” thanks to high enrollment numbers for women in college. In 2015, about 11.5 million women were expected to attend colleges and universities, compared with 8.7 million men, according to the National Center for Educational Statistics.

Joan Kuhl, founder of the site WhyMillennialsMatter.com, said the millennial generation is “the most educated generation yet.”

On the personal front, millennials are waiting the longest of any of the grown generations to get married and have their own home. According to a 2016 Pew Research Center study and census data on millennials, 32.1 percent lived with their parents, and 57 percent were married by age 30. In comparison, in 1975, 90 percent of 30-year-olds lived on their own, and 89 percent had married.

They vote less often than other generations

Why do so few millennials vote? Some experts on the generation said one of the most prevalent reasons is that millennials tend to move around — a lot.

At some point in their lives, 51 percent of millennials moved for employment, 46 percent moved for or to find a romantic partner, and 44 percent had moved for family, according to a study of 1,000 people between the ages of 18 and 35 from the moving company Mayflower. 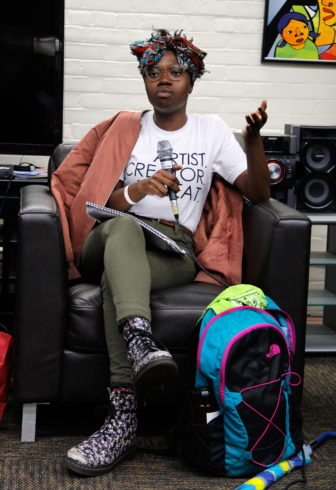 Mariam Coker, vice chairwoman of the Associated Students of Madison, tells students to make their voices heard on Nov. 8. "Our power is together, our power is in organizing," she said.

This constant moving around often means re-registering to vote or requesting absentee ballots. However, the 50 states and thousands of counties have different rules, which can lead to confusion.

Some states also passed legislation that seems to target millennials, said Russell Dalton, a political science professor at University of California-Irvine, and author of the book “The Good Citizen: How a Younger Generation is Reshaping American Politics.” This includes forcing people to register in person the first time, shortening registration windows, refusing to accept student ID cards or rejecting certain documents as proof of residency.

“There is a whole set of institutional reforms that if politicians wanted to get young people to vote, they could,” Dalton said. “But politicians are happy with the status quo.”

However, even when states and jurisdictions do make it easy to register and vote, it doesn’t necessarily mean millennials will make it to the polls. Millennials often describe themselves as disillusioned and distrustful of the political system.

According to a 2016 poll by the Harvard University Institute of Politics, 47 percent of millennials feel that America is heading on the wrong track, and 48 percent agree that “politics today are no longer able to meet the challenges our country is facing.”

Millennials also lack faith in the traditional two-party system, which is why so many are independent.

Political strategist Luke Macias, CEO of Macias Strategies LLC, said millennials just aren’t as connected to local governments as older generations, so they don’t see the value in voting. But, said Macias, “Baby boomers were apathetic at 18 too,” and he predicted their involvement will grow as they age.

They care about a wide range of issues

Because millennials tend to distrust politicians, they often pay more attention and spend their time on issues rather than parties. Maurice Forbes, the youth vote director for NextGen Climate in Nevada, said he sees this trend with college students.

“I hear a lot from theses campuses across Nevada that ‘I care about these specific issues that are going to be affecting me and less so about a particular candidate that is expressing their views on that,’ ” Forbes said.

But it’s not just two or three main issues that stand out to millennials. They feel passionate about a wide range of issues.

Millennials are photographed with hand-drawn signs illustrating their most important issues at The People's Summit in Chicago in June 2016.

Millennials don’t necessarily consume news and information the same way previous generations did — from the nightly broadcast news or the daily newspaper. But that doesn’t mean millennials don’t care about the world, according to a study by the Media Insight Project.

In fact, the study suggested that millennials’ access to technology and social-media platforms has actually widened their awareness of issues.

Nevertheless, recent national polls have indicated millennials often care most about the same issues other generations do: No. 1 being the economy, including jobs, minimum wage and paid leave, according to a USA Today/Rock the Vote poll.

Money issues also play a big role in their lives, and college affordability and student debt was the second most popular answer. Other top issues included foreign policy and terrorism, health care, guns and climate change, according to the poll.

They can change American politics

Historically, millennials have not shown up to vote. But that does not mean the generation hasn’t influenced political institutions. 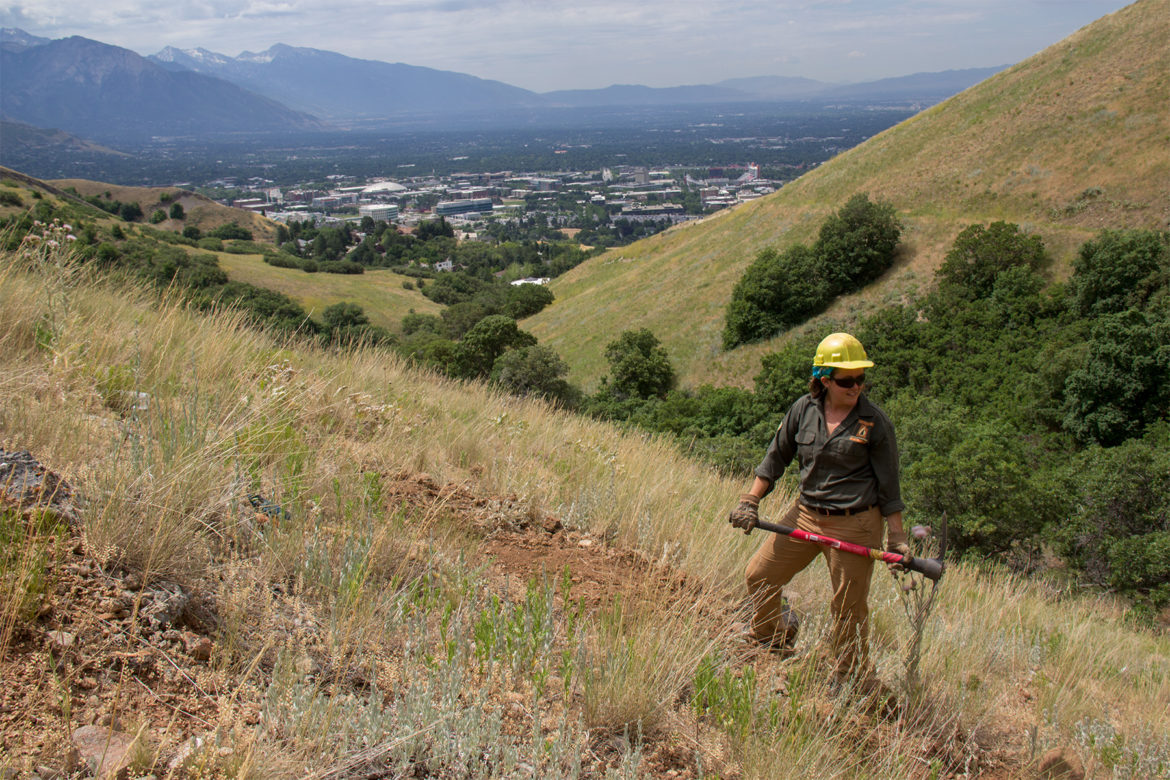 Danielle Nives, 21, helps maintain Utah's Bonneville Shoreline Trail as part of the Utah Conservation Corps, an AmeriCorps conservation group. Nives belong to a voting group that comprises one-third of the U.S. voting population but does not vote in proportion.

Salt Lake City is home to the second-highest percentage of 25- to 34-year-olds in the country among major cities — second only to Austin, Texas. And the city’s politics reflect its young population.

The city has long been a left-leaning island in the middle of historically conservative Utah, but the city’s politics are becoming even more progressive — and election data show the liberalism is slowly spreading to nearby counties.

Experts said these changes would not have happened without millennials. 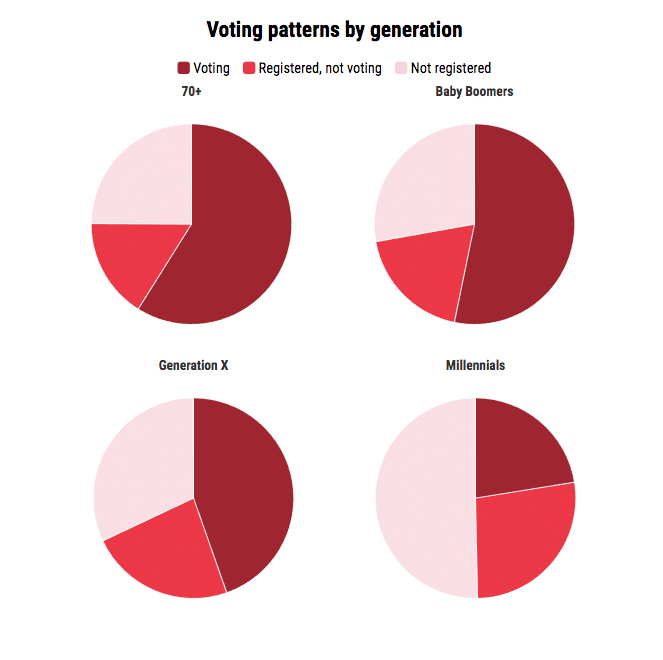 “The place has just become increasingly more progressive, as people from outside of Utah move to Utah,” said Pamela Perlich, the director of demographic research at the University of Utah’s Kem C. Gardner Policy Institute.

Millennials define citizenship not as voting, “but being concerned about other people,” Dalton said. And they often show that concern by volunteering.

“Millennials are probably the most involved generation in history in causes and nonprofit endeavors and community involvement,” Hais said.

He predicted that when millennials begin to take office, the hyper-partisan nature of politics will shift to something more compromise driven.

“What we see now is terrible gridlock because of that baby boomer division,” Hais said. “They can’t see eye to eye, but millennials will be different. Millennial Democrats and millennial Republicans are closer together.”

Sean Holstege of News21 and Dee J. Hall and Alexandra Arriaga of the Wisconsin Center for Investigative Journalism contributed to this report. This report is part of a project on voting rights in America produced by the Carnegie-Knight News21 program. The Wisconsin Center for Investigative Journalism distributed this report. For more from this collaborative series, visit our series page.