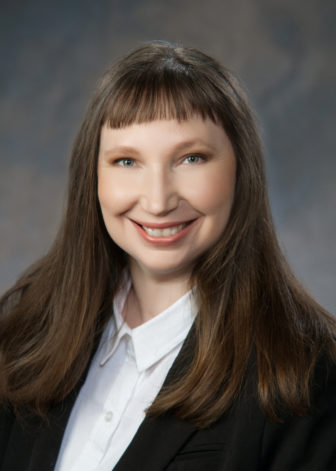 Over the July 4 weekend in 2015, members of the state Legislature sparked a public uproar by proposing last-minute changes to the state budget bill that would have created a “deliberative process” exception to Wisconsin’s long-cherished public records law. Government transparency advocates condemned the move, and the changes were hastily rescinded.

But the effort to shield records that are produced while crafting law and policy did not end there. The administration of Gov. Scott Walker continued to assert its ability to withhold these records under existing law.

In May 2015, the Center for Media and Democracy sued Walker for refusing a request for documents relating to prior failed legislation that sought to rewrite the University of Wisconsin’s mission statement, known as “the Wisconsin Idea.” Walker’s attorneys cited “deliberative process” and other reasons for denying access.

Shortly afterward, Madison attorney Katy Lounsbury filed suit along with her husband, Madison journalist Jud Lounsbury, and The Progressive magazine in response to a similar denial. The two cases were consolidated; I represented the Lounsburys in their action.

This May, Dane County Judge Amy Smith issued a decision rejecting the deliberative process defense as inconsistent with Wisconsin law. Friends of open government celebrated the ruling, which the state did not appeal, as a deterrent to other public officials who might try to claim that this loophole exists. But there still could be efforts to assert this privilege in the courts or through legislation.

The phrase “deliberate process” borrows from the terminology employed by federal courts when applying the federal Freedom of Information Act, the U.S. government’s public records legislation. Congress incorporated the “deliberative process” privilege in FOIA through what is known as Exemption 5 to that law.

Exemption 5 allows the federal officials to withhold certain “interagency” or “intra-agency” memoranda from the reach of FOIA requests. Courts have interpreted the exemption as permitting federal officials to deny public access to agency employees’ file memos, letters from employees of one agency to those of another, and consultants’ reports prepared for an agency.

These sorts of records are all routinely available under Wisconsin’s public records law.

While the federal approach relies on a purported need for agencies to operate in secrecy in order to produce the best final work product, Wisconsin’s approach embodies an opposite philosophy — that outside scrutiny improves the process. As Judge Smith noted in her ruling, the effort to assert a deliberative process privilege “flies in the face of long-held policies underlying Wisconsin’s open records law.”

Regardless of whether the next attempt to introduce it comes by judicial or legislative cover, a deliberative process privilege would allow agencies and state officials to keep us in the dark regarding the identities and motivations of those who draft the rules. From the thunder of the initial rally against deliberative process in July 2015 to the comparatively subdued but welcome reception for Judge Smith’s decision, that is the takeaway that we cannot forget.

Your Right to Know is a monthly column distributed by the Wisconsin Freedom of Information Council (www.wisfoic.org), a group dedicated to open government. April Barker is the Council's co-vice president and an attorney with Schott, Bublitz & Engel of Brookfield.