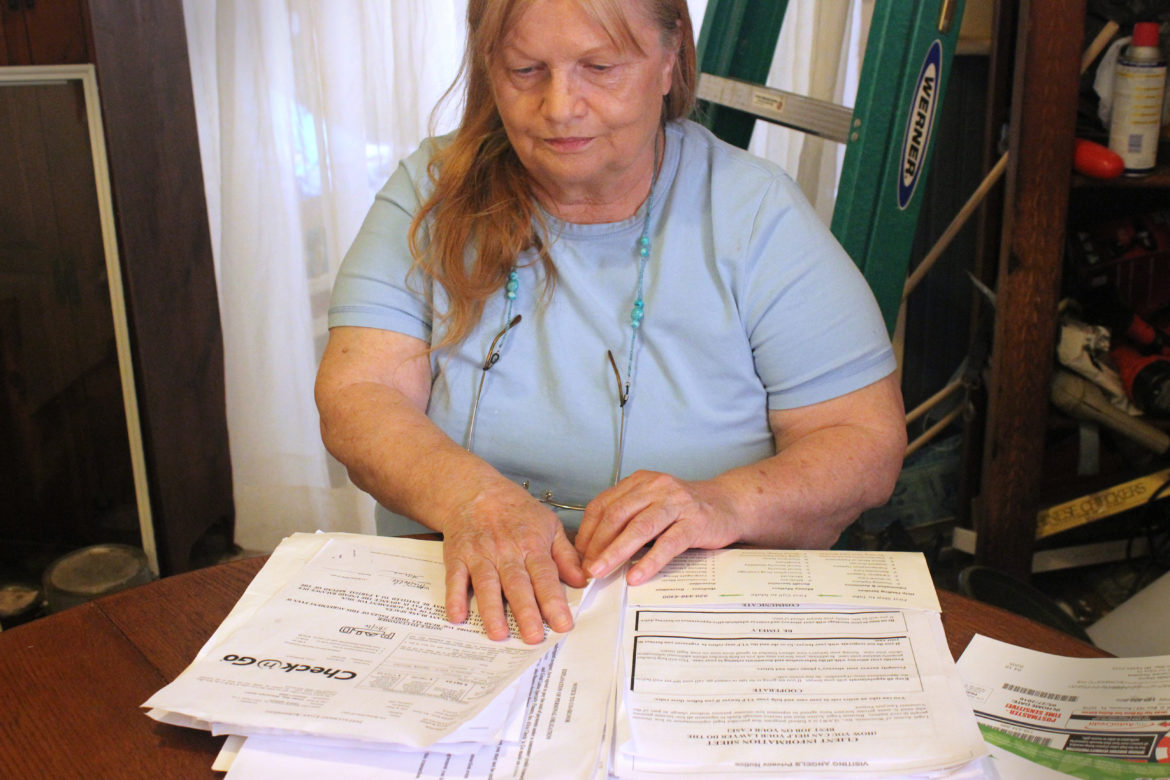 Michelle Warne, 73, examines documents from the Check ‘n Go store in Green Bay where she borrowed money in 2014 to buy food. "I had no food in the house at all," she said. "I just couldn't take any more."

In 2014, hunger drove Michelle Warne of Green Bay to take out a loan from a local Check ‘n Go. “I had no food in the house at all,” she said. “I just couldn’t take any more.”

Over the next two years, the retiree paid off that loan. But she took out a second loan, which she has not paid off completely. That led to more borrowing earlier this year — $401 — plus $338 to pay off the outstanding balance. According to her truth-in-lending statement, paying off this $740 will cost Warne $983 in interest and fees over 18 months.

Warne’s annual interest rate on her so-called installment loan was 143 percent. That is a relatively low rate compared to payday loans, or small amounts of money borrowed at high interest rates for 90 days or less.

In 2015, the average annual interest rate on payday loans in Wisconsin was nearly four times as high: 565 percent, according the state Department of Financial Institutions. A consumer borrowing $400 at that rate would pay $556 in interest alone over about three months. There could also be additional fees.

Wisconsin is one of just eight states that has no cap on annual interest for payday loans; the others are Nevada, Utah, Delaware, Ohio, Idaho, South Dakota and Texas. Payday loan reforms proposed last week by the federal Consumer Financial Protection Bureau would not affect maximum interest rates, which can be set by states but not the CFPB, the federal agency that focuses on ensuring fairness in borrowing for consumers.

“We need better laws,” said Warne, 73. “Because when they have something like this, they will take advantage of anybody who is poor.” 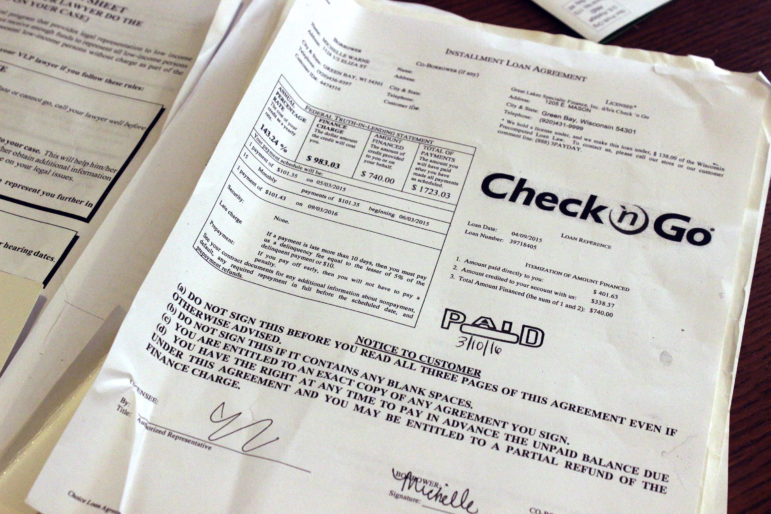 The truth-in-lending box on Michelle Warne’s loan explains how much she owes. With principal, interest and fees, the $740 loan will cost her $1,723. “I wish I would have read the fine print,” she said.

Warne never applied for a standard personal loan, even though some banks and credit unions offer them at a fraction of the interest rate she paid. She was positive a bank would not lend to her, she said, because her only income is her Social Security retirement.

“They wouldn’t give me a loan,” Warne said. “Nobody would.” 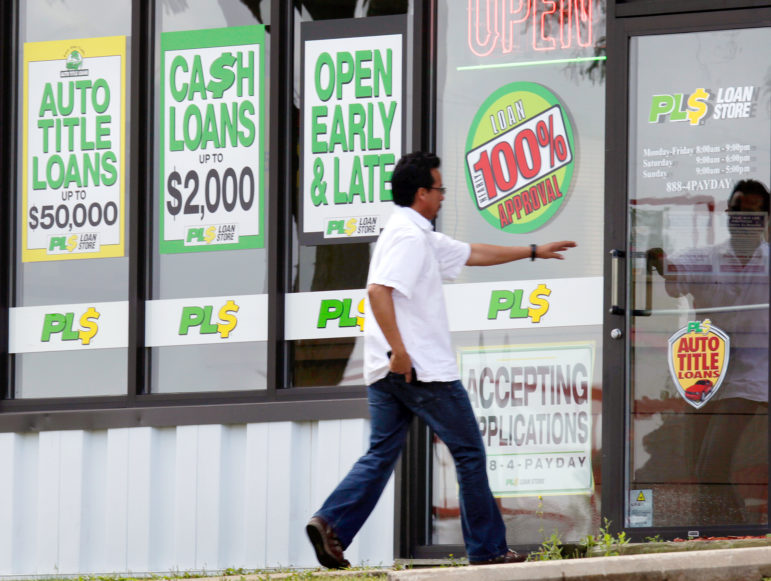 A customer enters the PL$ Payday Loan Store on Red Arrow Trail in Madison. In 2015, the average annual interest rate on payday loans in Wisconsin was 565 percent.

But numbers after 2011 likely understate the volume of short-term, high-interest borrowing. That is because of a change in the state payday lending law that means fewer such loans are being reported to the state, former DFI Secretary Peter Bildsten said.

In 2011, Republican state legislators and Gov. Scott Walker changed the definition of payday loan to include only those made for 90 days or less. High-interest loans for 91 days or more — often called installment loans — are not subject to state payday loan laws.

Because of that loophole, Bildsten said, “The data that we have to gather at DFI and then report on an annual basis to the Legislature is almost inconsequential.” 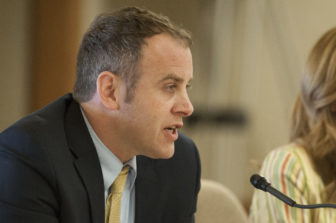 Hintz, a member of the Assembly’s Finance Committee, said it is likely many borrowers are actually taking out installment loans that are not reported to the state. Payday lenders can offer both short-term payday loans and longer-term borrowing that also may carry high interest and fees.

“If you go to a payday loan store, there’s a sign in the window that says ‘payday loan,’ ” Hintz said. “But the reality is, if you need more than $200 or $250, they’re going to steer you to what really is an installment loan.”

There are probably “thousands” of high-interest installment loans that are being issued but not reported, said Stacia Conneely, a consumer lawyer with Legal Action of Wisconsin, which provides free legal services to low-income individuals. The lack of reporting, she said, creates a problem for policymakers. 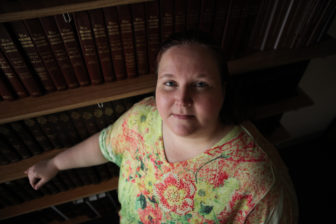 Legal Action of Wisconsin consumer lawyer Stacia Conneely believes there could be “thousands” of unreported short-term, high-interest loans each year because of a change in the definition of such loans passed in 2011. This, she said, creates a problem for policymakers. “It's hard for legislators to know what's happening so that they can understand what's happening to their constituents,” she said.

DFI spokesman George Althoff confirmed that some loans are not reported under payday loan statutes.

Between July 2011 and December 2015, DFI received 308 complaints about payday lenders. The department responded with 20 enforcement actions.

Althoff said while “DFI makes every effort to determine if a violation of the payday lending law has occurred,” some of the complaints were about activities or companies not regulated under that law, including loans for 91 days or more.

In many cases, Althoff said, DFI worked with lenders to resolve the problem short of enforcement. One of them was a complaint from an unnamed consumer who had eight outstanding loans.

“I’ve been struggling to pay off payday loans and it’s a cycle I can’t break,” the complainant said.

DFI found that the lender was unlicensed, and the department asked the company to stop lending and refund all of the money the complainant had paid.

On June 2, the federal CFPB, a regulatory agency created by the Dodd-Frank Act of 2010, proposed rules that would seek to end payday loan “debt traps.” One of the goals of Dodd-Frank is to protect Americans from “unfair, abusive financial practices.”

The new rules would require certain lenders to verify borrowers’ ability to pay their loans back. Net income, debt obligations and living expenses would have to be considered before lenders could make a payday loan.

But under the law, the CFPB cannot cap interest on payday loans. So unless state-level regulations change, Wisconsin consumers will likely continue to face astronomically high interest rates. 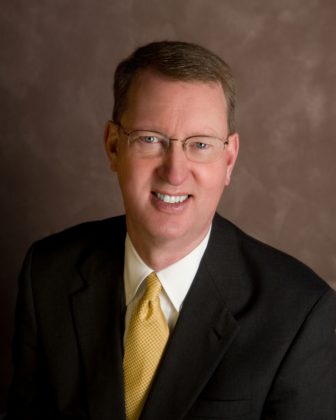 The annual report presented to the Wisconsin Legislature probably understates the number of high-interest, short-term loans being made, according to former state Department of Financial Institutions Secretary Peter Bildsten. “The data that we have to gather at DFI and then report on an annual basis to the Legislature is almost inconsequential,” he said.

According to a 2012 study by the Pew Charitable Trusts, “How much borrowers spend on loans depends heavily on the fees permitted by their state.” Consumers in Wisconsin and other states with no rate caps pay the highest prices in the country for payday loans, according to Pew, a nonprofit dedicated to using knowledge to solve “today’s most challenging problems.”

Bildsten said a “hodgepodge” of state laws governs such lending. According to Pew, some states have no payday lending and some have strict interest rate caps. But, said Bildsten, “Wisconsin is about the most open state in the country.”

Some in the industry, however, believe the proposed rules could do more harm than good. Darrin Andersen, chief operating officer of QC Holdings Inc., which operates seven Quik Cash payday loan stores across Wisconsin and many others nationwide, said further regulation of licensed payday lenders will encourage borrowers to seek loans from illegal sources.

“With the absence of highly regulated, licensed lenders in the marketplace, the CFPB proposed rules would push consumers to unlicensed illegal lenders,” he said.

The proposed rules also have been criticized for possibly driving consumers to longer-term installment loans, where interest could pile up even more.

Nick Bourke, director of the small-dollar loans project at the Pew Charitable Trusts, wrote that the proposal could accelerate “the general shift toward installment loans that consumers pay off over a period of months instead of weeks.” 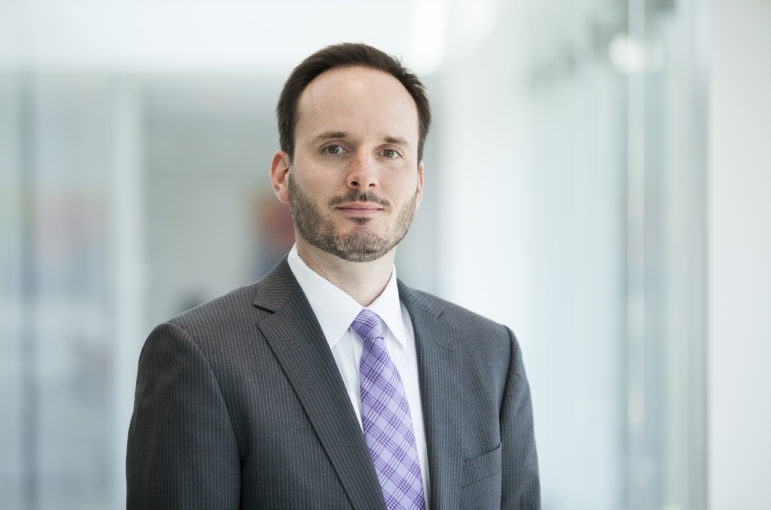 Nick Bourke, director of the small-dollar loans project at the Pew Charitable Trusts, wrote that the Consumer Financial Protection Bureau’s proposed rules on payday lending could shift consumers toward longer-term loans in which high interest could build up even more.

“In this sense the payday lenders are correct — they are filling a need. They are giving credit,” said Barbara Sella, associate director of the Wisconsin Catholic Conference, which weighs in on public policy issues of interest to the Church.

But, Sella said, alternative credit solutions from nonprofits or credit unions would be better than payday loans, she said. 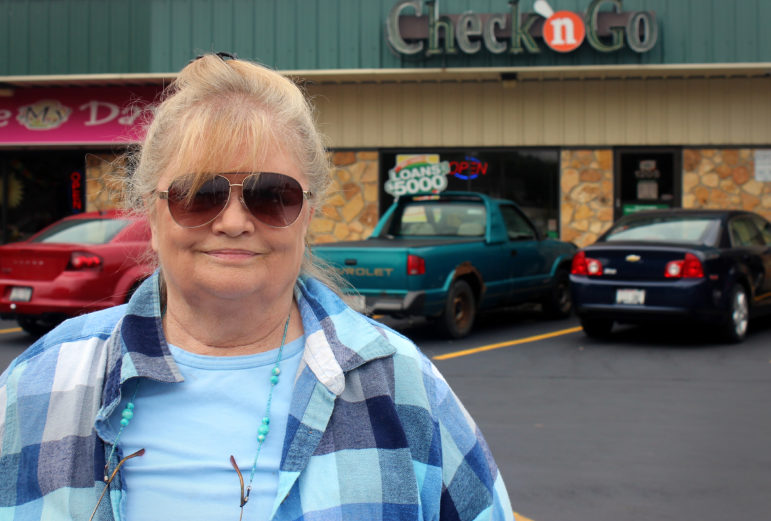 The Check ‘n Go store where Michelle Warne took out loans is about three blocks from her house in Green Bay. According to the Wisconsin Department of Financial Institutions, there were 93,740 payday loans made in 2015 — a sharp drop from previous years. State lawmakers changed the definition of payday loans in 2011.

“I think that we could come up with organizations that are not making money off of this and are taking in any profit and reinvesting it to help more people,” Sella said.

For now, Warne said she has no way to pay off her loan. She has made one payment of $101, but has no plans to pay any more on her debt, which with principal, interest and fees will cost her $1,723.

Warne’s only income is a monthly $763 Social Security check.

Warne said she would “never” borrow from a payday lender again, adding, “I wish I would have read the fine print.”

Bridgit Bowden is the special projects reporter at Wisconsin Public Radio. Previously, she was the Mike Simonson Memorial Investigative Reporting Fellow at WisconsinWatch.