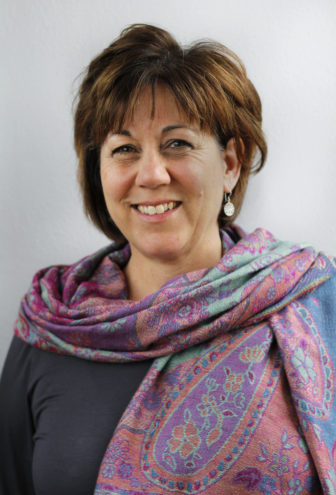 Mary Matthias, the top attorney in the nonpartisan agency that provides legal and policy advice to the Wisconsin Legislature, this week retired from nearly three decades of state service and became a reporter for the Wisconsin Center for Investigative Journalism.

A native of Sheboygan, Matthias joined the Wisconsin Legislative Council in 1988 and progressed from Staff Attorney to Senior Staff Attorney and Principal Attorney.

The Legislative Council provides legal services and policy development and analysis to the committees and individual members of the Wisconsin Legislature.

In her role as an investigative reporter at the nonpartisan and nonprofit Center, Matthias will serve as a volunteer, digging into stories alone and in collaboration with the Center’s professional journalists and paid student interns as well as news organizations that work with the Center.

“Mary is one of the most knowledgeable and respected experts at the Capitol,” said Andy Hall, co-founder and executive director of the Center.

“Her persistent pursuit of the truth will serve the best interests of the public and our democracy. We’re honored to have her aboard.”

As an attorney at the Legislative Council, Matthias served as counsel to numerous standing committees of the Legislature, focusing primarily on higher education, health, mental health, housing, and economic development.

She collaborated with the UW School of Medicine and Public Health’s Population Health Institute and the La Follette School of Public Affairs as a partner in the Evidence-Based Health Policy Project.

The Center is increasing the quality and quantity of investigative reporting in Wisconsin, while training current and future generations of investigative journalists. Its work fosters an informed citizenry and strengthens democracy.

The Center is guided by its values: Protect the vulnerable. Expose wrongdoing. Seek solutions. It focuses on government integrity and quality of life issues such as education, the environment, the economy, health and the justice system.

Since publication of its first story in July 2009, the Center has produced more than 250 major news reports that have been cited, published or broadcast by more than 350 newspapers, radio and TV stations and news websites in Wisconsin and nationwide. The estimated audience of the Center’s reports exceeds 53 million people.

The Center has received 40 Milwaukee Press Club Awards and three finalist citations in the Investigative Reporters and Editors Awards student category. This year, the Center received the State Bar of Wisconsin’s highest journalistic award for its coverage of Wisconsin’s efforts to reduce the use of solitary confinement.

Housed in the UW-Madison School of Journalism and Mass Communication, the Center has a staff of four full-time professional journalists, three to four paid student interns who work as investigative reporters and public engagement and marketing assistants, part-time staff members and skilled volunteers who assist in journalistic and financial operations.