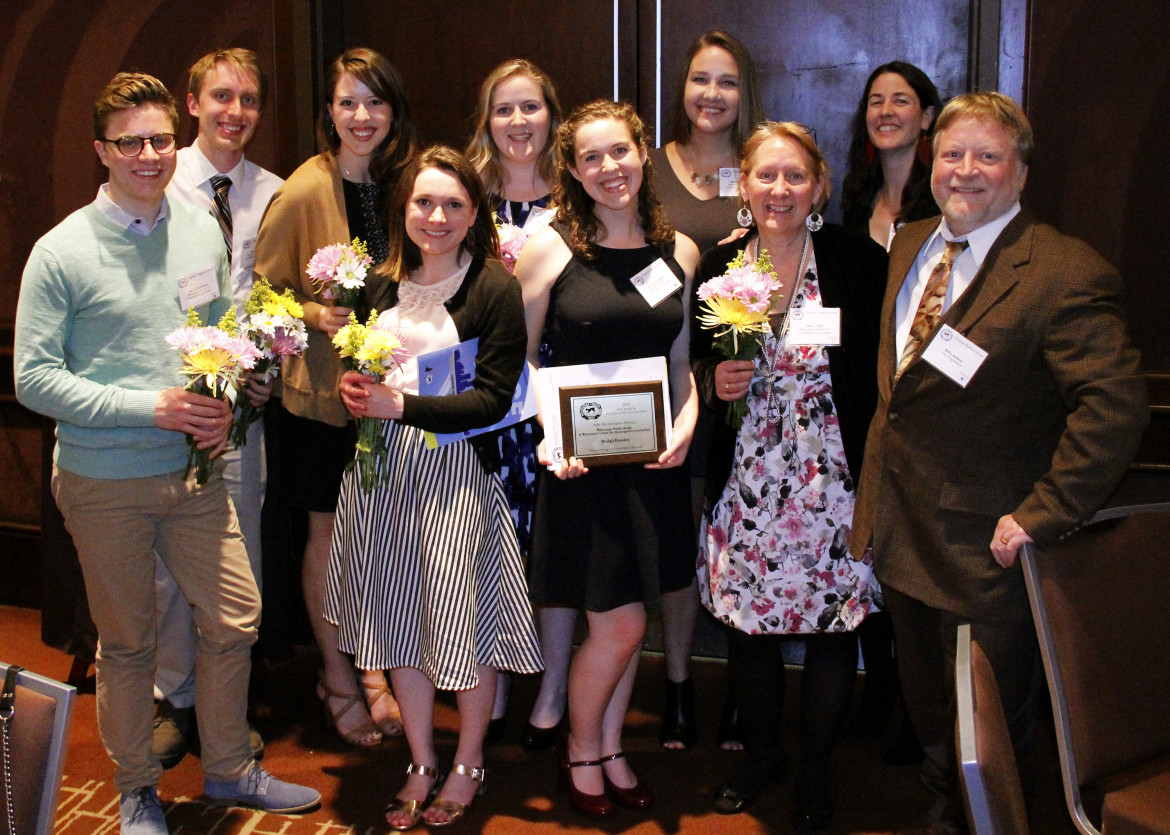 The Wisconsin Center for Investigative Journalism was named in eight awards in the Milwaukee Press Club’s annual celebration Friday.

The Center was honored with six gold awards and two bronze in the Club’s annual Awards for Excellence in Wisconsin Journalism contest, the state’s premiere all-media journalism competition. The Center has won 40 awards from the Milwaukee Press Club since 2011. 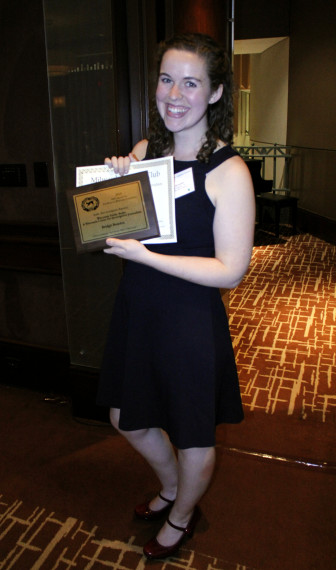 WPR’s Bridgit Bowden, who is embedded in the WCIJ newsroom, won a gold award for her investigative audio story “Nitrates Polluting 1 in 5 Private Wells in Wisconsin.”

Bridgit Bowden, Wisconsin Public Radio’s Mike Simonson Memorial Investigative Reporting fellow, who is embedded in the Center’s newsroom during her one-year fellowship, was among the gold award winners for a report she produced on nitrate pollution of drinking water in cooperation with the Center.

Andy Hall, the Center’s executive director, noted that two of the awards recognized the ongoing Failure at the Faucet series, which has exposed problems with the quality of Wisconsin’s drinking water. The project includes collaboration by WPR, Wisconsin Public Television, the Center’s entire staff and crew of interns, as well as the reporting, data analysis, map-making and innovative multimedia features produced by students.

“Thanks to this remarkable teamwork, Wisconsin residents now have a much clearer understanding of contamination of their drinking water,” Hall said. “We hope this investigation helps residents learn not only about problems, but also potential solutions.”

The other award-winning work focused on critical issues such as the changing use of solitary confinement in prisons, the causes behind gun violence, the struggles of Gov. Scott Walker’s job-creation agency and the impacts of frac sand mining on the environment, economy and communities.

“These stories, and their statewide impact, truly represent the Wisconsin Idea in action,” said Hall, referring to the century-old principle that education should influence people’s lives beyond the boundaries of the classroom, to the borders of the state and beyond. 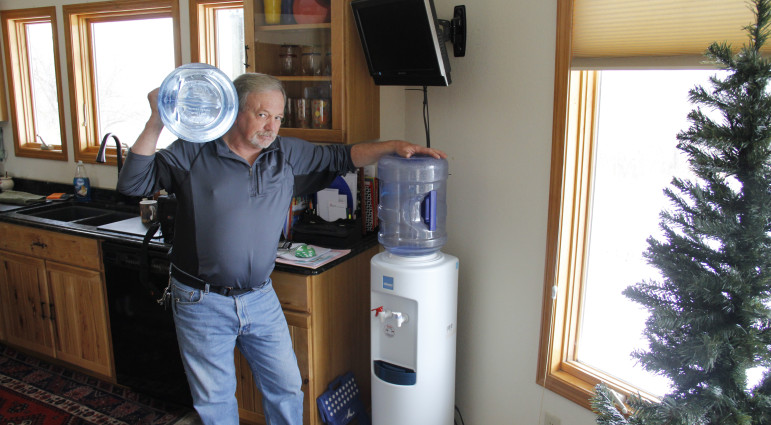 Frank Michna stands with the water bottles he buys to replace his tainted well water in Caledonia. WCIJ's series "Failure at the Faucet" won a gold award for "Best Investigative Story or Series."

Failure at the Faucet: Wisconsin’s drinking water in peril

WCIJ won "Best Use of Multimedia" for its coverage of Wisconsin's frac sand rush. Center reporters Kate Golden and Taylor Chase and artist Jacob Berchem used animation to help tell the story in a creative way.

Best Use of Multimedia (Online)

Precious Lives: Kids, guns and how we can stop the violence 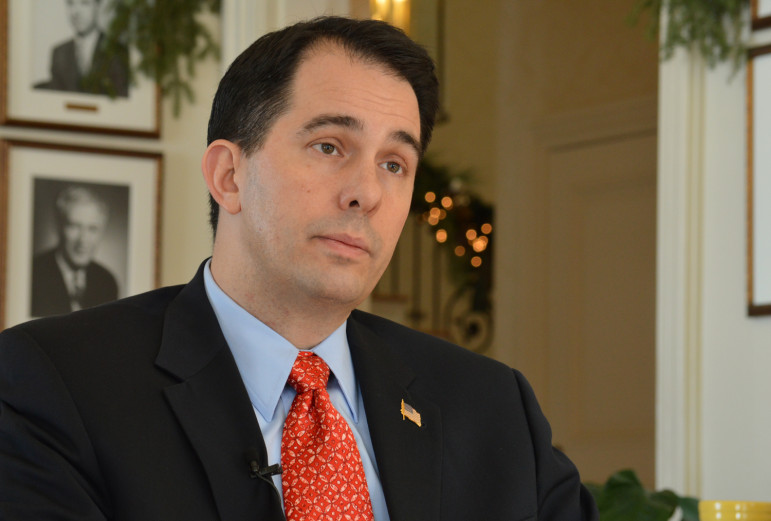 Gov. Scott Walker vows changes to open records rewrite but is mum on his role

Peeking Behind the Bars: Solitary confinement in Wisconsin