Wisconsin Center for Investigative Journalism among supporters of eight-city tour 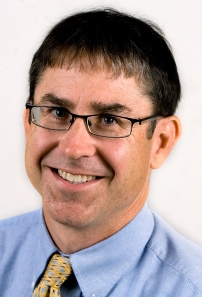 Among the many remarkable things about the defeat of the proposed overhaul of the Wisconsin Public Records Law over the July 4 weekend last summer was the way the media, open government groups, advocacy organizations on the left and right, and the public coalesced to point out how ill-conceived the idea was.

The reaction to this sneak attack on open government was immediate, overwhelming and decisive. No other issue in state government in recent years has generated such a uniform—and effective—response. Gov. Scott Walker and the legislature leaders backed down within 48 hours.

Lawmakers seemed chastened, but advocates of open government must remain vigilant. In fact, the efforts to restrict the public’s access to information have not stopped.

It’s not a stretch to suggest that open government in Wisconsin is threatened; some might say it’s under attack. That’s because the attempt to gut the records law is just one of several examples from the past year suggesting lawmakers’ disregard for the public’s right to know.

In response, the Wisconsin Freedom of Information Council and the Madison chapter of the Society of Professional Journalists are joining with open government advocates from both sides of the political aisle and media groups to bring what we’re calling the Open Government Traveling Show to communities across the state.

For three days in mid-March, during the nationwide celebration of open government known as Sunshine Week, we’ll be offering a 90-minute tutorial and presentation on the state’s open records law in eight Wisconsin cities. The goal is to help Wisconsin residents understand how the law can be used and why it is important.

In addition to WFOIC, SPJ-Madison and lawyer April Barker of Schott, Bublitz and Engel S.C., the conservative groups the MacIver Institute for Public Policy, the Wisconsin Institute for Law and Liberty and the liberal groups the Wisconsin Democracy Campaign and the Center for Media and Democracy will take part in the Open Government Traveling Show. Despite their differences on many policy issues, these groups agree on the importance of open government.

And in fact, representatives of the MacIver Institute and WILL, along with Republican Attorney General Brad Schimel, were among the most influential voices last year opposing the records changes at the Capitol.

Also supporting the Traveling Show is the Wisconsin Center for Investigative Journalism.

Wisconsin’s open records law is a vital component of our representative democracy. It should be strengthened, not weakened. And we must fight to protect it.

Your Right to Know is a monthly column distributed by the Wisconsin Freedom of Information Council (www.wisfoic.org), a nonprofit group dedicated to open government. Council member Mark Pitsch is an assistant city editor at the Wisconsin State Journal and president of the Madison chapter of the Society of Professional Journalists.