The Wisconsin Center for Investigative Journalism’s Failure at the Faucet series, which has exposed problems with the quality of Wisconsin’s drinking water, was among eight Center award recipients announced Friday by the Milwaukee Press Club.

The Center now has won a total of 40 awards since 2011 in the Press Club’s annual Awards for Excellence in Wisconsin Journalism contest, the state’s premiere all-media journalism competition. 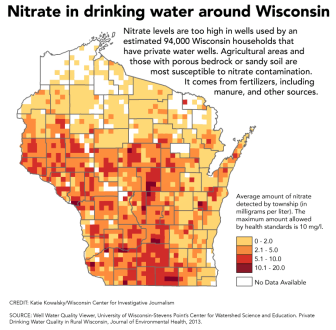 The Center's Failure at the Faucet series, which addresses state water quality and supply issues, including nitrate contamination, won an award for Best Investigative Story or Series from the Milwaukee Press Club.

University of Wisconsin-Madison School of Journalism and Mass Communication students, working as paid Center interns or in classroom collaborations with the Center’s staff, played critical roles in many of the award-winning projects. Failure at the Faucet was reported by UW-Madison students and Center staff.

“As a result of these efforts, including collaboration with Wisconsin Public Radio through an investigative reporting fellowship, Wisconsin residents are provided with information on critical issues such as drinking water quality, the changing use of solitary confinement in prisons, the reasons behind gun violence, the struggles of Gov. Scott Walker’s job-creation agency and the impacts of frac sand mining on the environment, economy and communities.” 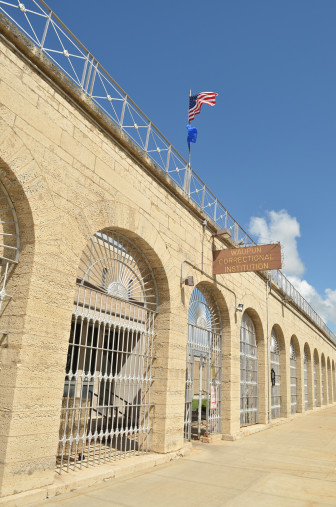 The Center's coverage of the changing use of solitary confinement in Wisconsin prisons, including Waupun Correctional Institution, has received an award from the Milwaukee Press Club.

The announcement of whether each award is gold, silver or bronze will come at the awards dinner on May 13.

This gif was one of twelve included in the Center's animated guide to Wisconsin's frac sand industry. The Center's frac sand coverage received an award from the Milwaukee Press Club for Best Use of Multimedia (Online).