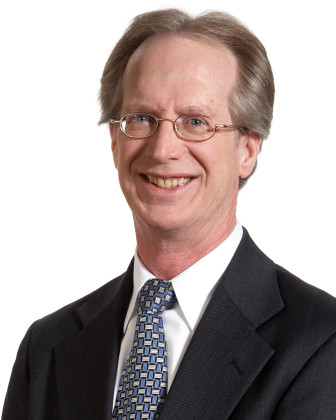 Attorney Robert J. Dreps, a champion of open government who has represented news organizations in groundbreaking cases for three decades, has been named the 2016 recipient of the Distinguished Wisconsin Watchdog Award.

Dreps, who last month was inducted into the Wisconsin Newspaper Hall of Fame, is retiring from full-time practice at the Madison office of Godfrey & Kahn.

The award is a highlight of the sixth annual Wisconsin Watchdog Awards reception and dinner, presented jointly by the Wisconsin Center for Investigative Journalism, the Wisconsin Freedom of Information Council and the Madison Pro Chapter of the Society of Professional Journalists.

The public is invited to the April 20 event, a celebration of open government and investigative journalism. Proceeds support the nonprofit and nonpartisan Wisconsin Center for Investigative Journalism, the participation of young journalists in the event and a special investigative reporting workshop.

Ticket price: $55. Proceeds benefit the Wisconsin Center for Investigative Journalism, participation of young journalists in the event and a special investigative reporting workshop.

“Thanks to Bob Dreps, the actions of government have been opened to scrutiny, and public officials have been held accountable,” said Andy Hall, executive director of the investigative center. “He is a hero to those who treasure our democracy.”

The event begins with a reception at 5 p.m. April 20, followed by dinner at 6 at The Madison Club, 5 E. Wilson St. Tickets cost $55 and are available at: http://2016watchdog.eventbrite.com/

Dreps graduated first in his class in 1984 from the University of Wisconsin Law School. He served as a clerk to Judge John W. Reynolds, then chief U.S. District Court judge for the Eastern District of Wisconsin. As a private attorney, Dreps represented the Wisconsin Newspaper Association, the Wisconsin Broadcasters Association, the Freedom of Information Council and dozens of newspapers and other news media organizations in state and federal cases.

In nominating Dreps for the award, Godfrey & Kahn colleagues Brady Williamson and James Friedman predicted that the impact of Dreps’ work for the news media in groundbreaking public records, open meetings and other govemment access cases will be felt for decades.

Beth Bennett, executive director of the Wisconsin Newspaper Association, nominated Dreps on behalf of Wisconsin’s 221 daily and weekly newspapers. She commended him for being “the voice of clarity and reassurance” at the end of the WNA’s Legal Hotline for more than three decades while also assisting with a wide range of government openness issues in courts and the Legislature.

“Bob has made a career out of being a watchdog and helping others become watchdogs themselves,” Bennett wrote.

“His aggressive defense of journalism’s role in democracy has made him an unsurpassed role model for young reporters and an unparalleled advocate for Wisconsin’s community newspapers and their mission of publishing the truth and holding public officials and record custodians accountable.”

The Wisconsin Newspaper Association is the lead sponsor of the Wisconsin Watchdog Awards. The MacIver Institute for Public Policy and Schott Bublitz & Engel law firm are supporting sponsors. Event sponsors include the Wisconsin Broadcasters Association, USA TODAY NETWORK-Wisconsin, The Cap Times, Wisconsin State Journal and WORT 89.9 FM. Bender Westerberg LLC is a friend sponsor, with additional support from Simpson Street Free Press. Additional sponsors are welcomed. Information about becoming a sponsor is available from Andy Hall at ahall@wisconsinwatch.org and at https://partners.wisconsinwatch.org/about/donations/watchdog-sponsorship/

The event also will honor winners of the Freedom of Information Council’s annual Openness Awards, or Opees, for their work promoting open government.

Winners of those awards include:

Citizen Openness Award (“Copee”): McFarland resident Sheila Plotkin for a public records project examining the widespread public opposition to dismantling of the Government Accountability Board, results of which were postedonline at we-the-irrelevant.org ;

Open Records Scoop of the Year (“Scoopee”): Greg Neumann of WKOW-TV in Madison for exposing how the administration of Gov. Scott Walker and others used personal email accounts to conduct official business contrary to public assurances;

Whistleblower of the Year (“Whoopee”): Molly Regan, who quit her state job and helped bring public attention to questionable practices at the Wisconsin Economic Development Corp,. spurring new safeguards on how agency dollars are spent.

In addition, the council bestowed the No Friend of Openness (“Nopee”) on Assembly Speaker Robin Vos for his role in trying to largely exempt the Legislature from the public records law, with assistance from Walker’s office and all 12 Republicans on the Joint Finance Committee who voted for the measure over the strenuous objections  of committee Democrats, public records advocates from many ideological backgrounds and the public. Vos was the main architect of the misguided effort. “He was the worst of the worst in an abnormally bad year,” the council concluded.