The Wisconsin Center for Investigative Journalism on Thursday received the State Bar of Wisconsin’s highest journalistic award for its coverage of Wisconsin’s efforts to reduce the use of solitary confinement.

“Journalists play a crucial role in helping the public understand the justice system and appreciate our system of law,” said attorney Megan McDermott, co-chair of the State Bar’s Media Law Subcommittee. “Winners of the Gavel Award have exemplified excellence in reporting, by going beyond the headlines to thoroughly explain tough subjects to their readers in an accurate and compelling manner.”

The Center’s award-winning coverage was part of its “Cruel and Unusual?” series, which exposed allegations of physical and psychological abuse at Waupun Correctional Institution’s solitary confinement unit and the state Department of Corrections’ quiet move away from lengthy sentences in isolation. 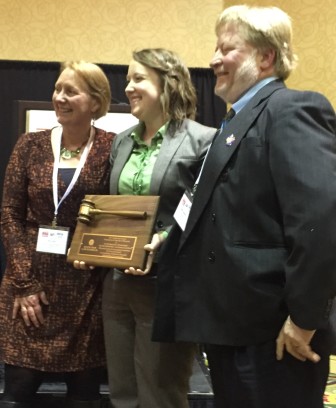 The winning pieces were three stories that documented the prison system’s contemplated changes in solitary confinement. One of the stories was based on records secured by the Center after it sued for the documents under the state’s Public Records Law. Those records revealed that the department’s new policy called for a 75 percent reduction in the maximum stint for the most serious offenses and eliminating punishment altogether for suicide attempts — which under the old policy could carry up to 360 days in isolation.

As a supplemental entry, the Center submitted a January followup story that revealed some inmates were not notified of the new policies, prompting them to unwittingly agree to additional weeks and months in solitary beyond the new maximum sentences.

Wisconsin is among several states reducing use of solitary confinement, largely in response to lawsuits and research showing that spending up to 23 hours a day with little or no human contact and little constructive activity can cause lasting psychological damage. A top United Nations official has said more than 15 days in isolation is tantamount to torture.

The award was given out Thursday at the Wisconsin Newspaper Association’s annual convention in Middleton. 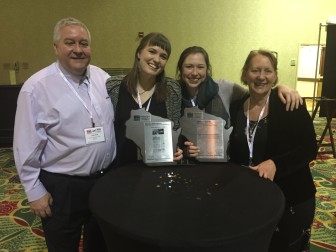 On Friday, Hall also accepted a first place award for investigative reporting for stories she reported in 2015 while working at the Wisconsin State Journal. Those stories, co-reported by State Journal reporter Matthew DeFour, revealed the questionable circumstances behind a failed $500,000 loan to Building Committee Inc., a Milwaukee business owned by one of largest donors to Gov. Scott Walker’s 2010 gubernatorial campaign.