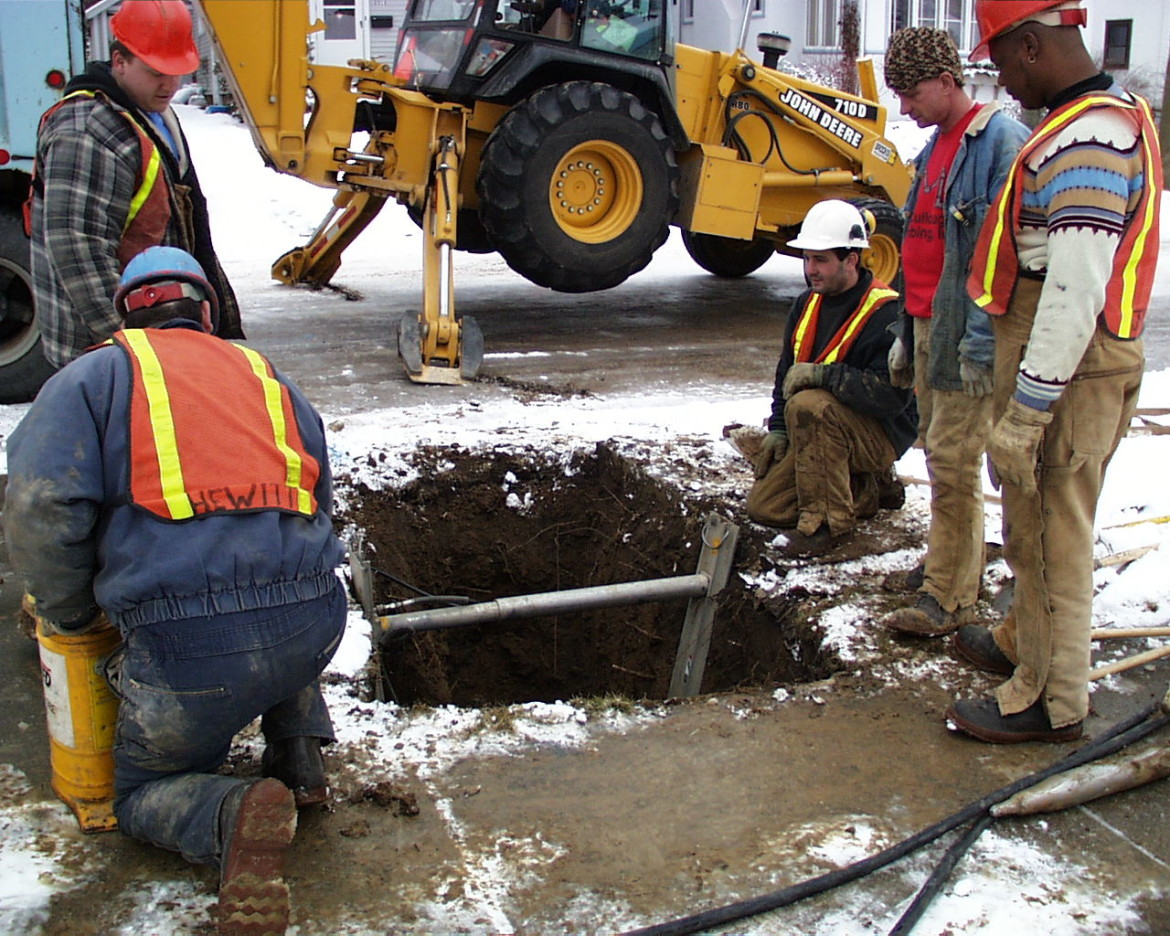 City of Madison crews replace lead service lines leading into a home. The city’s decade-long lead pipe replacement program, begun in 2001, is considered a model of how to remove harmful lead from municipal water systems. Current federal regulations require only replacement of utility-owned lead pipes, which can increase rather than decrease lead levels in water.

The Madison Water Utility was the first major utility in the nation to demonstrate that a full replacement of both the public and the private portions of lead service lines was possible.

But it was neither easy nor cheap. “It was quite a contentious thing,” Tom Heikkinen, the water utility’s current general manager, said at a regulatory meeting in May 2015. “I’m glad I wasn’t here at the time.”

The effort to replace all of Madison’s lead pipes took more than a decade beginning in 2001, and cost roughly $19.4 million. About 20 percent of the cost was borne by homeowners. The city covered half the cost of replacement, up to $1,000, for the 5,600 property owners who participated.

Robin Piper, the utility’s financial manager at the time, said the solution “made the most sense in the long run.” It made the city’s drinking water safe and did not pollute Madison’s lakes with orthophosphate, an anti-corrosive that was the other solution Madison could have chosen for preventing lead from leaching into water. 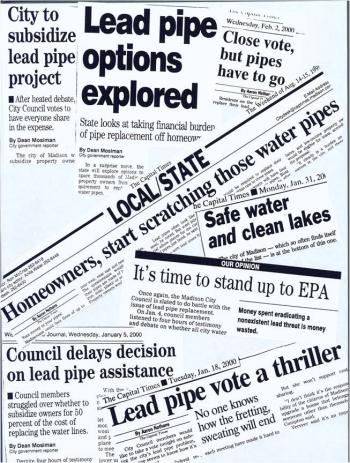 Madison’s decision in the early 2000s to replace all of the lead lines owned by the Madison Water Utility and private customers was controversial at the time but is now hailed as a model as the U.S. Environmental Protection Agency studies how to better protect drinking water from lead contamination.

Sandra Rusch Walton, spokeswoman for Milwaukee Water Works, said the cost of replacing all of that city’s 70,000 lead pipes has been estimated at between $511 million and $756 million.

Cost is not the only barrier, said Amy Barrilleaux, spokeswoman for the Madison Water Utility.

“Just getting Madison’s lead service replacement program approved by lawmakers and the agencies that oversee us took years, not counting the actual pipe replacement work itself, which took another decade,” she said. “It’s not surprising that other utilities have been reluctant to go down that path, but we’re glad we did.”

Speaking at the May regulatory meeting, Steve Elmore, the Wisconsin Department of Natural Resource’s public water supply chief, said because of Madison’s project, Wisconsin has “had a big part” in the current effort to rewrite the federal Lead and Copper Rule. An advisory panel has recommended that any updates to the rule require utilities to pursue full replacement of all lead service lines with customers.

Even full replacement of pipes must be approached with caution to avoid dislodging lead particulates that could linger in the tap water for several years, according to a study of Madison’s lead levels after the full replacement program.

One of the authors, Abigail Cantor, a Madison-based chemical engineer and technical consultant, had this message for water utility managers: “If we are going to replace these pipes, it has to be done correctly. … Lead is a bad substance. The level that humans can tolerate without any severe effects is zero. So let’s try to get the lead out of our water systems.”

This story was produced as part of The Confluence, a collaborative project involving the Wisconsin Center for Investigative Journalism and University of Wisconsin-Madison School of Journalism and Mass Communication reporting classes. The nonprofit Center (www.WisconsinWatch.org) collaborates with Wisconsin Public Radio, Wisconsin Public Television, other news media and the UW-Madison School of Journalism and Mass Communication. All works created, published, posted or disseminated by the Center do not necessarily reflect the views or opinions of UW-Madison or any of its affiliates.