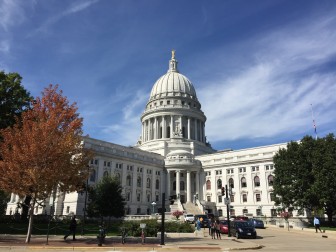 The Center for Public Integrity, a nonprofit Washington, D.C.-based journalism group, gave Wisconsin a grade of D — lower than in 2012 — in its report ranking accountability and transparency in each state’s government.

The State Integrity Investigation, conducted by the Center for Public Integrity, Global Integrity and Public Radio International, is a data-driven analysis of how each state’s laws and practices deter corruption and promote accountability.

A bill draft authored by Assembly Speaker Robin Vos, R-Rochester, that would have gutted Wisconsin’s open records law contributed to the state’s low score, according to the State Integrity Investigation report. That proposal, and another introduced but quickly rejected during the state budget process, would have allowed lawmakers and state and local officials to withhold documents and information revealing the inner workings of government.

Wisconsin received an F in six of 13 categories the report measured including public access to information, political financing, legislative accountability, judicial accountability, state civil service management and lobbying disclosure. All other indicators received a C or a D, except the state’s budgeting processes received a B+.

In 2012, as part of its overall score, Wisconsin’s ethics enforcement agencies received a B-, based on reporting by the Center’s Kate Golden who found that the nonpartisan Government Accountability Board, made up of six former judges, was considered to be much more independent than similar ethics and elections agencies across the country.

Wisconsin’s score was boosted in the 2012 report by the GAB, created in 2008 to help clean up state government. Republicans who control the state Legislature now plan to restructure the agency to replace most of the nonpartisan retired judges who run it with partisan appointees. The GAB has come under fire in part because of its role in an investigation into whether Gov. Scott Walker and conservative groups violated campaign finance laws by working together in recall elections.

Assembly Republicans introduced a bill Oct. 7 that would dissolve GAB and create two new agencies — the Elections Commission and the Ethics Commission — to oversee the GAB’s current responsibilities, which include running elections, monitoring the state’s ethics, campaign finance and lobbying laws.

The report ranks states from 1 to 50, which receive an overall letter grade, along with letter grades in 13 categories, including campaign finance, ethics laws, lobbying regulations and public access to information.

Patricia Simms, who previously worked for the Wisconsin State Journal for more than 40 years, graded Wisconsin’s government using 250 indicators based on interviews with government integrity experts and other research. Editors from Global Integrity and the Center for Public Integrity reviewed the journalists’ work for consistency and accuracy, and the results were independently reviewed by experts in each state.