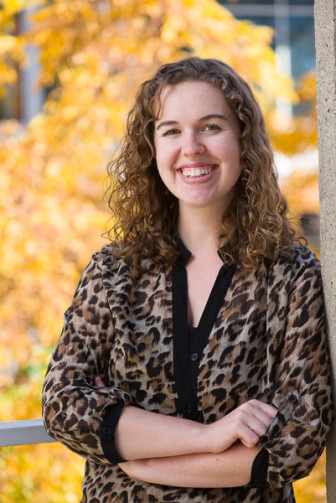 Bridgit Bowden, a multimedia reporter at Kansas City Public Television, has been named the first recipient of an investigative reporting fellowship that memorializes the work of Wisconsin Public Radio reporter Mike Simonson, WPR and the Wisconsin Center for Investigative Journalism announced today.

During the one-year fellowship, Bowden will work collaboratively with WPR and WCIJ to deepen her skills in investigative journalism, editing and on-air radio production.

“I am so honored to be chosen as the Mike Simonson Fellow. During this fellowship I hope to share my passion for radio storytelling and hone my reporting and production skills. I’m very excited for the mentoring I’ll receive from WPR and WCIJ,” Bowden said.

The fellowship is named for award-winning WPR Reporter Mike Simonson, who passed away unexpectedly in 2014. Funding came from private donors who valued Simonson’s legacy of investigative reporting.

“I know Mike would be thrilled as I am to have his name on this fellowship, and that listeners to WPR will benefit from Bridgit’s work. That’s what Mike was all about, teaching his students,” said Simonson’s widow, Jennifer Simonson.

Bowden is a 2014 graduate of the Missouri School of Journalism with a degree in Convergence Radio Reporting and Producing. Bowden has worked as a reporter and producer for Kansas City Public Television, KBIA Public Radio in Columbia, Mo., and Nashville Public Radio. Her work has appeared on Al Jazeera America and NPR.

“The creation of this fellowship is a superb way to honor Mike Simonson’s tireless mentoring of young journalists. Bridgit Bowden’s work over the coming year will enlighten the public as she digs into big Wisconsin issues — just the type of journalism that would have made Mike proud,” WCIJ Executive Director Andy Hall said. 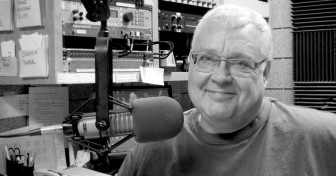 Simonson was known for both his investigative reporting and documentary work. He was recognized in 2013 with a National Headliner Award for his documentary titled, “Forever Ace: The Richard Bong Story,” and was honored throughout his career by the Milwaukee Press Club and Wisconsin Broadcasters Association. His journalism students at the University of Wisconsin-Superior were well-represented for their journalism at the Northwest Broadcast News Association Awards (now Midwest Broadcast Journalists Association). In November, 2015 Simonson was inducted into the UW-Superior Communicating Arts Department Wall of Service.

About Wisconsin Public Radio: WPR is a service of the UW-Extension, the Educational Communications Board and the Corporation for Public Broadcasting. For more than 95 years, WPR has served the people of Wisconsin with quality news, classical music, and talk radio programming. Listen, learn more and donate online at: www.wpr.org.

About the Wisconsin Center for Investigative Journalism: WCIJ (WisconsinWatch.org), a nonpartisan, nonprofit organization, is increasing the quality and quantity of investigative reporting in Wisconsin, while training current and future generations of investigative journalists. Its work fosters an informed citizenry and strengthens democracy.