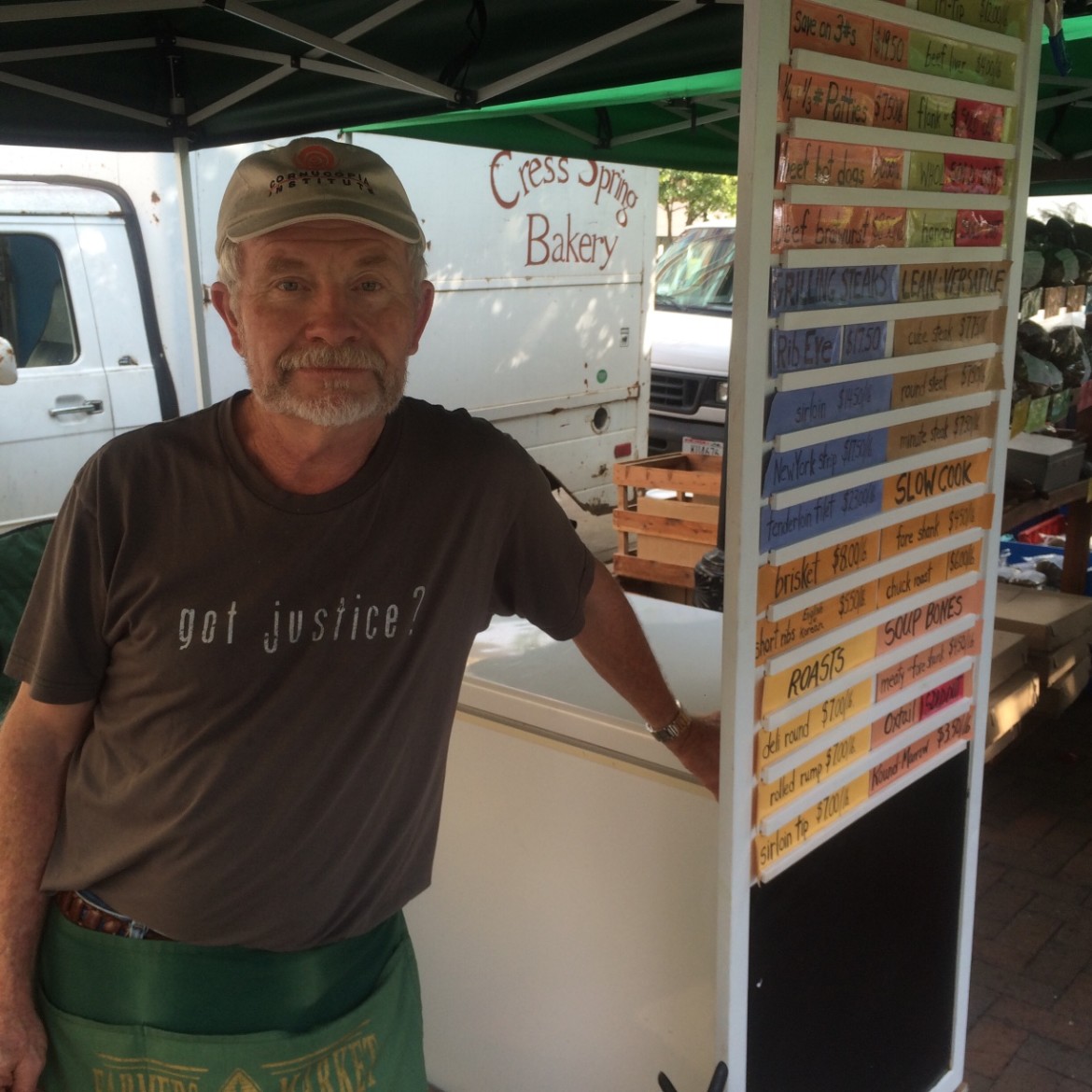 Sauk County farmer Jim Goodman, seen here at the farmers’ market in the village of Dane, said he believes Wisconsin’s nitrate problem has been exacerbated by “too many animals in too small a space” and the government’s failure to enforce pollution laws. Goodman is an organic farmer who uses nitrogen-fixing cover crops and manure rather than artificial fertilizers.

Nitrate in water widespread, current rules no match for it

In the early 1990s, Jim Goodman and his wife began to worry about how the chemicals they were using on the farm might affect their children. The fourth-generation Wisconsin farmer decided to make the shift away from conventional farming at his Sauk County operation.

Now certified organic, the farm includes 120 head of cattle on pasture, including 45 milk cows, and 300 acres of crops.

Organic farming brings new challenges: Goodman has to plan for where his cows will be grazing four years from now, and prevent weeds from growing instead of killing them when they pop up. He does not need to add synthetic fertilizers, relying instead on manure and nitrogen-fixing cover crops. He has little worry about groundwater impacts.

Goodman believes Wisconsin’s nitrate problem has been exacerbated by “too many animals in too small a space” and the government’s failure to enforce pollution laws. But he does not judge farmers who increase the size of their farms to survive.

Land use is another factor boosting the level of nitrogen in the water. In the Upper Midwest, millions of acres of grassland — which leaches little nitrogen into aquifers — have been converted into fields of corn, soy and other crops since 2008, according to University of Wisconsin-Madison researchers.

Taking land out of production or rotating crops such as corn with alfalfa that does not require so much nitrogen would help. But global markets and federal farm programs are not set up to encourage such shifts.

“My fear is that the state forgets how to grow anything but corn and soy,” said Kevin Masarik, groundwater education specialist at the UW-Stevens Point’s Center for Watershed Science and Education.