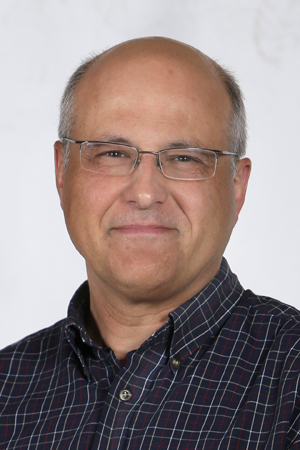 Follow the money. That’s one of the key lessons in politics, right?

Follow the money and you’ll be able to connect special interest donors to the legislators whose votes can benefit them.

But it might be about to get tougher — a lot tougher — to follow the money in Wisconsin politics.

On Oct. 15, a state Assembly committee passed an amendment to a campaign finance bill to end the requirement that donors to candidates for state office list their primary employer, as is now required for those who give more than $100 in any given year. (Under the bill, donors of more than $200 per year would still have to list their occupation.)

The amendment, authored by Assembly Speaker Robin Vos, R-Rochester, was introduced and passed on the same day, without a public hearing.

The bill itself was introduced just the week before; it passed the Assembly on Oct. 21. It would double the amounts that donors can give to candidates, and adjust these for inflation every five years. It would let donors give unlimited amounts to political parties and legislative campaign committees, while letting candidates coordinate with special-interest groups that don’t expressly advocate for or against a candidate.

Good-government groups and their supporters have blasted those changes. But eliminating the employer-disclosure rule is also a blow against state laws that presume openness in government.

The nonpartisan Wisconsin Democracy Campaign compiles a database of campaign donations, including donors’ employers. It’s an effective way to track trends in donations from employees of a particular business or industry to a candidate or party — that is, to follow the money.

Eliminating the requirement that donors say where they work will make it harder for “every good-government group and the media, as well as the public at large, to figure out who is really going to benefit from pieces of legislation,” said Matthew Rothschild, the WDC’s executive director. He notes that, while donors would still have to list their occupation, descriptions of “attorney” or “executive” are so broad they hardly provide true disclosure.

Vos and other supporters of the provision have said it’s needed to protect donors’ privacy and shield their businesses from boycotts if it’s discovered that employees have made contributions to a candidate. Rothschild rejects this reasoning: “If they’re going to be giving scads of money to politicians, they should face the music for doing that.”

The disclosure requirement also helped in the investigation and prosecution of Wisconsin & Southern Railroad Co. chief executive William Gardner, who in 2011 pleaded guilty to two felony charges in connection with donations made by his employees. Prosecutors said Gardner used the employees to make contributions above the legal limits.

Without employer information, in the future those dots might remain unconnected.

Though the bill was on a fast track through the Assembly and has passed a Senate committee, there are signs that it may not pass the Senate without changes.

That means there’s time for members of the public to let legislators know they won’t stand for  government moving further into the darkness.

To protect the public interest, we need enough light to follow the money.

Your Right to Know is a monthly column distributed by the Wisconsin Freedom of Information Council (www.wisfoic.org), a nonprofit group dedicated to open government. Council member Larry Gallup is Gannett Wisconsin Media’s audience analyst and the former opinion editor at the Post-Crescent in Appleton.